Tales of Love and Hate.

Idea Factory didn’t work on this, did they? 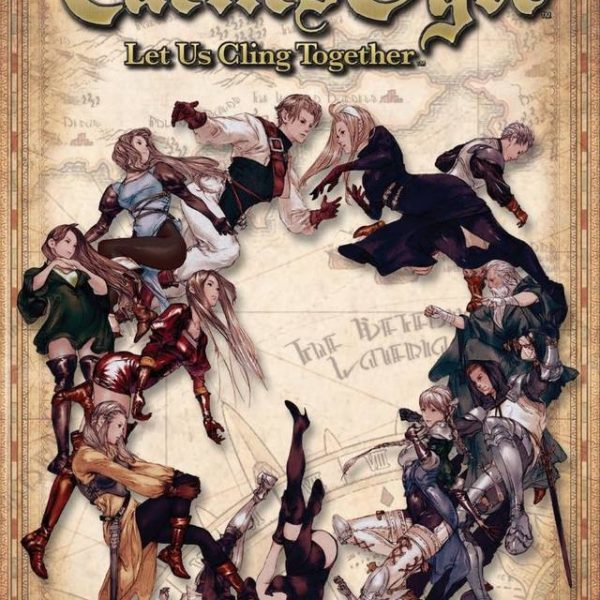 Remember when Square Enix and some folks remade Final Fantasy Tactics for the PSP? Despite some loading issues, it was relatively well received thanks to a new translation, new movies and some new classes. It should go without saying that hearing of Tactics Ogre: Let Us Cling Together’s even bigger remake made every fan of the series, the SRPG genre and probably fans of FFT excited. The back of the box says that the game has been re-imagined from the ground up. An ambitious feat, especially for the die-hard fans from the early days. As the game begins, it’s obvious that care has been given to the script and to the new features for this version. However, as the game progresses closer and closer to the end, these same systems and a few other problems turn the game from fun to tedious. Strategy games can be tedious due to their nature, but this revamped version of Tactics Ogre: Let Us Cling Together brings it to a level eerily similar to a game developed by the infamous Idea Factory. Unlike an Idea Factory title, TO: LUCT was meant for a wider audience.

Before talking about the changes, I think it’s important to look at the aspect that didn’t get a change: the visuals. While the recycled sprites look sharper and the character portraits are much better looking than before, the PSP version of TO: LUCT has the graphical capacity of an early Playstation game or a late Super Nintendo game. To me, this is a fine decision. I’ll always prefer 2D sprites over 3D polygons. That said, the sprites could use a bit more size and color. They’re tiny little things and their spells, special attacks and skills don’t perform the way they should on the PSP. Still, they get the job done. In terms of music, Sakimoto’s and Iwata’s original score sounds amazing. Fans of theirs will recognize their style and the orchestrated upgrades to these classic tracks are superb.

I haven’t played the original version of Tactics Ogre: Let Us Cling Together, but my understanding is that the story is the same, just with an enhanced script. Dialogue plays out in typical fashion and an old English type of dialect is used during the character’s speeches. Similar to how it was in the Final Fantasy Tactics remake, characters speak with more elegance and charm than they probably did in the original version. This adds more dramatic flare to the story, which is one of the game’s highest points. Taking place in The Valerian Isles, three clans are trying to conquer these prosperous islands. Duke Ronwey of Walister is one of the monarchs of one of these clans. Three young people are now fighting for a resistance to find the duke and bring Valeria peace. Denam, a young knight who fights to avenge his father; Catiua, Denam’s sister who trained to become a sibyl; and Vyce, a childhood friend of Denam with a sharp tongue. As you control Denam, you’ll be given choices that influence which path you take, as well as which ending you witness. When you finish the game, you can use the World Tarot System to return to certain points of the story and see what would happen if you picked another option. This is a great idea because it allows you to see all sides of the story without having to start a new game. There is so much to see, that the World Tarot becomes more of a necessity than a nifty bonus. Denam and his allies, plus a slew of other unique characters all take part in this wonderful plot about war, politics and corruption.

The World Tarot is one of the biggest upgrades from the original. The second biggest upgrade comes with battles. Prior to the battles, you will need to open the menu screen to manage your characters. The most you can have in battle is 12, but you’ll acquire way more than 12 during the game. Managing your character’s equipment, their skills learned from SP, and classes can take a while to set up. However, the reward is usually worth it when you begin to build a perfect party full of hearty warriors. Near the end of the game, you’ll have access to a plethora of unique classes besides the typical knights, wizards and priests. There are also a variety of monsters that can join your ranks. Despite all of these subtle upgrades, the biggest change of all is in the battles themselves. Like most SRPGs, you move your characters on an isometric grid across tiles. From there, you can pick an option such as attack, items, magic, etc. If you execute an attack and later decide you don’t like that, you can hit a button to implement the Chariot Tarot. This means you can go back to a turn, try a new move, and see how the rest of the battle plays out. It costs you no penalty to use the Chariot Tarot, and those looking for new ways to achieve victory or those who accidentally hit a comrade with an attack can take a sigh of relief at this awesome system. You can go back a whopping 50 turns if need be, making the Chariot Tarot a gift to all SRPG fans.

When you are victorious in battle, your classes will level up instead of your individual characters. This system is similar to the one found in Valkyria Chronicles. You don’t have to worry about a favorite character being too low of a level as long as you have a high level class. However, this system works against you most of the time. One reason is due to recruitment. Certain characters can be recruited on the battlefield, but when they join your troops, they will be the level of your party’s character. Thus, a level 20 wizard will join as a level 10 wizard if your wizard class is at 10. This makes obtaining new classes especially unfortunate. Sure, you can keep Denam as a knight the entire game, but it would be fun to see him as a ninja or a swordmaster. This system really stinks when you acquire a story character. Just because someone is a level 22 White Knight on the battlefield doesn’t mean he’ll join as a level 22 White Knight. Instead, he’ll join as a level one. It’s really upsetting because it means you either have to grind for levels and skill points, or you have to make a new character something higher leveled. Adding more insult to injury, enemies will match your levels for your highest classes. This level building system makes it so you don’t have to have a character perform during battle. Unfortunately, it also means you can’t experience all that the new classes have to offer unless you’re willing to sink in hours of extra grinding.

Which brings me to my next point. The reason I felt as though I was playing a game from Idea Factory was because it became a necessary evil to grind, micromanage, perform tedious weapon crafting and deal with some terrible balance issues. If you want to breeze through the game, you can make a team of archers. Usually a class that gets overlooked, archers are amazingly powerful and potent. But where’s the fun in that? Those who wish to make a team filled with a variety of classes will have to deal with punishing challenges in the final chapter. This means you have to level build and equip the right skills as well as finish a bunch of side-quests. Side-quests are time consuming, even for a strategy game. The rewards you get usually involve a new weapon or a new character, but remember the issue with characters when you first recruit them? If they are the first of their kind to join, they will begin at level one. All in all, Tactics Ogre falls flat near the end of the game when you have to tirelessly grind and complete insanely long side-quests.

Tactics Ogre: Let Us Cling Together is an ambitious remake of a huge game. Getting to the end of your first file can take 40 hours. Seeing everything, even with the World Tarot, can mean another 50 hours. Combine those with the necessary side-quests, including a 100 floor dungeon, you’re looking at well over 150 hours of game time. While the content is vast, the story is exceptionally written and the music sounds wonderful, this enhanced remake falls apart near the end of the game when its various systems work against it. Instead of implementing strategy for the final battles, all you’ll need are a few archers and some healing items to get by without a hitch. Or, you can attempt to build a party of your favorite classes only to realize how difficult and unfair things will be near the end. If this were an Idea Factory title, then I’d expect all of these flaws. However, this is a game that comes from a variety of minds that have a long history in this industry. Unfortunately, their finished product is not worth playing unless you’re a die-hard SRPG fan and willing to sink copious hours of playtime into it.