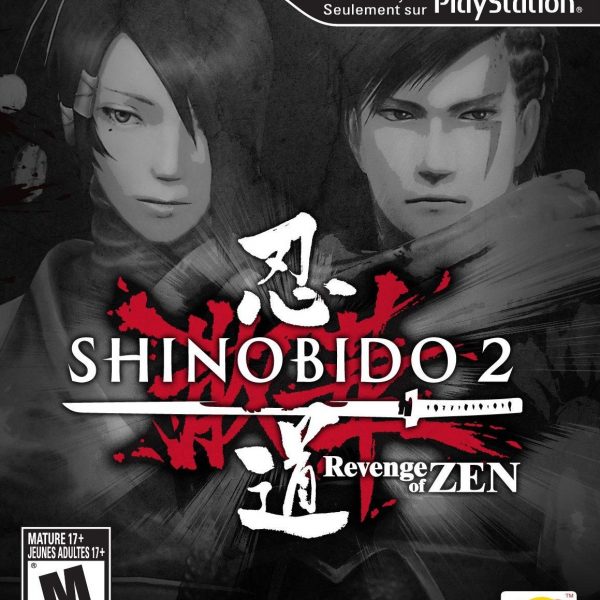 I’ll just throw this out there: the only reason why I purchased a Vita when I did was because it meant I’d get a bonus 25 dollars in PSN money. So, what does a Vita owner do when all of the money is spent? Well, this particular Vita owner decides to purchase a game that is a spiritual successor to his beloved Tenchu series. Also, this person decides to stop talking in the third person starting now. Ahem. Shinobido 2: Revenge of Zen has the feel of a Tenchu game, but due to some technical missteps, a poorly written story and uninteresting characters, it’s difficult to recommend this game.

S2:RoZ is about a ninja named Zen on a quest of vengeance. A friend of his died and he’s not happy about it. In order to fully get his revenge, he needs to take advantage of the war going on between three factions. By performing freelance work for each faction, he’ll gain influence with them and slowly cripple them from the inside. It’s a unique idea, but the effects of doing this aren’t as prevalent as you would think. Zen’s revenge is the central focus of the story, but unfortunately, neither that nor the war taking place are very interesting. There’s also something about gathering ancient relics, but it feels even more out of place than the rest of the game’s narratives. Even the characters leave something to be desired. Most of them are ninja and in this world, ninja automatically equals awesome. Yet, I never find myself rooting for Zen nor do I despise any of the villains. In Tenchu, you can bet that I was always on the side of good and slaughtering foes for justice in the name of Rikimaru and Ayame. Shinobido 2 is different.

However, the important thing for stealth-based games is that they are fun and engaging. Shinobido 2 is playable, but you’ll never find yourself wanting more after completing a few missions. This is partially because the same areas, while beautiful and detailed, get used over and over. And over again. Sure, the mission might be different, but the area will be the same. Missions include killing all enemies, retrieving goods, sabotage, and other varieties of tasks that simply put you into an enemy camp and let you get some stealth-killing action. Stealth-killing is always a joy, but this has to be the most idiotic AI yet. Due to the way environments are set up, you’ll be hanging from ledges and knocking stuff over, but the enemies will NEVER suspect that something could be awry. Zen is also able to fight with his sword, but this will only happen during story events because I can guarantee you the AI will never grow suspicious of your activity. He can create a combo and block, and is a very agile son-of-a-gun. That said, stealth killing is still enjoyable. Depending on your position, you will execute a different type of kill. As you finish missions, you can level up certain abilities. One of these is a long-distance stealth kill. Zen gains experience very slowly, but watching some of his new skills happen at the expense of a goon does provide some entertainment a few times. Finally, items can be used to help you and hinder your foes. This is where the game can get especially buggy; projectile items don’t move like they should and it can lead to some graphical issues. The good news? You can tap into your inner Atelier and make your own items. It takes a while to understand, but it does provide a nice distraction.

The game features some fair voice acting and a fitting selection of music. Trophy hunters will be happy to know that this is one of the easier games for trophy collecting, but not a very fun one. Once you finish the game, you unlock a few new features. Despite all of this, Shinobido 2: Revenge of Zen doesn’t satiate that lost feeling of all things related to Tenchu. Better controls, more variety and a smarter AI would have made this game perfect for any ninja aficionado. Unfortunately, the game screams average to below-average in nearly every aspect and, ultimately, makes it perfect for no one.