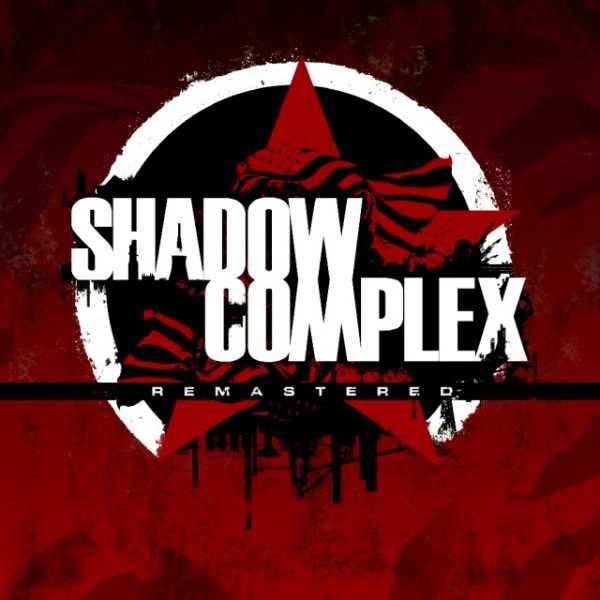 Did you ever go into a game with anticipation, only to get somewhat let down the further in you got? That’s how I felt with Shadow Complex Remastered for the PlayStation 4. Folks and forums alike kept saying that this game was in the same style of the “Metroidvania” type adventures. Plus, it had an interesting premise in which a seemingly average person gets swept up into a conspiracy of epic proportions. In the end, I feel foolish for being excited about playing this Shadow Complex and for stressing out about trying to snag a copy from Limited Run Games. It’s not a bad game, but I’m confused by all of the praise it receives.

Shadow Complex has an explosive introduction. You take control of a soldier, wearing a splendid suit of armor as he easily wreaks havoc on enemy soldiers and destroys a helicopter. Unfortunately, that splendid suit of armor starts to malfunction and the results end in the loss of a very important political figure. We are then taken to the Olympic Mountains in Washington where we meet Jason Fleming and his girlfriend, Claire. The couple decides to go backpacking, but things take an enigmatic turn. Claire decides to go ahead, but ends up being capture by a group of heavily armed soldiers. She is then taken to a massive complex filled with weapons, advanced technology, and soldiers ready to strike any intruders. Jason fearlessly heads into the complex to save Claire and put a stop to the people behind her abduction. After the initial scenes when Claire is captured, it sounds like the story is going to be interesting. The further you get, the more predictable things become. In fact, I was able to figure out the truth long before the game ends. Still, Jason is a fun guy to control. He has a good attitude about the situation and keeps pressing onward when the situation looks grim.

Jason is excellently voiced by Nolan North. The rest of the voice acting is just as solid. While the music in Shadow Complex is slightly lacking, the voice acting and sound effects help make up for it. The sounds of gun fire, explosions and enemies screaming as they fall to their death is always exciting. The graphics are fine, but inconsistent. The characters look and move awkward during the story events, but when you’re controlling Jason things are much smoother. The enemy designs are lacking, but the complex is varied. Sometimes, it’s not clear where exits lie.

Playing Shadow Complex has a similar level of inconsistency. The game is set in a 2.5D graphical style but controls are limited to 2D. In other words, Jason can only move up, down, left and/or right. At the start of the game, he can’t do much. Overtime, he will start acquiring new weapons, sub-weapons, and a suit of special armor that can earn upgrades. All of these slow and steady improvements will allow him to access areas that aren’t immediately available. With the use of grenades, missiles, foam, the ability to move at hyper speed and much more, Jason will go from everyday man to a modern day super soldier. Copious upgrades can be found throughout the game, too. Exploration in Shadow Complex is almost always fun. While the map can be slightly misleading, getting the ability to go back to previous areas and make new discoveries is a treat. Shadow Complex would have greatly benefited from a shortcut system. The map is massive; backtracking can end up being time consuming.

The combat in Shadow Complex is where the game loses massive points. Jason acquires a variety of weapons that are used to access new areas, but more importantly, to kill anyone who stands in his way of rescuing Claire. Most of the enemies consist of soldiers that are armed with some sort of firearm. Jason will automatically aim at his enemies as they attempt to stop him in his tracks. However, unlike Jason, these enemies can move in all directions. This is where most of my frustration lies; the aiming mechanic in Shadow Complex is fickle and sensitive. Enemies are relentless; there is a sense of urgency to defeat your enemies as quickly as you can before they can defeat you. The needs of correcting the auto-aiming, constantly reloading, ducking, switching between sub-weapons, and picking up item drops can make a normally fun formula go south in the blink of an eye. The “Metroidvania” style games I’ve played always had tight, precise controls. They also only existed in two dimensions. Most of them have been challenging, but fun. Shadow Complex is challenging, but the fun happens when there isn’t an army of soldiers trying to fill you with lead.

Finishing Shadow Complex the first time only takes about six hours. With multiple levels of difficulty, leader boards, and bonus stages, there are plenty of reasons for those that do enjoy Shadow Complex to go back for more. Those who are hoping to earn all of the trophies will have to put up with some grinding, some challenges, and some bizarre requirements. Shadow Complex Remastered is not a bad game, but I’m wondering where all of the adoration for it comes from. With some polish added to the controls, this game would close to perfect. Those that are looking for some classic, Metroid-like action should enjoy Shadow Complex, but there will be some growing pains that lead up to that enjoyment.

Overall, 6/10: Shadow Complex Remastered can go from fun one second to messy the next; some improved combat could have made this a classic.