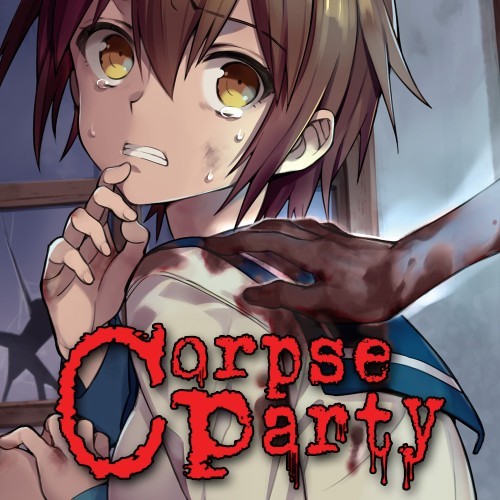 The Corpse Party franchise has been around for years, but I finally had the opportunity to play the enhanced port of the first game on the Nintendo 3DS thanks to the release of the Back to School Edition. My love for adorable figurines and free soundtracks aside, I was really excited to get into this game. At a glance, Corpse Party looks like it would be a traditional, 2D RPG with a standard story and turn-based battles. However, moments after it begins, it’s clear that Corpse Party is anything but traditional. Despite its appearance, Corpse Party’s material is violent, exploitative, and not for the faint of heart. With the use of an amazing translation by XSeed, visceral sounds, and fantastic voice acting, Corpse Party creates a game that will make your imagination run screaming in terror.

The game begins in a classroom at Kisaragi High School. A group of students just finished a festival and decided to remain longer to tell ghost stories. After the stories end, the class decides to perform a paper doll ritual which would allow them to remain friends until the end of time. Unfortunately, something in the ritual goes wrong and the group ends up in an alternate dimension where a previous school called Heavenly Host Elementary existed. Years ago, Heavenly Host was demolished due to a series of kidnappings, murders, and scandals. Now, the students need to figure out a way to get out of this corpse filled space.

The main character in Corpse Party is Satoshi Mochida. A natural leader due to his good nature, he makes a solid protagonist in this story. However, every character, no matter how little screen time they get, is well developed. You will really enjoy getting to know these characters and feel for them as they struggle with all of the tragedy that went down in Heavenly Host. Some characters will end up dead. Some characters will end up turning on the others. There are plenty of secrets that will get revealed the further you get. The story is Corpse Party’s claim to fame. Not only are the events surrounding Heavenly Host Elementary gruesome, but the level of detail that the writing gets into makes you cringe. Taboo topics such as rape, cannibalism, suicide, self-mutilation and much more get explored due to the unfortunate folks that didn’t make it out of Heavenly Host Elementary alive. Rather than show you, usually the game’s script puts an image in your head that is likely more terrifying than an actual picture.

However, there are still some gory and disturbing images. Most of the time, you are looking at 2D sprites in scummy environments that add to the atmosphere. You can interact with a variety of objects, dead bodies included, to learn more about them. Many of the bodies have name tags, which can be viewed in the main menu. These reveal how the person they belonged to died. When you least expect it, you’ll witness artwork depicting a character’s death or some other form of imagery that pushes the game’s M rating to the max. The artists went all out in showing as much as they could. The haunting music and sounds also deserve a mentioning. The sounds used to portray blood and organs getting ripped apart bring the gruesomeness to your ears. Characters are fully voiced in Japanese only. Get used to hearing them scream and shout bloody murder. These actors and actresses are committed.

With all of the excellent writing and presentation, it’s a shame that there are times when the game play can’t keep up. Corpse Party is divided into five chapters. Each chapter requires you to explore the abandoned school, solve some puzzles, uncover key objects and open up new areas. There will be times when volatile ghosts or unsavory individuals will be chasing your character. If you can’t get away from them, you will unlock a Wrong Ending. Making a wrong decision or letting a timer runout will also result in some sort of Wrong Ending. At first, these can be interesting to watch because it will explain the bloody details of a character’s death. However, if you slip up and make a similar mistake, you will be stuck watching the entire thing again. Corpse Party allows you to fast-forward text with the X button, but you are unable to skip scenes. It can get frustrating to have to replay the same scene over and over. Other issues include save points being too scarce, a lack of direction in certain chapters that will cause you to consult a guide, and some dialogue scenes that get too long-winded.

Despite those problems, Corpse Party is a great title that is part survival horror, part visual novel, part stealth and part RPG. And yet, it still feels like something completely original. Finishing the game will take around ten hours, but there are tons of extra scenarios, Wrong Endings, and items to uncover that will let you clock in more hours. I’m glad I finally got a chance to play Corpse Party as a physical release. Hopefully, that trend will continue and its sequel, The Book of Shadows, will follow suit. This is a series that stands on its own and helps define the horror genre.

Overall, 7.5/10: A story with more blood than Red Cross and more disturbing imagery than modern day torture-porn, Corpse Party comes recommended to all fans of horror.