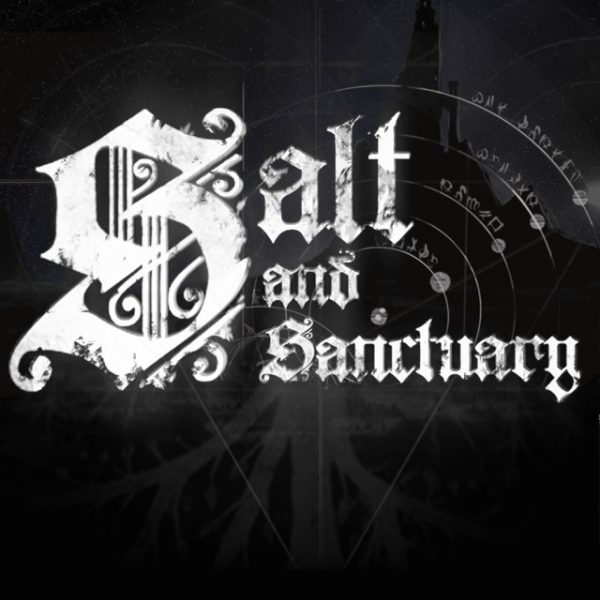 Salt and Sanctuary begins with you creating a goofy looking character. You’ll choose their gender, hair color, hair style, skin tone, and more. Following that, you can select their class and starting gear. The journey begins with you on a ship that is carrying a princess from an unnamed country. Unfortunately, pirates attack the ship and kill everyone inside. As you fight your way through them, a sea monster called the Unspeakable Deep obliterates you. At least, that what it looks like. After the encounter you wake up on a mysterious island. The sea is black. White particles are falling from the sky. The sun isn’t shining. Worst of all, horrific creatures are everywhere and want to finish what the sea monster started.

Just like Dark Souls, the lore in Salt and Sanctuary isn’t fully explained to the player. Instead, you need to seek out NPCs, read descriptions from items, go through the beastiary, uncover messages in bottles and, ultimately, put all of those pieces together to get the full story about the island. I ended up reading a story synopsis online after the credits rolled to fill in some blanks. But, my fellow gamers and I don’t go into a Souls-like with a compelling narrative in mind. No, we go into it for the exploration and the combat. This is where Salt and Sanctuary delivers, but also has the most issues.

Let’s start with the good. The island setting is filled with secrets and hidden passages. Exploring new areas is always a treat. Taking a cue from the Metroidvania sub-genre, Salt and Sanctuary rewards players who take time to discover as much as possible. Of course, with discovery come combat. Combat is easy to learn and filled with options. The HUD shows a health meter, a stamina meter, and all of your equipment. Your character can perform a variety of attacks depending on their weapon, as well as dodge and jump. While you pick a starting class upon a new game, you can essentially become whatever you want thanks to a unique leveling mechanic called the Tree of Skill. When you level up with Salt from enemies, you acquire a Black Pearl. Place Black Pearls on the Tree of Skill to build a character to your liking. Do you like heavy weapons? Do you prefer archery? Would you rather nuke enemies from afar with magic? All of this possible. Just make sure you’re not above your weight limit. Otherwise, your character won’t be able to move swiftly.

This actually brings me to my biggest issue. Sort of. Salt and Sanctuary is a 2D game. A character in Salt moves more fluidly than they would in Souls. Platforming plays a major role in navigation. In fact, as you progress, you’ll gain the ability to air dash and spring off of walls. My immediate thought with all of this is that my character could zip through through the island. Sure, there might be a few deaths from bosses or taking risks, but that’s part of the Souls formula. You fall to an enemy, kill it to reclaim your lost Salt, and move on. These are the challenges you welcome with this sort of game.

The truth is, the majority of deaths in Salt and Sanctuary come from gravity. Fall damage is not only real; it’s a major hindrance. To add insult to these fall injuries, every time you die from a fall, a bat-like monster materializes in the place where you went splat. Returning to said place to try a jump again becomes bothersome because of this winged nuisance. The game would have been more enjoyable if it didn’t come with so much required platforming. Another issue come with Sanctuaries, areas where you build your character and gain levels. To activate Sanctuaries, you need be part of a Creed. Creeds are poorly explained, and trying to do so in this review isn’t worth the effort. One minor nitpick is that the music isn’t anything worth listening to. Thankfully, most of the game is silent. It adds to the isolated atmosphere of the island.

I’m trying not to sound too salty (see what I did there?) because Salt and Sanctuary is a fun game. Another aspect of the fun comes from the game’s presentation. Your avatar might be look like a silly cartoon, but don’t let that fool you. The monster designs in Salt and Sanctuary are beautiful, bizarre and brutal all at the same time. From the towering bosses to the crawling creatures, seeing new monstrosities is a terrifying and fun experience. The world you explore is just as creative. Avoid playing the game in handheld mode if you go the Switch route. The dark areas and tiny sprites will be too difficult to see on the tablet.

No matter which console you go with, you should still give Salt and Sanctuary a try if you’re any sort of Dark Souls fan. It’s a short game, even with the copious death-drops. New Game Plus allows you to carry your character over with all of their stats and gear while facing powered up enemies. The plethora of equipment and builds means no two playthroughs are the same. I know I’ll return for another file. I’ll just be more steeled for next time since I know that falling is inevitable.

Overall, 7.5/10: Expert gamers worth their salt will get the most enjoyment from Salt and Sanctuary. Just try not to get too frustrated when you continue to fall to your death.