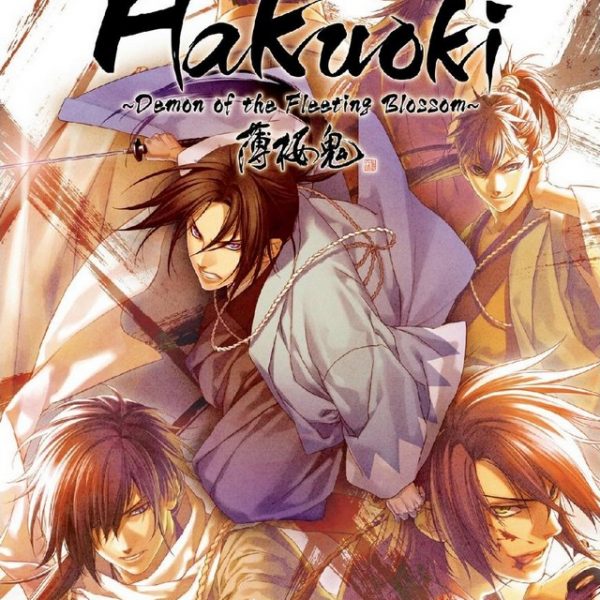 Before you begin reading my thoughts on Hakuoki: Demon of the Fleeting Blossom, you need to know that this isn’t your average adventure. In fact, this is the first time (to my knowledge) that the USA has received an “otome” style game. These sorts of games put you in the shoes of a young female, navigate this young female through a scenario, and allow you an attempt at finding romance with one of many potential bachelors. Hakuoki is no different. There is no action, no leveling up, no puzzles to solve and no time limit to reaching a checkpoint. Thus, if you don’t like heavy dialogue and character development, you won’t like Hakuoki. That all said, I was pleased with being able to play something different for a change. Aksys knows how to translate a title from Japan, and with a game like Hakuoki that has a surplus of text, they delivered. The majority of gamers out there won’t be in any rush to play a title like this, but for those of you who enjoy ancient Japan, a strong plot and the super natural, you might find something worth exploring. Of course, those who like romancing bishounen will be in heaven.

Hakuoki takes place during the last few years of Japan’s Edo period, a time in which shoguns of the Tokugawa family ruled the country along with their Daimyo, powerful and influential lords of Japan. The main character, Chizuru Yukimura, has left her quiet village for the big city of Kyoto in order to look for her missing father. As she searches for information and clues, she has a run in with a bunch of thugs who seem to be stronger than the average human. With white hair and red eyes, they almost look as though they are demons from a fairytale. Luckily, Chizuru is saved by a couple of handsome men from the organization known as Shinsengumi. The Shinsengumi consist of skilled but masterless samurai, and have done well in earning a profit during this odd time in Japan. Now, Chizuru is being kept in their base until answers start appearing about her father, the red-eyed humans and the political fate of Japan. And who knows? She might be able to find her prince charming as well.

Characters and plot progression: those are the selling points for Hakuoki. You’ll read lots and lots and lots of dialogue and the only button you’ll need to press is the X button. As you continue with the game, you will have the option to make certain choices which will influence which man you spend the ending with. It’s as simple as that. However, the plot is quite intriguing and meeting the huge cast of characters is a joy. Aksys did a great job at translating this intriguing tale, and they also added some options to make the text scroll by in a flash in the even you’ve already seen a certain part of the story take place.

The graphics in Hakuoki are similar to what you’d expect from an Idea Factory game: gorgeous but static character art pasted in front of various backgrounds. Every now and then, you’ll see an event illustration, which are beautiful, but there is no animation at all. Most of the time it feels like you’re reading a book because you have to use your imagination. Your mileage may vary with that. However, the entire game is fully voiced in Japanese. The music is great, but it can get distracting when you’re trying to read and visualize the goings on. You can adjust the various volumes and text speeds, but that’s about as far it goes when it comes to the graphics and music.

There you have it, folks. That’s all there is to Hakuoki: Demon of the Fleeting Blossom. There is reading, reading and more reading. You might make a choice here or there, but overall you’re going to be reading what happens to Chizuru and influencing her relationships during select points in the game. I can’t stress enough that this is not a game for everyone. Do you want action? Look elsewhere. Do you want puzzles? Look elsewhere. Do you want to walk around and hit things with katanas? Look elsewhere. Hakuoki is a very different type of game, but those who enjoy different will enjoy Hakuoki. Sure, most games of this nature are geared towards young girls, but trust me when I say that this game has earned its M rating. If you’re an open minded gamer like me, pick up Hakuoki: Demon of the Fleeting Blossom so you can get your first taste of otome style games and experience an exciting story.