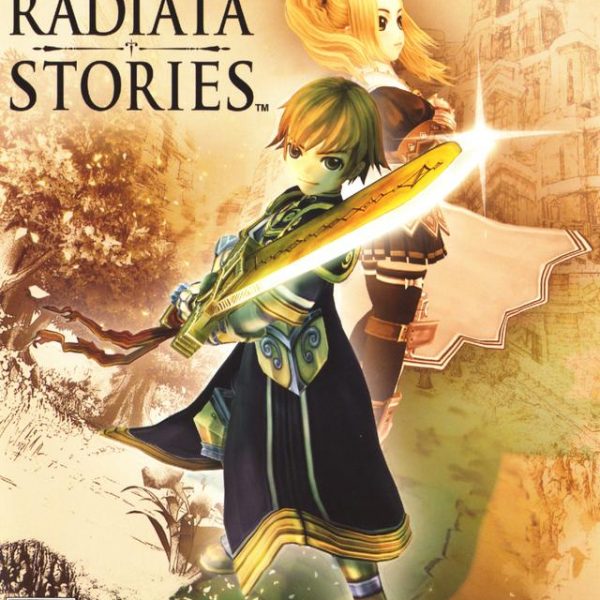 Author’s Note: This review was originally posted on June 7th, 2006.

It’s hard to believe that I actually clocked nearly 80 hours in an RPG. I haven’t done that in a while! Radiata Stories from Tri-Ace is a long, exciting adventure for the PS2. While it didn’t sell well in Japan, it still found it’s way to the American shows. Again, it wasn’t well received by many people but I for one found it to be great. With so much to do in the game, it’s no wonder why I lost track of time in more ways than one!

The story of Radiata Stories stars the loveable, wisecracking hero Jack Russell. Yearning to become a great knight like his father Cairn, Jack goes the Radiata castle to become a knight on the morning of his 16th birthday. What starts as a dream to become a great warrior becomes so much more for young Jack and his friends. He’ll travel all across the kingdom of Radiata encountering humans, elves, dwarves, goblins, and monsters.

With so many dark RPGs out there, it’s nice to finally have a light-hearted quest. Jack’s adventure is one full of laughs; even during some of the more serious parts there will always be someone with something witty to say. While the story itself is nothing thought provoking or deep, there are times when you will be left a bit shocked as to who is who and as to why something happened. Sure, it can be predictable, but overall I really enjoyed watching Jack’s story unfold because it wasn’t as serious as most RPGs are nowadays.

Jack is able to recruit over 170 characters in this game. Sounds kind of harrowing, I know, but most of them are easy to recruit. What’s really cool about Radiata Stories is that time is always flowing (like in Ephemeral Fantasia). All characters have set schedules and go about their daily lives during the day and night. For instance, Elwen investigates the sewers during certain hours of the day, and then returns to her office in the night. Some characters are all over the city of Radiata. With so many characters, you’re probably wondering if there are some that can be missed. Unfortunately, yes there are, but that’s what a strategy guide is for. I seriously spent most of my time in RS recruiting characters. After you recruit them, you can open up the menu screen to learn about them. While none of them, with the exception of Jack and some other main characters, become well developed, they all have an interesting back-story to them. You’ll have everyone from farmers to thieves join your group, each with their own unique personality and past.

Other things that you can do in this game include purchasing items from shops, finding sound clips to the various areas of the game, and of course…hunt for treasure. However, in RS, you don’t examine items by just checking them. Jack actually kicks things with the push of the X button. By kicking rocks, stools, trees, chairs, and so much more, Jack is able to uncover hidden items. Jack can also kick people. Kick them once, and you get a verbal warning. Kick them twice, and you get into a fight! Kicking things is one of the most amusing parts of the game.

Since I mentioned that you’d get into fights by kicking people, let’s focus upon the battle system. Like most Tri-Ace games, this is a real time battle system. While you are only able to control Jack, you are able to do a lot of options with him. The AI controls three other party members. First off Jack can equip short swords, long swords, spears, and axes. He is able to learn powerful moves with all four weapons. You set the moves in the menu screen. Each weapon has a certain CP. When the CP is filled up, you can’t put any more moves on that weapon, so obviously the more powerful moves require more CP. In battle, you hit the circle button to attack your enemies. With every successful attack you land, you get one Volty Point. With 10 VPs, you have the ability to use a Volty Blow. Each weapon Jack uses has a Volty Blow. They are generally more powerful than the regular attacks. If there is 100 VP, you can use a Volty Blast…which is sort of like a finishing move, dealing colossal damage. Other members of the party, as well as certain boss enemies can use a Volty Blast, however the bosses have their own meter.

At the start of the game, Jack is under the control of captain Ganz. Eventually, Jack is able to recruit friends of all shapes and sizes. In battle, Jack is able to give commands to his team. He can tell them to heal, stay back, support each other, and even let loose a Volty Blast if the character can use one.

Unfortunately, battles aren’t very involved as they sound. Just mashing the attack buttons will do the trick. The game is relatively easy, even in the bonus dungeons. There will be a few fights that will test you, but in the end I had no trouble completing this game at all. As I said above, the game lasts 80 hours, but that is mostly if you wish to do the recruiting. There are numerous side-quests at the guild you can do, as well as a huge world to explore. Both of those mentioned aspects tack on some good hours to the game. There is a branching story path, and tons of party members to try out so the game definitely has some replay value. I will be going back for the second time after I take a break from it for a while.

Graphically speaking, Radiata Stories is awesome in so many ways. Not only is the world of Radiata colorful, it’s ever changing. By this I mean the surroundings and settings change depending on the type of day, and you can actually see the change going on. The characters are just as nicely done, fully expressive and animated. Some of the scenes involving Jack are quite humorous, mainly because he is so emotional and the graphics do a great job of bringing him to life. The same praise can be said about the sound and music. There are many a great tune to be heard in Radiata Stories, however the soundtrack isn’t necessarily worth hunting. Voice acting is also top-notch, although a few characters will get on your nerves. In the end, the audio was done well.

In the end, Radiata Stories was a real treat to play. I am still uncertain why people didn’t like it, but hey, no one is perfect. In any case, if you are looking for a long RPG that is a bit on the lighter side in terms of seriousness and story, check this game out. Be cautioned though, that it is a very easy game so if you want a challenge I say check out something else.