Dawn of the Tree Killer. 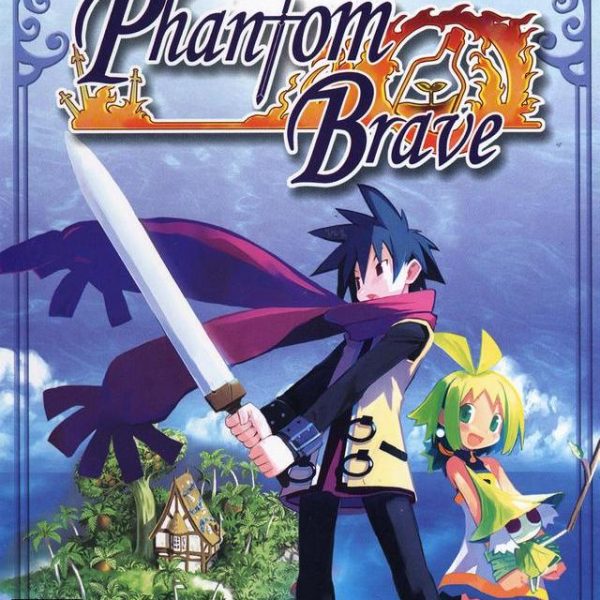 Author’s Note: This review was originally published on November 5th, 2004.

Nippon Ichi’s latest title is called Phantom Brave. After playing their first two kick ass PS2 games, Disgaea and La Pucelle, I was so excited to hear that Phantom Brave was coming over seas. After being teased by more cute anime screen shots and hearing some interesting things about the battle system, I was ready to play it. And hey, there was a fun OST included with the game! Sweet! Well, like most games it was a ton of fun at first. However, as soon as I got more and more into and realized how un-fun it truly was, I got sick of it. What gets me is that I really enjoyed Disgaea and La Pucelle, but I just couldn’t enjoy playing Phantom Brave. Well, to each his own. Here is why:

Story: 8/10
The story of Phantom Brave is about a young girl who can communicate with phantoms (these are called Chromas) and her quests of survival. Marona’s parents were killed by monsters when she was an infant. Their guardian, Ash, was also killed by monsters and now exists as a phantom guardian to Marona. Marona and Ash live in the world of Ivoire on an island called Phantom Island. Together, they receive jobs for earning money in order to make a living. Unfortunately, Marona’s life isn’t easy because most people don’t like her as a Chroma. Some call her possessed! Still, Marona remains bright and cheery from job to job and let’s nothing come in her way of getting the job done.

The story is cute. It can be very happy at times, but it can quickly turn to a more serious tone. This is how it was in La Pucelle. A rather interesting thing about PB is that during the event scenes, there is a narrator who tells you how Marona is feeling. It’s cute, but it gets annoying. For the most part the story is very anime like and original. The world of Ivoire is also cool; it consists of islands. The dialogue between the characters is a little drawn out and cheesy at times, and most of the characters are rather under-developed (except Marona and Ash) and you see them for only a brief moment. Granted I stopped playing on the seventh episode, but still…I wanna see more of these characters. Well, overall the story at the point I stopped playing was good for the most part.

Game Play: 4/10
I know I’m going to cause an uproar on the Phantom Brave message board with this but…keep in mind that this is my opinion, cupcakes. First let’s look at what you can do when you aren’t fighting. Well, there’s quite a lot to do. On Phantom Island you can walk around as Ash (I don’t know why it’s not Marona…but whatever) and do various things. When you talk to Marona, you can create new phantoms, summon things that were defeated in battle, erase phantoms, change your phantom’s names…stuff like that. You can also do all the basic stuff like change equpiment, get help with the battle system if you need it, check status…same old RPG stuff. One of the cooler things you can do is talk to your phantoms that you have created. Some may give you money, experience, or mana. Mana is used to make weapons stronger and teach them new moves. You buy weapons from a Merchant. You can create Merchants, Dungeon Masters, Blacksmiths, Fusionists, Titleists…all these classes that make your characters stronger. They can get better at what they do by leveling up. How do they level up? Well, most of them you have to use in battle. That’s right, you can use these characters in battle. It’s a pretty cool concept but…I’ll get to why it’s not so cool later. Anyway, Merchants get better stuff when you level them up. If you buy more from them, they get stronger. Too bad money is sort of a problem. The Dungeon Master creates random dungeons. Like the Item World, you can go into these to get new titles and level up. Titles are added to your characters to change their stats. The random dungeons are fun at first, but there are usually tons of enemies in them so they can be a real pain. The other way to earn titles is to take something from the island, say an Easy Sword, and talk to Marona while carrying it. She’ll make it disappear and you’ll get the Easy title. You can also pick up your characters and throw them around the island, hit them (I haven’t foud a purpose for this yet), jump on them, and carry them around the island. Basically, the Island is your homebase where you do all your customizing. Like the other Nippon Ichi titles, there is a lot of customization to be done in order to max out your characters. However, I’ve noticed that unlike Disgaea and La Pucelle, it’s just not fun to do so. In fact, it’s a chore! I’m sure some will really enjoy digging deep and maxing out stats, but I just get so tired of it. Maybe if there were more story line characters (La Pucelle) that had more personality (Disgaea) then it’d be a bit more rewarding, but they’re just created phantoms you’re leveling up. It just gets really boring. Another bad thing is that there is no armor in the game, just weapons. Granted weapons affect ALL your stats, but I think some armor really would’ve helped build up the weaker characters. Oh, and all the phantoms you create start at level 1. As you progress, new phantoms can be created. Too bad they start at such a weak level AND there is no way to get the stronger ones you face in battle to join you. Whatever. This stuff wouldn’t be so bad if the battle system didn’t suck…which is truly unfortunate.

At the start of the battle all you have is Marona. Marona is very weak, and would get clobbered by the enemies she faces. To summon your allies, Marona has to use her Confine ability. She can Confine phantoms to rocks, trees, sticks, bones, bushes…anything. Each object effects stats differently. So, confining a mage to a tree is good because most plants increase INT. Each phantom, however, only has three or more turns before they disappear and cannot be summoned for the rest of the battle. This is by far the lamest things I have ever seen. It makes no sense to me at all. It really doesn’t even add any strategy to the games and has no place in the story. Imagine if your strongest character is kicking ass and then after it’s last turn…is gone! Well, all Marona has left are weak characters and herself to take on the bosses. I should mention that the enemies don’t disappear. They are also usually a lot stronger than Marona AND can gang up on the weakest character. Whatever. Leveling up is also a real pain since your strongest characters are the only ones able to land a descent hit. If they kill the enemy, they become stronger. What do your weaker phantoms do? They just sit back attacking rocks and bushes. It’s just an annoying flow of battle…I really don’t like it. Some may find it fun, but after playing it for so long I find it LAME and annoyingly difficult. I bet a lot of people will be like, “Well…level up!” I DON’T WANT TO LEVEL UP FOR HOURS ON END! I WANT TO CONTINUE THE STORY! Maybe if the battles were more fun I’d level up more often but they’re not! Anyway, one thing you’ll notice about the battle system is the lack of grids. Instead, characters can move anywhere in a certain circulare range. This freedom is really awesome, but the fact that terrain affects the way you move gets really frustrating. For instance, sometimes the ground is “Bouncy” and will cause you to go five feet farther than you intended. What really sucks is if you land OB (out of bounds). Not only do you lose the ability to move anywhere when you land OB, but you also may be miles away from the target you were planning on attacking. The worst part of it is that enemies can knock you OB. If this happens, say good-bye to your character for the rest of the battle. Well, you can knock the enemies OB but that just makes ALL of the other enemies stronger. Whatever. I should point out I loved battling in LPT and Disgaea. I just couldn’t get to liking the lame Phantom Brave Confining system…

Graphics: 7/10
Seriously, what happened here? I love anime sprites more than anything, even if they’re PS1 quality but THESE are pushing it a little. Sure they’re colorful, and sure the moves in battle are fun to watch, but they are just so old looking it’s not good at all. While the story events unfold like an anime cartoon, they don’t make up for what you have to put up with for the majority of the game. True, the graphics fit the story line, but they could’ve been a bit…better.

Music and Sound: 9/10
The music is like Disgaea, kind of quirky and not really noticeable. The battle tracks are fun, but the rest of them are just there. I have yet to listen to the OST that came with the game, but I’m sure that it’ll be a nice bonus. I do, however, really like the sounds. Not just the fact that you can do either Japanese or English voice overs, but just the sounds of slashing, punching, and the little yelps monsters make when they attack. It’s very cute. But for such a cute looking and sounding game, too bad the battles were very NOT cute.

Replay Value: 3/10
I heard from the board that there is no new game plus option like in Disgaea. While this was the case in La Pucelle, I plan on playing LP again. The case is not the same with PB. Hell, if I can’t finish it one play through then there is no way I’m going back for another. But I must remember that some people will want to play it again. Have at it, kids.

Buy or Rent: Buy
If you liked Disgaea and LPT, then you should like this. I just didn’t personally. This is why you should buy it since it will probably disappear like the other N1 titles tend to. For those who are new to this type of game, I suggest renting it. While there is a tutorial in the game, it may be too difficult to grasp.

I guess I’m just odd. I loved Disgaea and La Pucelle, but the game that had a bunch of similarities to them both just didn’t do it for me. If you’re looking for another SRPG, I say something other than this unless you really enjoyed Disgaea and LPT.