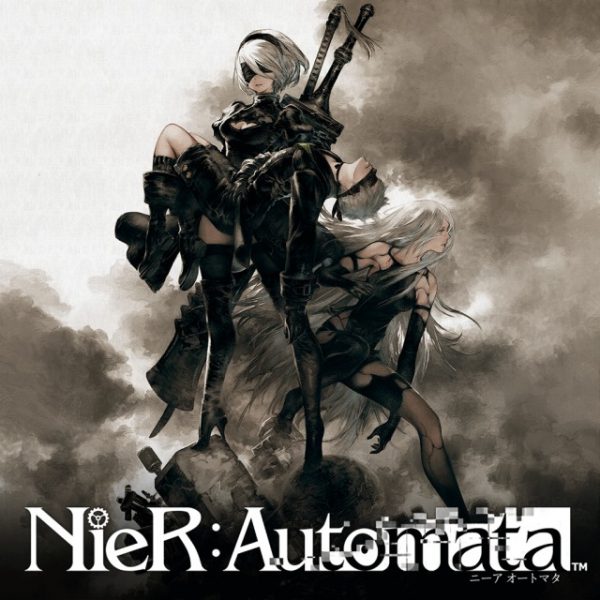 I went into the first Nier expecting something different. Different was what I got. Nearly everything about it surprised me: the beautiful music, the antiquated combat, the daring story, the lovably crazy Kainé. It was an experience that was tough but worth it. Now, we have the next entry Nier: Automata, which was developed Platinum Games. Cavia was kicked to the curb, and now we have a game with playability that matches Yoko Taro’s vision.

You can jump into Nier: Automata even if you haven’t played the first Nier. It takes place in the year 11945 AD during a war between androids and an army of machines. The androids belong to an organization called YoRHa where they undertake orders from command, get sent to the earth, and destroy any and every machine in their way. The majority of the game has you in control of a fierce lady android named 2B. 2B is tasked with destroying machines on the surface while assisting a resistance camp. Of course, there’s more to the machines and androids than expected. As expected, there are multiple endings that you can experience that are filled with twists, turns, and (graceful) twirls. In fact, by getting a game over during the first mission, you are “rewarded” with Ending W. Stuff like that keeps the experience fresh each hour of the way.

Nier: Automata begins with a shoot-em up sequence. Once you touch down, you’ll begin melee and ranged combat that makes the first Nier feel like a thing of the past. My experience with games from Platinum is limited to Bayonetta, so I came into this expecting something similar. What I got was a fluid yet frantic engine that has customization and accessibility. Nier: Automata is equal parts beat ’em up and RPG. When you’re not engaged in combat, you can shop and undertake side quests. Once you’re in an area when enemies, the fun goes from 60 to 120. Your android is a skilled fighter that can equip a variety of melee and ranged weapons. Combining light and heavy attacks with infinite bullets and special pod skills, you can lay waste to armies of the metallic masses. One important feature is that your android has the ability to dodge and, when timed correctly, you can perform a counterattack that deals massive damage. It’s both satisfying and powerful.

The best thing about the combat is that it feels a hundred times better than the first Nier. At times Nier’s combat was serviceable, but multiple little things caused it to be rough around the edges. With Nier: Automata, combat is always something to look forward to. Naturally, you’ll be spending most of your time with it.

Sadly, Nier: Automata isn’t perfect. My biggest issue is superficial. While Nier: Automata looks great, the color scheme lacks variety. All of the environments appear faded. I’m not sure if they were going for a look that supplements the dystopic setting or not, but it’s a desolate world. No matter where your mission takes you, you can be sure that the music will be amazing. The soundtrack is just as memorable as it was in the first game. No matter the situation and/or location, the music works beautifully.

Nier: Automata has a lot of endings, but achieving the main ones can take up to 30 hours. A really unique thing about Nier: Automata is that you are able to purchase PlayStation Trophies after you finish a certain point. Whether it was Yoko Taro’s non-verbal apology after the D Ending in Drakengard 3, or an attempt to start a new trend, I’m not sure. Either way, it makes getting the platinum trophy easy-breezy. You can still go for the platinum the usual way, but those that just with to do the bare minimum have an option. Even if trophy completion isn’t your thing, any gamer will enjoy Nier: Automata. Finally, Yoko Taro’s story telling gets the respectable game play it deserves. It’s different and it pushes boundaries, and for the first time since he arrived on the gaming scene, it’s a helluva lot of fun.