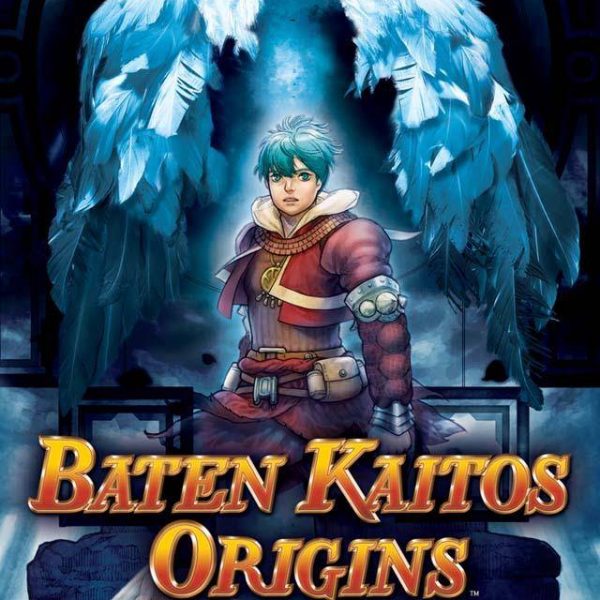 Over the years, many of the RPGs I played had a tendency to overstay their welcome due to extending their narratives. I would be moving along in the story, learn of a new objective and then get a bunch of mundane tasks shoved down my characters’ throats. Even with the fate of the world hanging in the balance, the heroes would need to fulfill a series of ridiculous objectives in order to continue. Some light padding is fine, but an extensive amount is a problem. Baten Kaitos Origins is a game that suffers from this problem. Overall, BKO is a fantastic game that every fan of RPGs should play. You just need to be ready to deal with some menial filler in order to see the story take flight.

Baten Kaitos Origins takes place before the events of Eternal Wings. While you don’t need to play the first game before Origins, I highly recommend it. In Origins, you take control of a young man named Sagi. Sagi and his mechanical pal Guillo have joined the Alfard Empire’s Dark Service in order to provide for Sagi’s family. Sagi’s first mission is to assassinate the current emperor, which causes both Sagi and Guillo some worry. During the middle of the mission, a giant creature attacks Sagi and Guillo. Its appearance causes Sagi to black-out and wake up in an alternate world. Sagi’s circumstances are mysterious. With Guillo and a snooty yet savvy girl named Milly, Sagi will go on an adventure to uncover the truth behind this mysterious world, the reasoning behind the emperor’s assassination, and much more. Returning to the magical Baten Kaitos world is great. When the events in Eternal Wings finished, I wasn’t ready to say goodbye to the floating continents, the winged citizens or the legend of Malpercio. Sagi, Guillo and Milly are a fantastic group you’ll enjoy getting to know. There’s just one major issue with the story. I’m sure you can guess what that is based on this review’s introduction.

Baten Kaitos Origins has 40 to 50 hours of gameplay across two discs, depending on how much you want to do. However, this time could have been cut were it not for some excess padding. Here’s an example that begins a little bit after you begin the second disc. Don’t worry; there are no spoilers. Sagi and his friends need to repair their ship after it lands in a jungle. They try to seek aid from a neighboring country, but they say no. The group goes back to check on the ship. BUT, not before stopping in a school to learn about the history of their world. They return to the ship, but they need to go back to the city to seek new aid. Their aid comes in the form of an item called a Landmark Stone. Of course, in order to get one of these they need to earn credits from the aforementioned school. To do this, they need to give a street vendor special blue and red cookies, but they can’t have more blues than reds. They also need to participate in a quiz. They also need to supply a chemist with rotten meat. With proof of their credits, they can earn a Landmark Stone. BUT, the Landmark Stone gets stolen by monkey that needs to be chased! AND THEN, once they capture the monkey and reclaim their stone, they need to help an inventor with gathering five pieces of magically magical wood magical-ness. FINALLY, their ship can be repaired.

That was the abridged version; other minor details were left out for the sake of space. But, do you see my point? Stuff like this prolongs an otherwise excellent story and makes it so you end up bypassing talking to the talkative NPCs or partaking in side-quests. The story has a slow start that gets punctuated by interesting events that don’t last long. After a certain point, things pick up pace and you are rewarded for your efforts with a tale that is full of “holy crap, did that just happen?!” moments. The struggle to get there is one that requires some patience.

The similarities don’t stop with just the graphics and music in Origins. The Magnus have returned and provide an exciting RPG experience. Outside of combat, you can store the essence of fire, food, water, crystals, energy and so much more in blank Magnus. Not only can these be used to solve puzzles or assist NPCs, but they can provide your team with bonuses. For example, acquiring the Magnus of a cactus will increase the party’s resistance to sleep. You can also mix certain Magnus’ together for new items after you acquire a recipe. Aside from messing with Magnus, Origins is a world with various cities and unique cultures. Each city is full of chatty citizens, and nearly every object can be examined to learn more information about it. The developers really took the time to develop this world.

While life outside of combat is mostly similar to things in Eternal Wings, the combat in Origins got a massive overhaul. All of my complaints from Eternal Wings have been addressed and the result is an addictive combat system that makes each encounter different and exciting. Battles begin by touching an enemy in the field. Instead of Sagi, Guillo and Milly having their own deck, one deck is shared amongst the three. Most of the cards in your deck have a number ranging from zero to seven. Cards with a zero are for equipment, mainly weapons or armor. Next, there are Attack Cards. These have numbers on them ranging from one to three. Finally, there are special attacks that can only be used by certain characters with numbers ranging from four to seven. The idea in Origins is to chain as many cards together in increasing order. So, starting with an equipment card, followed by three Attack Cards and then a special attack card will yield excellent results. Furthermore, chaining more cards together will let you build up more Mana Points and/or participate in Relay Combos with other members of the party. Mana Points allow you to use the aforementioned special attacks. The more a character performs on his or her turn, the more they have to cool down before they can act again.

It sounds slightly confusing, but it is amazingly streamlined and much more polished than Eternal Wings. Pressing the B button will allow you to discard cards. Instead of them returning to the bottom of the pile, they simply get reshuffled. Outside of combat, you will often be given choices to make. By responding positively, your deck will consistently pop up the cards that you need to build higher combos. Finally, when your MP is at its maximum, you can perform an MP Burst to have a person’s turn move to the front of the queue. After the battle ends, you will be rewarded with experience, gold and Technical Points. Technical Points allow you to raise a class in order to build new decks, hold more cards and discard more cards per turn. Plus, you level up normally.

I finished the game in about 50 hours. This was after doing a bit of experimenting with other decks and fulfilling some side-quest objectives. Those that wish to seek everything will be looking at nearly 90 hours of game time. No matter how you feel about completing everything the game has, the combat is reason enough to check out Origins. While the story is fantastic, you have to put up with a fair amount of slogging in order to get to the good stuff. Baten Kaitos Origins does occur before Eternal Wings and can stand on its own, but the events of Eternal Wings will have more meaning to you if you play Origins with prior knowledge of Eternal Wings. Plus, you will get to experience a more polished combat system. Any RPG fan should play this wonderful game. Prepare for another flight in the imaginative and inspiring world of Baten Kaitos. Finally, I want to give a shout out to fellow GameFAQs user Horith for providing me with tips and tricks regarding this otherworldly adventure!

Overall, 8.5/10: It takes a while for things to take off in Baten Kaitos Origins. However, the wait is worth it due to the fantastic plot and a highly improved battle system.