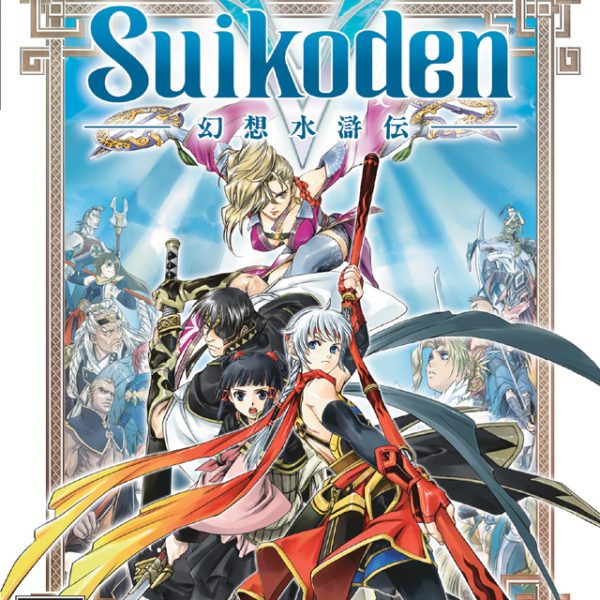 Video games that allow you to play as royalty are a treat. It’s usually more common to have to rescue a captured member of a royal family, so being able to take control of one in some capacity offers a nice change of pace. In Suikoden V, you get to do both. The main character that represents you, the player, is a prince that needs to re-take control of his kingdom and restore it to its former glory. Typically held in the same high regard as Suikoden II, Suikoden V is a fan favorite due to an improved story and battle system. Personally, it has become my favorite in the entire series even though there are a few issues with it that could have been fixed or avoided.

Taking place in the Queendom of Sol-Falena, Suikoden V has a long introduction with plenty to set up. Like I said, you take control of the prince of Sol-Falena. For one so young, he has a lot on his royal plate. His mother seems to be bipolar with her authority. His sister has to deal with a tradition that selects her husband. And powerful families are trying to take over the kingdom for themselves so they can abuse the power of the queen’s legendary Sun Rune. There is more, but to describe it all would be too wordy. Since there is so much build up for the story to start taking off, you can expect to spend anywhere between five to ten hours doing boring tasks before the game starts to pick up speed. Once it does, however, you will feel as though the wait is worth it. Wonderful writing and believable interactions make this the best tale in the Suikoden saga.

Despite his royal upbringing, the prince of Sol-Falena is a great MC. He is driven to do the right thing and to make sure everyone around him prospers. In traditional Suikoden form, he needs to find the 108 Stars of Destiny. As expected, some of them offer colorful characterization to the story while others fade into the background. The villains really shine in Suikoden V. They are some of the most despicable, devious jerks seen and thanks to the solid translation, delivering swift blows to their egos and their bodies is satisfying.

I think the most satisfying thing about it is that the prince, despite being well animated and great character, has an odd appearance. Suikoden has always had excellent character art, but my problem with the MC is that he looks more like a princess than a prince. For the first third of the game, he wears an orange Mumu. For the remainder of the game, he wears a ridiculous get up that features leggings, spaghetti straps, ribbons and flip-flops. Even if he didn’t wear ridiculous outfits, his effeminate face and braided ponytail might make it hard to take him seriously. Actually, the majority of the main characters have over-the-top getups. I think the artist got a bit too creative, but if anything, it adds to the diversity of the world. Suikoden V is a beautiful looking game. The dungeons are repetitive, but they still have appeal. The towns, while a bit large, are fun to explore due to all of the chatty locals and shops. However, this brings up one of the major issues with the game: the load times. Suikoden V suffers from terrible loading times. During the time of its release, these could have been easily addressed. You will see the words “now” and “loading” when you change screens, enter a battle, exit a battle, before watching a story event and after finishing a story event. Suikoden V is already a long game, and this just adds unnecessary hours to the length.

The meat of this long play-time will be spent between gathering the 108 Stars of Destiny, battling enemies and watching the story advance. One of the major complaints about Suikoden V is that recruiting all of the characters can be tricky. Many of them join automatically, but others have very small windows of opportunity. If you miss them within these short time frames, you miss them for good and ultimately won’t get the best ending available. When you’re not trying to find the next recruit, you’ll likely be shopping for overpriced armor, sharpening your weapons and equipping runes. The classic features of old have returned in Suikoden V, but the most triumphant return has to be the six-person battles. Unlike SIII or SIV, you can have up to six active members in battle at a time and have some supporting characters in the remaining slots. With a variety of skills to learn, tactical formations and other bonuses, the turn-based battles of Suikoden V has been vastly improved from previous versions. This is also one of the more challenging titles in the franchise. Most fights will let you get by with spamming magic, but the boss battles near the end of the game will make you pull out all of the resources available.

There are two other types of battles in Suikoden V. The duels have returned and are even more exciting than before because you have a countdown for inputting your selection. The other type are the tactical battles. *sigh* Why, Konami? Why do you always insist on including these? They were never fun in previous installments and Suikoden V is no different. These slow going slugfests require you to set up groups of characters and send them into battle with the opposing army. The two sets of troops move slowly towards each other. Then, you are forced to watch a battle sequence. These are slow and painful, and unfortunately, you have to put up with them more times than necessary.

The last thing worth mentioning is Suikoden V’s voice acting and music. Both are spot on, but the music has an extra special “something” that makes it stand out above the other games. While the instruments and melodies have that familiar flavor of its predecessors, there is just a certain quality to the OST that makes each track a listening pleasure. In most video games, there are usually a few tracks that either slip your mind or need removal. None of that applies to Suikoden V; this game has a great selection of music for battles, towns and story events.

Gamers that wish to uncover all of the 108 Stars of Destiny and perform all of the side-quests will be looking at between 50 to 60 hours of game time. There is a New Game Plus option, but it doesn’t offer anything worthy of a second campaign. For those that don’t get the ending they desire, they can always watch it (and the others) somewhere else. Suikoden V is a long game and at times it feels like it outstays its welcome. That said, I could have played another 20 hours just to see if more developed with the fantastic plot. Unfortunately, that would have been another 20 hours of terrible loading times. That would have meant more large-scale war battles. That would have meant more of the little things that I never cared for in the Suikoden series such as required characters in the party, long dungeons without save points, and characters that join you with terrible stats. Still, this is my favorite game in the entire series and I’m glad that I decided to not turn away from it. Fans of the series will likely enjoy Suikoden V, but newcomers might enjoy starting with this one if they don’t feel like playing something from an earlier generation. There are technical issues and the long yet unnecessary introduction might turn folks away, but the aftermath is well worth it.