The Legendary Starfy is a legendary adventure with legendary cuteness. 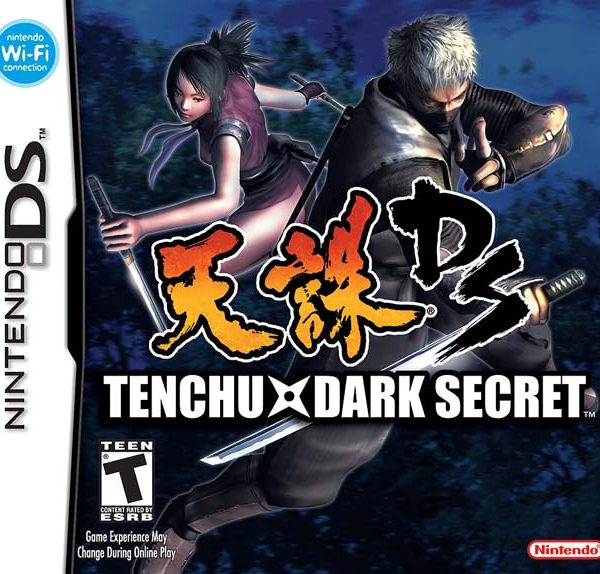 When you write a review, you should NEVER begin with saying something like, “Wow. Just wow” or “Ugh. Just ugh.” But, in the case of this abomination that happens to be in one of my favorite franchises, I feel like saying, “Ugh. Just ugh” is the only way to get my point across. This is one of the most dreadful games I have ever touched and I’m so upset that it has the Tenchu title added to it. Avoid this game and get your ninja enjoyment elsewhere.

Now, the stories in the Tenchu titles were never good to begin with. Tenchu: DS is no exception. It still stars the popular Rikimaru and Ayame, but it also involves Princess Kiku. You know who Princess Kiku is, right? She’s the only person who is able to melt the ice around Ayame’s heart with her sisterly like love. I’m all for that. Now, she needs protecting in a war torn village and only the ninja of the Azuma can get the job done. Nothing new, but it works for a Tenchu title. Heck, the more I think about it, the easier it is to say that the story is the best part of Tenchu: DS. Obviously, if this is the best part of the game it can only go downhill from here.

Let’s start with the look. The graphics do not use the DS’ engine like they should. Characters are hard to see and the effects are pixelated and unpolished. Graphics don’t make or break a game, but Tenchu: DS’ graphics are messy. On the bottom screen you’ll see a map, which makes things a tad easier in case you can’t tell what is what. The worse thing about the graphics is that the view is from the top, instead of a usual Tenchu game where you control the character from the back. The reason they did this is due to the new and disastrous Trap System which will be explained now.

You see, in all of the Tenchu games, you rely on your Ki Meter to detect the distance between you and an enemy. By using your ninja abilities and stealth, you would typically sneak up to an enemy and kill them in a one hit stealth kill. Then, you’d use your trusty grappling hook to move to a rooftop and pursue your next victim. Well, that’s not the case in Tenchu: Dark Secret. No, now you need to set traps and lure the enemy into them. Each trap can be placed in such a way that it creates a combo and, after a bunch are set off, the enemy perishes. If the game relied more on the instant kill instead of traps, things might be a bit better. Unfortunately, this trap system is terrible in every way you can imagine and not fun at all. When a mission ends, you will obtain items and parts. The parts can be used to create new items and gear. Normally, I enjoy this sort of thing but my bitterness towards the Trap System inhibited me from experimenting much with it. This chore of a process continues until you finish the game.

There’s a versus mode in case, by some stretch of a miracle, you enjoy this game and a friend enjoys it, too. You can also trade your gear with each other. But, the chances of that happening are slim. Not one person in their right mind would enjoy this title, especially long time fans of Tenchu. Wrath of Heaven and Fatal Shadows were great titles, and I know for a fact that the DS is capable of playing something similar. It may not have the look and graphical power, but it would still be better than Tenchu: Dark Secret. Don’t get “trapped” because of it being a Tenchu title. Avoid it and get your ninja fix elsewhere.