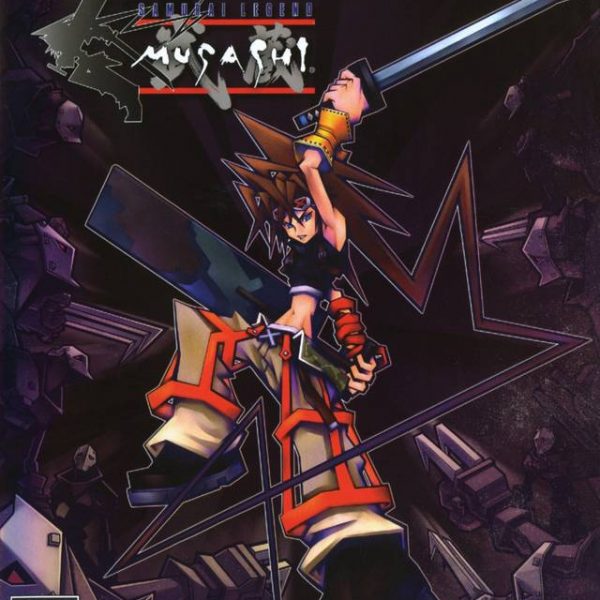 Author’s Note: This review was originally published on September 6th, 2005. It’s important to note that “the first Musashi” was not a disaster of a game.

After the disaster of playing the first Musashi game on the PSX, I was rather annoyed hearing about the fact that the crazy haired samurai would be back in action on the PS2. After a few months of it’s release, a price drop, and some hard-earned game credit, I picked up Musahi: Samurai Legend and enjoyed it from start to finish. This game does have some serious flaws, however.

The biggest flaw of all has to be the sound, especially voice acting. Most of the characters in this game sound fine. They all have something unique, if not overly humorous, to say to you. Their good voice acting helps make them say their piece with more life. Most characters you’ll only hear a few times in the game. Musashi is the main character, so you’ll be hearing him the most, right? Right! So therefore, you’d think his voice would be the best, right? WRONG!! So wrong! While his attack sounds like “HIEE YAH!” and “RAAH!” didn’t bother me, his voice acting during the story does. Oh…my…lord…please make him shut up. Musashi talks and talks and talks and his voice is bad, bad, bad. Why they didn’t go with someone more fitting for his cool new look is way beyond me. I mean, look at him, he isn’t supposed to sound like a woman with a deep voice that emphasizes consonants! Squaresoft…you should know better than to include bad voice acting in the cast, but having the worst VA used for the main character? Bad Squaresoft! There isn’t even an option to turn it off or just have it in Japanese. Well enough of that crap, the rest of the sounds do their job. Slashes of swords, tornadoes blowing, and water trickling in the jungle sound fine.

Since we’re on the things that your ears will be listening to, let’s next focus on the music. The back of the game’s box says, “Rock to new music by the Surf Coasters.” …right. The only Surf Coasters rocking you’ll be doing is to one song. That’s right, there is only one song in the entire game, “Samurai Struck” created by the Surf Coasters. While it’s a good track, it basically sounds like the song “Wipe Out” that you are used to hearing when watching surfers. Even still, that’s probably not going to stop some Japanese anime fan boys from claiming how much they love the Surf Coasters. “Yeah, I like Japanese music better than American music! I like the Surf Coasters!” Anyway, the rest of the OST is good. There are multiple locations that all have their own song, and certain songs play during events. There are multiple tracks, but they aren’t as good as they could be.

The story and characters involved in the story is another one of the games flaws. A master swordsman and CEO named Gandrake have created the nebulium engine. The advanced technology was nice at first, but like most corporations, Gandrake took things too far and wanted to dominate the world. He ended up enslaving the Mystics from the Antheum, a flying ship that runs off of the same fuel of the nebuilium engine, because of their ability to use magic which enhances nebulite power. Princess Mycella summoned Musashi to save her people, but Mycella was taken away before he could receive his mission from Mycella. After receiving instructions from Master Mew, Musashi vows to save the princess so he can get back home. It sounds light-hearted, and it is overall, but it’s just…missing the development that’d make it more enjoyable. I mean, I did enjoy the story, but not as much as I could have. It might have been due to the characters lack of development as well. Musashi is the only you get to learn anything about, and while interesting, I would have loved to learn more about the five maidens, Master Mew, and all the other NPC’s that populate the Antheum. The characters are just there…doing their own thing throughout the entire game. They usually say the same old thing when you talk to them. The villains are the same way. While they do say fun things, you still get to learn nothing about them with the exception of Gandrake and his right hand, Clochette. Heck, you learn everything about Gandrake during the end of the game. I guess that’s the game’s “plot twist.” It’s interesting, but as I said, I felt development was lacking.

Well, enough of that. The most important part of the game is it’s game play and this is where Musashi truly shines. Ok, it’s not that shining but it still is fun to play. Musashi: Samurai Legend is an action/RPG. Musashi runs and jumps throughout various stages in the game. He comes equipped with two swords: a fast katana and a slow great sword. He uses the same katana throughout the entire course of the game, but he gains six great swords. Musashi can create combos with his two swords to dismantle all the foes that stand in his way. At first he only knows a small combo, but as he progresses, Musashi can learn and use techniques from enemies. Some of them are used to create more combos and cost 0 MP. The rest are used mainly as combo finishes such as an X-strike, a dash attack and a sword throw. There tons of techniques to learn from the enemies, all of which are unique. Unfortunately, Musashi can only equip one a time. Choosing the right one is a pain because they are all so much fun to use. Also, you can only equip one great sword at a time that also has their own ability. The five elemental swords each have a magic spell that are used to solve puzzles and deal damage to enemies. Enemies drop HP or MP recovery orbs, or money which is used to buy stuff in the Antheum. Fighting in this game is fun, but it does get repetitive because with the exception of some boss battles, this game is pretty easy.

Even the “side-quests” of this game lack any challenge whatsoever. Musashi’s sword can be tempered with magic alloy. There are 20 pieces in all and you shouldn’t have any problem finding all of them. Next, you can collect trading cards of all the characters and enemies in the game. Also, you have to rescue 28 mystics that were captured by Gandrake. In the stages, you’ll come across some floating blue orbs that can be broken with the great sword. You’ll have no trouble finding any of these. When you rescue the mystics, some of them will open shops. What do shops allow you to do? Buy things, of course. There a lot of items in this game, but unfortunately most of them are useless so you’ll most likely be saving your cash for the more powerful stuff. Other things you can do thanks to the mystics include inventing things with metal parts, appraise mysterious items, or even participate in a circus group. However, most of the rewards from these things serve no purpose. Sure, you can appraise rare artifacts that allow Musashi to do new things, but that’s all worth mentioning.

What is worth mentioning are the game’s graphics. They’re pretty…very pretty. They claim to be called “manga shading” but it’s just regular ol’ cel shading. Still, it works well with the world. The characters are all colorful, vibrant, expressive and unique. The artist has a very unique style, but it’s a style that is impressive when you see how the characters come to life in this game. I wish there were more designs for the monsters, because you’ll be facing the same enemy over and over, just with a different coat of paint. What is most impressive about the enemies you face is how they die. If you slash them vertically, they split in half. If you stab them, they get holes in their body. I think that Square payed too much attention to the graphics and forgot to do more with the entire game. Still though, every character and monster created looks great. The backgrounds are the same way: colorful and beautiful. It is a beautiful game to look at, if anything.

The game will last you about 15 hours, so a rental is the way to go. However, beating it once will get you a hard mode for you to try. Nothing new or exciting, but since this game is more action oriented, you’ll be coming back for more later in life. I may have complained a lot about this game in the review, but it really isn’t that bad. The most important part of the game, the game play, does an awesome job of keeping the game entertaining from start to finish. The story may have been lacking, the voice acting is ear shattering, and the characters aren’t well developed, but you’ll look past that when you just hack and slash endlessly. That, my friend, is fun and that is the most important part of any game.