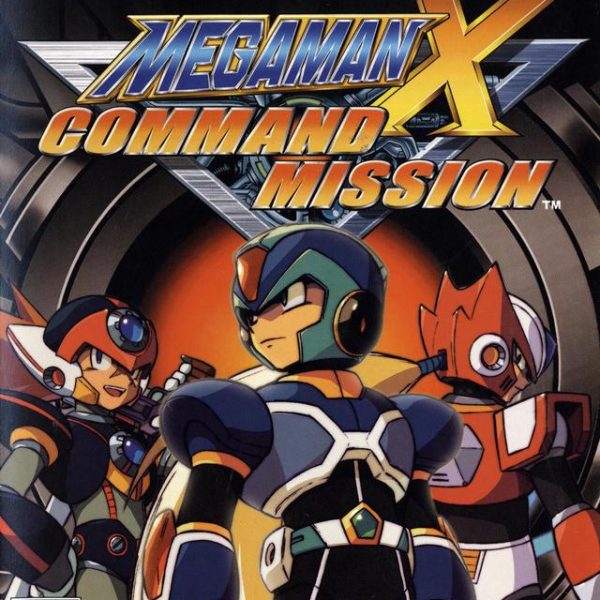 Author’s Note: This review was originally published on October 7th, 2009. Similar to other reviews of the time, it features “witty” taglines for each section.

Mega Man X is a name we all know and love. Since his debut on the SNES, I have played and enjoyed every title that had his name. However, one title slipped under my radar. Mega Man X: Command Mission featured my favorite blue bomber, but in a different type of game. Instead of the typical action title that X is used to, he is now in a turn-based RPG. Did Capcom, the makers of the Breath of Fire series, manage to create a new role-playing classic? Or, is this just an RPG gimmick with the Mega Man X title attached?

Giga Trouble in Giga City!
The year is 22xx AD and the use of a mysterious substance known as Force Metal is continuing to gain popularity due to the power it grants. Thanks to Force Metal, technology has advanced greatly. On the artificial island of Gigantis, a band of renegade Reploids instigated a riot in a sector of the island. The man behind this group of Mavericks is Epsilon. Now, Mega Man X is on the scene. This time, however, he will have the help of new friends as he faces off against new enemies.

Joining X is the bad-ass Zero and the new S-Class hunter, Axl. However, the fun does not stop there. You will also get to meet all new characters that help fight for the common cause. You have Spider, a bounty hunter who uses cards a la Gambit from the X-Men to do battle. There is also the giant Reploid Massimo. He may look intimidating, but he’s actually a bit of a coward. Next, there is the lady-thief Marino, who uses her quick movements and cunning craft to rob her enemies. Finally, we have the nurse Reploid named Cinnamon. With her motivation to do what’s right and her mysterious powers, she makes the final addition to X’s roster. Surprisingly, all of the characters got a decent amount of development throughout the quest. Sure, the plot itself was a bit silly, but watching it unfold with X and his friends was fun.

Animation Domination.
Seeing the plot unfold was fun also due to the fact that the graphics were done well in MMX Command Mission. While not fully 3D, they cannot be called cel-shaded either. Instead, they are a bit of both of styles. Both of them come together to make a wonderful looking presentation. While the environments are a bit bland, the character models are the ones that truly shine. This is especially true with the towering bosses you face. With wonderfully animated cut scenes and a truly unique style, this is a great looking game.

Missing a Music Maestro.
One thing that did bother me greatly about this game was the music. Since the 1980s, Capcom’s Mega Man franchises always had some killer sound tracks. You would think that, with an RPG, you would be listening to pulse-pounding battle themes with plenty of futuristic, electronica vibes. The truth is, the soundtrack was total snoozeville, population Capcom! The majority of the time, I had the game on mute and ended up watching movie clips on the Internet. This was definitely the biggest disappointment of the game. The voice acting during the many cut scenes was average at best. While Axl doesn’t sound nearly as horrendous as he did in MMX7, he was still pretty damn obnoxious. Many of the lines that were said were down right embarrassing. “Wait…did someone actually just say that?” Yeah, I had that thought a few times. For what it’s worth, the sound of things exploding never got old, making the audio department not a total bust.

Taking Turns. Taking Action.
Like the Breath of Fire games, MMX Command Mission has random battles that have a tendency to occur every five or six steps. Unlike Breath of Fire, luckily, running away from these battles is easy. So, if things get too annoying too quickly, escaping is a piece of Mega Man cake. When in battle, you can have up to three characters in at a time. You also have the ability to change party members on the fly, which has always been a nifty feature in RPGs. At the bottom of the screen you see your characters Health, Weapon Energy, and the turn order. Weapon Energy recharges a certain amount every turn and is what allows you to use sub-weapons. Also, the more WE you store, the more powerful your Action Trigger becomes, but I will talk about that in a moment. During your character’s turn, you can attack, use energy from the Life Tank to restore health, or use items. Also, your characters can enter Hyper Mode, which grants them a more powerful type of armor. Obviously, this lasts only a few turns and is best saved for boss battles. Characters can also use their special Action Triggers to deal more damage than usual. Each character has their own special skill, and as they progress, their ATs get more powerful. X can unleash a powerful charge shot, hitting all enemies on screen. Zero can input controls that are commonly found in fighting games to create sword combos. The list goes on for the rest of the crew, and you are able to find secret action triggers for certain character, as well.

Battles can be a mixed bag. Sometimes, they are fast-paced, other times they tend to drag due to certain enemies requiring specific strategies for defeat. Since they can be so frequent, you may find yourself just running from the majority of them. Leveling grinding was never required, but upon a level up, you get full recovery so there is often times some incentive to level up a bit before a boss battle. Also, you should know that there is a bit of a pacing problem, so there may be times when it’s important to go back and level up a tad. This is especially true for the major bosses. Speaking of which, boss battles are usually very challenging. Until later in the game when you have access to powerful weapons and sub-weapons, boss battles can take a very long time to finish. While they are rewarding, they can easily frustrate the most patient of gamers. Not to mention, when you think about the fact that you are playing a Mega Man X title, you may wonder why in the hell X and his friends just don’t start wall jumping, dashing, and striking like they should. But, I digress. The battle system is fun at times, and other times it can be frustrating.

Use the Force, X!
To prepare for battles and the like, X and his team are free to roam about the city and do some shopping. Besides being able to purchase weapons, sub-weapons, and items, you can also purchase Force Metals. These grant a bit of customization to the game. Force Metals can increase stats, add an effect to an attack, prevent status disabilities, and things of that nature. Each character can handle only so many FMs before they get Force Metal Poisoning. This effect will cause a negative status at the start of any battle. Usually, it is better to not let this happen. Alongside this, there is a surprising amount of side stuff to do in MMX Command Mission. You can send out helper robots to old dungeons to scope out items. You can find music, action figures, posters, and customize X’s appearance. When you finish the game, you unlock a new dungeon that will grant you access to the toughest of foes. However, the question is if you will want to bother or not. Many of these “side-quests” seem rather contrived in order to make the game last a bit longer. As for me, I only did a small portion of these.

Mega Hit and Miss.
For an RPG, MMX Command Mission is short, lasting only ten to fifteen hours. Unlike a typical MMX title, playing it once and only once will be enough. When it comes to my favorite blue-bomber, usually I play the game until my fingers bleed as I try to figure out new ways to tackle the boss Mavericks and new ways to challenge myself. With this RPG, I was ready for it to be over, despite the length and my love for RPGs. Mega Man X: Command Mission is a game that only the devoted RPG and Mega Man X fans will enjoy. It is not the traditional Mega Man X game where you select a boss, go through a stage, look for a heart tank, and learn a new power. Nor is it the best RPG on the market. It has certain features, such as the frequent battles, poor pacing, and rather silly plot that casual fans of the genre would not enjoy. This game is recommended only for people who are dedicated fans to both Mega Man X and RPGs. These people, much like myself, will be able to find some enjoyment in the title and see it through to the end.