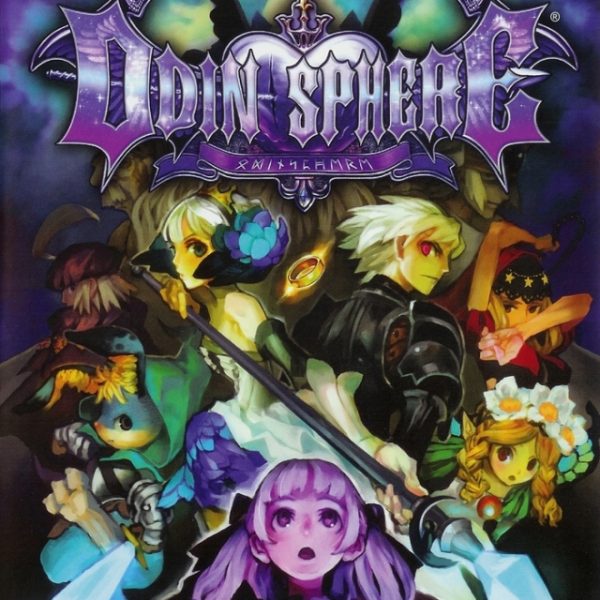 Author’s Note: This review was originally published on August 16th, 2007.  Odin Sphere taught me a lesson about always getting a second opinion when it comes to spending your money on new releases. Like other reviews of the time, this review features “witty” taglines that separate each section.

Odin Sphere can best be compared to what Chrono Cross was for the PS1. Recall, if you will, the hype that Chrono Cross received and how it was mostly for naught. While graphically beautiful and fun at certain times, Chrono Cross did not do as great as planned. The same can be said of Odin Sphere. Being released in Japan and the USA nearly simultaneously, having a supposedly excellent story and fantastic game play made it seem as though this would be the PS2 RPG everyone should have. Furthermore, both Penny Arcade and PLAY magazine held the game in amazingly high regard. Now, I’d like to speak as a gamer that is able to see beyond gorgeous visuals and flashy effects.

Books to Read
To be fair, I will say Odin Sphere does have some good things going for it outside of the breathtaking artwork. The story, while not “worth of a place in the canon of classic literature” was told reasonably well. In the world of Erion, there exists a prophecy stating that the world is about to end. You control five heroes as they deal with their own troubles in a raging war, as well as ultimately trying to prevent the prophecy. When you start a new game, you can only play as one character. However, when you complete this person, you can move to the next person, and so on. What’s interesting is that once you finish their quest, you can start from the beginning of it with the same stats. If you have played Arc the Lad: Twilight of the Spirits or Suikoden III, you’ll recognize the style of story telling. I enjoyed how Atlus did this, but the story itself was not as epic as planned. It felt dry, almost forced. There were many things left unanswered, too. Luckily, the characters you control make up for this. While they tend to be a bit chatty at times, learning about the five heroes was an interesting experience. The same holds true with the villains, which happen to be some of the most devious I’ve ever seen in a video game.

Paintings to Admire
Now, for the biggest strength of Odin Sphere. That’s right, the visuals. Really, words in a review cannot explain just how gorgeous they look. Hell, not even screen shots do the graphics justice. Besides highly detailed and fluidly animated character sprites and monsters, you have amazing landscapes and towns. There are tons of colors, and there is motion everywhere you look. When it comes to these gorgeous visuals, seeing is truly believing. Unfortunately, there aren’t that many locations. The world of Erion, as beautiful as it may be, is also tiny. It’s so tiny, that most of the characters will visit locations other characters have visited and fight other bosses other characters have fought.

Songs to Hear
While not as groundbreaking as the graphics, the music and sound helps add more pizzazz to the game. Hitoshi Sakimoto, known for creating the music for Vagrant Story and Final Fantasy Tactics, was the master composer behind Odin Sphere’s OST. His style is clearly present in Odin Sphere. The entire game has voiced dialogue that can be in either Japanese or English. Regardless of the language setting, the actors and actresses did a good job of moving things forward during the conversations, even though they tended to drag on at times.

Controllers to Break
For the most part, the fun stops here. Playing Odin Sphere is enough to make action RPG fans stray away from the genre entirely. Think back to old-school arcade games such as X-Men, Alien vs. Predator, and Double Dragon. Odin Sphere plays like this, no matter which character you are controlling. Unfortunately, there are a few kinks in this system. Regardless of who you are playing as, you control your character from stage to stage as they attempt to clear out all enemies and ultimately reach a final boss. Each stage is round, so if you keep heading in one direction, you will end up at the same spot. On the top of a screen is a radar that shows your position, enemies, items, and spells in effect. As you approach your foes, there are various ways to take them out. Each character can perform combo attacks on the ground and the air, perform a downward attack that breaks guards, perform an upward attack that knocks aerial foes to the earth, and use special spells called Psypher Skills. Each character’s weapon is a Psypher, which is a type of jewel that can become more powerful over time. When a foe is defeated, particles of light called Phozons appear. By absorbing Phozons into the Psypher weapon, a gauge fills up that allows you to perform the aforementioned skills. Furthermore, Phozons let the Psypher gain levels that allow them to learn new skills and increase the strength of the character. The hit-points of the character can also gain levels. By consuming food items, you recover lost HP. However, it also adds HP experience to your character. When you gain enough HP experience, your HP level increases. Anyways, when all the foes are defeated, the stage is cleared and you can move onto the next one. Depending on how well you do, you will receive some items at a cleared stage. Pretty basic stuff, right? Well, there is more.

Phozons can also be produced from alchemy. By mixing materials with items and mandragoras, you can make new items that will benefit you in battle. When something has been created, Phozons get produced. Phozons are also used for growing seeds. These seeds can grow fruit that is used to help your HP levels. Plus, combining the right items at restaurants can dramatically increase your HP. It can be fun to hunt around the stages, gathering certain items to get cooked. However, item management is a pain. You can only hold so many items. While you can buy additional carrying bags, they cost a pretty penny. Money is, as expected, a problem in this game. It gets taxing in more than one way when you have to micromanage what items you plan on carrying around and what items you can dispose of.

To most, all of these features seem fine. They would be, but there are some things terribly wrong with the combat. Actually, the combat is the only thing that brings the score down to such a low number. Games like this need to be frantic. I want to button mash until all of the enemies are gone from the stage. I want to rack up a huge chain combo. I want to jump, dodge, and cast a magic spell so all of the enemies perish in mere seconds. Well, I can’t. The game tells you straight up that you cannot fight enemies en masse and expect to emerge victorious. If you try to do this, the enemies will cluster around you and attack you relentlessly. Your HP can reach zero in a matter of seconds. Even when you kill certain enemies, their weapons will fly away from them and can still hurt you. Some will cause negative status ailments, and that is never fun.

Another issue is with loading. It can take nearly a minute for some stages to load, and when you keep dying on various stages, your patience will truly be tested as you wait for it load. Again. Not to mention that there are areas where there is massive slow down. The graphics may be pretty, but when the slow down is making them…well…slow down, they may not look as pretty. This happens all the time during certain boss battles.

The worst of the issues is the power bar. In the case of one character, Mercedes, she has the ammo bar. Regardless, the effects are still the same. If you attack relentlessly, like the game should have allowed, a bar will drain. When it empties, you will be stunned for a while. This leaves you vulnerable to enemy attack. You can absorb Phozons to recover the bar quicker, or you can run away from the enemies just before the bar empties. Regardless, you have to balance accordingly how often you hit the attack button. I cannot begin to explain how frustrating it gets when you want to finish off an enemy, but are unable to because of that stupid, needless power bar. And do not even bother with the, “It adds more realism” speech because this game is far from realistic.

These three issues take the game from potentially exciting to seriously hurting. Endless loading times for stages with countless enemies you have to face solo while making sure to not run out of stamina? I think not. The action is fun at first, but add in these flaws and it becomes quite the opposite.

Conclusions to Close
Finishing Odin Sphere will take about 40 hours. There are multiple endings, and those who enjoy the game will find themselves going back to older chapters to train their characters. For me, once was enough. As you read from my review tagline, Odin Sphere is the red rose of gaming. A red rose is beautiful to look at, it is nice to have, but you are in for a world of hurt if you put your hands on it. This mostly holds true with Odin Sphere. Yes, it has great visuals and adds a nice touch to my video game collection. However, playing it was a nightmare for most of the game. I will suggest you check it out, just to see how beautiful the game is, but the game play may scare away those who were looking for some excitement.