Onimusha 3: Demon Siege is an epic conclusion to the Onimusha trilogy.

Dawn of the Tree Killer. 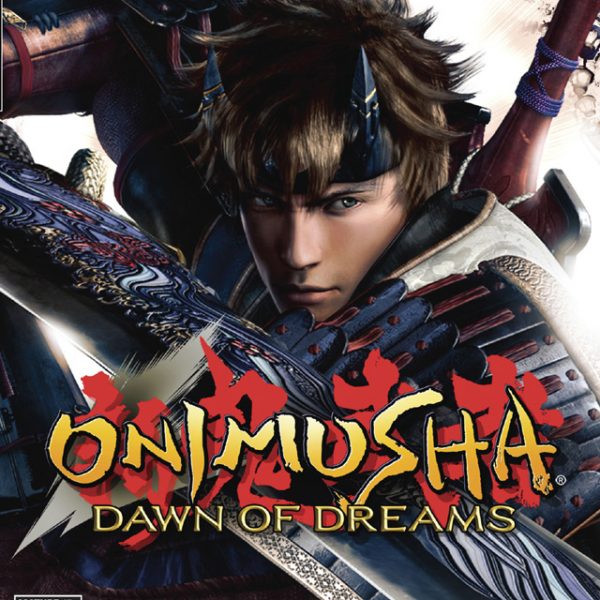 Onimusha is a series that continues to improve and impress with each new entry. Personally, my introduction to the series started many years after its time. I think having the ability to play through each game back to back has shown me just how much how the series improved with each addition. When I finished Demon Siege, it was clear Capcom really listened to the complaints of the critics and fixed the issues to provide a demon slashing, Genma soul absorbing good time. The interesting thing about Onimusha: Dawn of Dreams is that didn’t make any major improvements from Demon Siege. What it did do, however, is provide subtle enhancements that shape it into a varied, sleek game that captures the legacy of the series.

Onimusha: Dawn of Dreams takes place years after the events of Demon Siege. The Genma have been destroyed and Japan has enjoyed the peace that followed. Of course, this peace wasn’t meant to last. A supernatural body called the Omen Star has appeared in the starry skies and beckons Hideyoshi Toyotomi, the current ruler of Japan, to call upon the power of the Genma. Hideyoshi’s Genma are gathering demonic cherry trees and taking them across the country. A samurai named Soki has stepped in to take down the warlord, burn these bizarre trees, and hopefully return Japan to the peaceful state Samanosuke worked so hard to realize. Soki fills his role of protagonist well. While slightly arrogant, he is a skilled warrior that wants to right wrongs. There’s more to Soki’s character than a pompous do-gooder that gets revealed during the adventure, but he’s easy to like from the start. Soki isn’t alone in his tree-burning journey. Soki is accompanied by four others that wish to help him accomplish his goal. The first is a young girl named Akane. She comes from the Yagyu clan and has inherited her powers from her grandfather, Jubei. Tenkai is a wise monk that provides the voice of reason to the rest of the party. Roberto is a priest from Spain that is built like a freight train. Finally, Ohatsu is a firearms expert that hopes to be more than just an ally to Soki. It was a great idea to create such a diverse cast because Onimusha usually features a smaller cast. Dawn of Dreams’ story benefits from having more personalities because you can hear some additional thoughts about the current goings-on.

Dawn of Dreams is a 3D action game that is filled with unique environments, plenty of monstrosities to vanquish, and a fair amount of secrets to uncover. At the start of the game, you have access to Soki. Before going to a new area, you can spend your money on items and get your gear ready for action. Areas are crawling with just the right amount of demonic foes that are begging to be cut down by Soki’s blade. Eventually, Soki will get joined by the above mentioned characters. You can take two characters to an area and switch between them as needed. The AI will take control of the other character, but they can be given specific commands. A second player can take over, as well. Each character has a unique ability that lets him or her access new areas. Ohatsu, for example, can light a grenade to open a specific type of door. Thanks to a fast travel mechanic, you can head back to earlier areas to find new treasures and challenges.

The action is always entertaining in Dawn of Dreams. Soki and his friends can use a variety of special attacks, upgrade their abilities with Genma souls, find a plethora of unique weapons, and perform a powerful critical attack that can take down a horde of demons. While button mashing can provide some victory, the players that take the time to learn how to parry and strike at just the right moments will deliver more devastating attacks. The best thing about the action is that each character plays differently. If you want balance, go with Soki. If you want power, go with Roberto. If you want range, go with Ohatsu. Some stages will let you take a break from the action so you can solve a puzzle. These aren’t complex, but they can be welcoming when things start to get too intense. Dawn of Dreams can be a challenging title if you don’t keep up with your gear and try to rush from point A to point B. Taking the time to explore and experiment will serve you well.

As expected, Dawn of Dreams looks wonderful. Flashy attacks and swift sword maneuvers look dreamy as they cut through a collection of demons, monsters and creative bosses. The level of violence was toned down since Demon Siege, but there are still some unsettling instances. The music has a collection of oriental, orchestral, and metal themes that provide perfect ambiance and tonality to each environment. Finally, the game can be played with either Japanese or English voice acting. I opted for Japanese due to the game’s setting, but the English voice acting sounds fine.

My biggest problem with Dawn of Dreams is that the story tends to drag near the middle of the entire campaign. Fighting the same bosses and re-exploring the same areas isn’t anything new to Onimusha, but for a 15 to 20 hour game that emphasizes returning to older areas to unlock new secrets, a better paced narrative would have helped mitigate the lulls in the plot. But, when you do reach the end, things come together well. Finishing the game unlocks some extras that can make subsequent journeys different and/or more challenging from the last. I’m glad I was able to play each entry in the Onimusha series so close together. Not only did I have to wait years to see the story continue, but I got to see how things improved on a technical level. I may not have noticed these improvements had I followed the series since day one.

Overall, 8/10: Onimusha: Dawn of Dreams shows how far the series has come. It’s not the Onimusha 4 that long-time fans were wanting, but it does a good job of retaining the Onimusha feeling.