Don’t be fooled by the revealing artwork. Record of Agarest War is a slog. 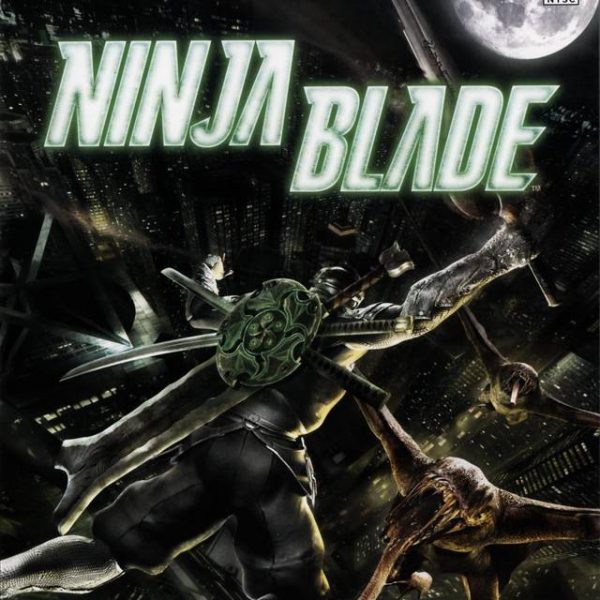 Author’s Note: This review was originally published on July 17th, 2009. Like other reviews of the time, it features the “witty” taglines for each section.

Ninja Blade was the game that made me thankful for not getting rid of my Xbox 360. After I finished Tales of Vesperia, the dust began to gather on my console. So, out of the plethora of titles, what was it that drew me to Ninja Blade? Ninja, of course! Ninja Blade turned out to be a fun action title that brought me back to a time when I was playing the PS2 title: Shinobi. In fact, the game reminded me of Shinobi in so many ways: a modern day Tokyo setting, blood hungry demons, allies turning into enemies, mystical ninja magic, and other little features that made Ninja Blade a great game by comparison. However, Ninja Blade had its own features that made it stand out as a wonderful game to enjoy.

Can We Do It? Yes We Ken! Er…Can!
Tokyo has been hit by a plague of parasites that evolved from hook worms. Code named Alpha Worms, these parasites turn ordinary beings into powerful, savage demons with only one thing in mind: appetite. Now, Tokyo has called upon the forces of a squad of ninja capable of stopping the Alpha Worms before all of Japan is taken over. Ken Ogawa, your main man, has an edge on the Alpha Worms in more than one way. Not only is he fully equipped with powerful swords, he is immune to the infection. Now, Ken must find the source of the parasites, as well as the reason why he cannot get infected, and stop the spread.

Despite his lackluster name and goofy headgear, Ken was a worthy hero to control. His charisma to save the day, as well as his devotion to the greater good of Tokyo was admirable for an action game hero. Supporting characters, while not fleshed out in the slightest, helped add a nice addition to the cast. The majority of the villains were thoughtless, mutated beasts, but the human villains had their own ambitions that made Ken’s mission seem that much more important to complete. The story was nothing we haven’t seen before in action games, especially with ninja, but the formula worked as well as it always has.

A Modern Ninja’s Life.
Ninja Blade plays like most action games. Ken has a variety of skills and techniques available from the start of the game. He has three swords at his disposal that he can change on the fly. The first is a standard katana that delivers powerful slices, thrusts, and combos. Next, he has a twin blade that has extension chords. These deliver weak but speedy combos on the ground and the air. They are also used to deflect enemy projectiles and can serve as a grappling hook to reach distant areas. Finally, he has a mighty broad sword that delivers slow but crushing strikes, capable of destroying enemy armor and broken walls. There’s more, too! Ken can dash around enemies, run on walls, or use ninja vision. With ninja vision, his senses are enhanced and he can view enemy weaknesses and evade enemies with ease. Finally, Ken has three ninjutsu powers. The power of wind can blow out fires and slice apart enemies around him. His power of fire will allow him to ignite plants, provide light to areas, and cause enemies to detonate. Finally, he earns the power of thunder to paralyze enemies in their tracks with powerful electricity currents.

As Ken destroys enemy after enemy, he will obtain blood crystals and health crystals. The latter restore his lost life, and the former are used to power up his three swords and three ninjutsu powers. You can obtain bonus crystals by performing timed button pressed when finishing off enemies. Powering up the swords with blood crystals unlocks new combos. Powering up the ninjutsu makes their attacks more potent. You can also find hidden secrets through the areas you explore, such as pieces of health and chi that increase your gauges, new patterns for Ken’s outfit, new emblems for Ken’s headgear, and pieces of moji to unlock even more secrets. Obviously, there is tons of fun to be had when you are running through the streets of Tokyo. Enemies and objects alike fall to pieces under Ken’s swords. However, don’t think that this is an easy game. While not as difficult as Shinobi or Ninja Gaiden, Ken can still get overwhelmed if he is using the wrong tactics.

Quashed with Quick Time.
The fun does not stop there. During certain parts of the missions, and after any boss battle, the camera will zoom in on Ken’s eye. This indicates that a Quick Time Event (QTE) is about to occur. The story will progress as you press buttons that appear over Ken’s head. The better the timing, the better score you get at the end of the level. If you miss the press, you have to start the QTE over. While the game does get a bit too reliant on these, there is no denying they are a sight to behold. Ken will surf on missiles, drive a motorcycle through the air, jump thousands of feet off of a building to slice apart oncoming enemies, and perform more death-defying stunts. In fact, his acrobatics and style are enough to put Dante, Sieg, and Sonic the Hedgehog to shame. After you finish a boss battle, you will see Ken perform a finishing QTE. The final blow, called a Todome, will finish the foe.

The QTE system along with the regular combat makes Ninja Blade F-U-N, and then some. It can get frustrating if you mess up a QTE, and there are times when a boss battle can become too overwhelming, but these shortcomings are nothing to worry about. Ken can, and will, get back up and try again.

Native American…
The game is fully voiced, and the voice acting was done well for the most part. An interesting thing was that Ken switches from English to Japanese, depending on who he is talking to. However, Ken has no accent when speaking in English. For being a native of Japan, I would figure there would be some accent. I found it to be rather inconsistent. That aside, the voice acting, as well as the sounds were spot on. Nothing sounded more satisfying than crushing the exoskeleton of a giant wasp or spider. The music was nothing memorable, unfortunately. It was there, as is typical in most action titles.

Ninja Fashion.
One of my favorite aspects of the graphics was the fact that you could customize Ken’s appearance. Of course, I made his scarf the brightest of red in order to pay homage to Hotsuma. Anyways, the graphics were gorgeous. While the text that gets displayed would have been easier to read had my TV been of the HD nature, everything else was easy and awesome to see. Watching Ken perform his crazy stunts never got old, no matter how over the top they seemed. If anything, the game suffers from having too many of the same enemy. The regular foes are fun to kill, but it would have been nice if they had more variety to them.

Working Nine to Five.
Ninja Blade has only nine missions, some of which can be completed in about 20 minutes. While the main game may take only five to seven hours, there are many reasons to replay old missions. Powering up your swords, unlocking secrets, and just having a ball with destroying the bevy of enemies coming your way never got old. Sure, you can finish the game in a rental period, but purchasing it would allow you to go back again and again to master every level and QTE. Ninja Blade is not a perfect game, but it does have the qualifications of a fun title. It will forever be a mystery as to why other people never bothered to check it out. If anything, check it out because it has something more games need: ninja!