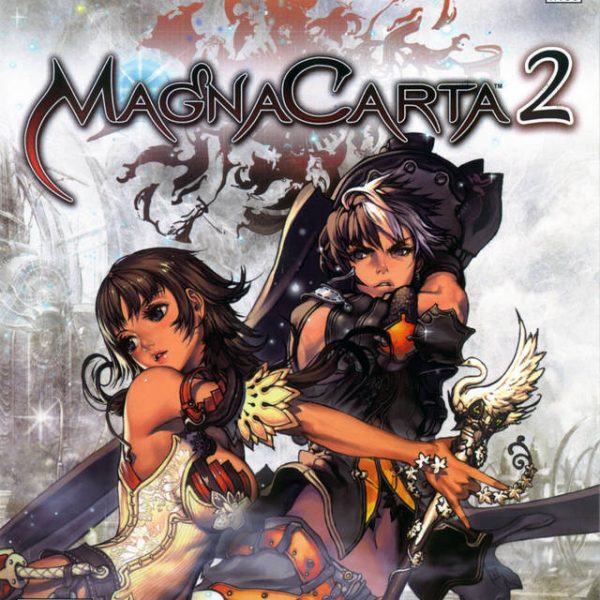 Author’s Note: This review was originally published on December 2nd, 2009. Like other reviews of the time, it features “witty” taglines separators for each section.

I’m not a betting man, but I’m willing to wager that the majority of the people on this site have not played the Playstation 2 title Magna Carta: Tears of Blood. The second installment in the Magna Carta series, Tears of Blood was an RPG that had endless potential and a phenomenal story. Unfortunately, due to some faulty design issues as well as severe loading problems, most people brushed it off after about three hours of game time. Those that saw it to the end, however, were rewarded with a satisfying conclusion. Needless to say, the game was not a big seller. Saying that I was shocked to learn the Xbox 360 would be acquiring the next installment, Magna Carta 2, would be a bit of an understatement. Hell, I was shocked to learn that they even bothered to make another addition to the series. Regardless of your familiarity with the Magna Carta saga, anyone who enjoys RPGs should pick up this title.

A Civil War Saga.
In the world of Lanzheim, ever since the assassination of Queen Ibrin by Overlord Schuenzeit, civil war between the Northern forces of Schuenzeit and a resistance group led by the Southern forces has erupted. At the center of the war, on Highwind Island, a young amnesiac named Juto meets up with the late queen’s daughter, Princess Zephie. Together they get swept up in the tides of war and soon learn more about Schuenzeit’s ambitions, as well as themselves.

Magna Carta 2 begins like many RPGs: there is a young boy with no memory of his past, a beautiful heroine on a mission, and a war between nations. While the story does start slow, it eventually picks up pace as you soon learn bits of pieces about Juto’s past, as well as the history behind his allies and enemies. In the end, the character’s were really fleshed out and developed, making them more memorable than characters have been in other RPGs. Once the cliches start to dissipate, you get left with a wonderful plot revolving around responsibility, love, and tragedy.

The Bipolar Biography.
While the story is a good, the way it gets told is a real downer. For about one quarter of the game, you are treated to gorgeous, 3D animated cut scenes that not only move the story forward, but keep you on the edge of your seat with cutting-edge technology. As for the rest of the story, you see two characters on one side, talking back and forth about the events going on. When you squint behind the characters, you will see their environment, surroundings, and the rest of the characters involved in the scenario. When there is more than one character in the scene and he or she has something to say, one of the characters gets switched out so the next person talking can say their piece. They go back and forth until the conversation ends and you are able to continue controlling your team through the current location. The bipolarity of the story ended up being the part of the game I disliked the most. The movies were great, but mindlessly hitting the A button to move onto the next chunk of text got painfully redundant.

Ultimately Unreal Aesthetics.
Speaking of those movies, let’s focus on the visuals. With the power of the Unreal 3 Engine, Magna Carta 2 is one of the best looking games I have played all year, even during some of the rather dull conversations. Highly detailed and textured environments exist everywhere, bringing the fantasy world of Lanzheim to life. Loading times do occur when you move from one environment to the next, but they have been vastly improved upon since Tears of Blood. One thing that does remain the same, however, is the character design. Hyung Tae Kim’s over-the-top style is back, and that does include the “watermelon smuggling” females. Luckily, the transition from 2D to 3D was toned down, giving the characters a bit more subtlety and realism. Well, Celestine does have a rather revealing outfit, but that’s beside point. Graphically, Magna Carta 2 utilized the 360 hardware to the fullest potential. The topic of this realized potential actually leads me to the next section.

Extinct Ears of Blood.
For those of you who have played the PS2 Magna Carta, you will be very happy to know that the horrendous voice acting and music is gone. While the music is nothing memorable, the voice acting cast has been kicked up a notch, full of recognizable actors and actresses. Thus, there are no more “ears of blood” like there were in Tears of Blood. Oh, and one thing to mention is that there is no cheesy opening theme song, either. Again, potential was realized by giving the characters more charisma with solid voice acting. However, no matter how solid the audio and visual departments are, they are irrelevant if the game itself lacks a solid battle system and play style.

Chain Link Fencing.
The biggest, and most important improvement since Tears of Blood is the battle system. There is no more overpowered protagonist, no more “one-shots” at dealing decent damage, and no more statue-acting party members. Throughout the game, Juto will receive tutorials on how to battle the forces of evil. At the start of the game, your arsenal is very limited. You can perform a combo with the push of the A button, use a special Skill with the X button, or open up the battle menu to use items or set the AI settings for when you have members you are not controlling. As you attack, you will build up a blue meter. This meter represents your stamina. When that meter fills up, you will enter Over Drive mode and the meter turns red. During Over Drive mode, attacks deal more damage. However, once your combo ends, you will enter Over Heat mode. In this mode, you will be unable to act, making you vulnerable to attacks. Bummer, right? Well, as more people start to join you, you eventually get to the nitty-gritty of the battle system. When you are in Over Drive mode, finishing a combo with a Skill will allow you to perform a Chain. With the push of a directional button, you will Chain to another character and gain control of him or her. Not only does this allow you to keep attacking, but it boosts attack power as well. Now, when the “chained” character enters Over Drive mode, finishing off a combo with a Skill creates a Chain Break. With a Chain Break, your stamina meters are completely restored and you can continue to attack your foes.

This may sound confusing, but the system is very easy to grasp thanks to the abundant tutorials provided. Chain Breaks are the key to success in this game, so there is a need to point out the way Skills, the techniques used to create Chains and Chain Breaks, are learned and used. Upon a level up, characters are rewarded Skill Points (SP). With these, you can distribute them to a character’s Skill Tree. All characters are able to use two unique types of weapons. For instance, Juto can use a one-handed sword or a two-handed sword. Thus, there are Skills available for both weapons. One of the most exciting features of Magna Carta 2 is acquiring a new Skill and seeing it in action.

To actually use a Skill, however, you need to build up Kan, which is the term used for magic in Magna Carta 2. For some characters, that means attacking relentlessly. For others, it means attacking relentlessly and using the environment. Magna Carta 2 has four elements: wind, water, fire, and lightning. Certain elements are more abundant than others, depending on the location. So, for the party members who rely on elemental Kan, observing your surroundings will allow you to build up Kan quicker, thus allowing you to use the more powerful skills.

Despite how confusing the system sounds, it is anything but. I never once feared getting a game over, but the game still provides a decent challenge if you fail to utilize the Chain Breaks. With plenty of skills to learn, party members to play with, and unique styles for each character, battling in real-time while using some strategic know-how created an excellent, one-of-a-kind battle system.

Fetch the Ball, Juto!
As you traverse landscape after landscape and town after town, often times you will run into people who have errands for you to do. The reward for helping out these people could be anything ranging from a new item or two, to some extra experience points. While accomplishing these fetch quests can become cumbersome, usually they take little time to finish. In fact, some of the best Kamonds can be acquired through these fetch quests.

What are Kamonds, you ask? Well, they are little spheres that come in various colors that can be attached to your weapons to increase their stats. The more powerful weapons can hold more Kamond, and this allows you to customize your characters as you see fit. If you set the right combination of Kamonds, you may unlock a bonus for your weapon.

More in Store.
This review is long enough, so for the purpose of length, I will stop with all of the Magna Carta 2 features. Just keep in mind, there is more in store than what I covered. Unfortunately, there is not much more in store when you finish the game. Sure, it will last you about 50 hours, but due to the lack of a New Game Plus option, there is little reason to go back for more unless you want to unlock some achievements you missed. However, while the game lasts, you are in for an excellent RPG from start to finish. I played plenty of RPGs in 2009, but Magna Carta 2 is the one that sticks out at number one. Regardless of your history with the series, anyone who enjoys a fun RPG with well developed characters, a unique battle system, and some of the best visuals the 360 has to offer should check out Magna Carta 2. I can promise you that you will not be crying “tears of blood” when all is said and done.