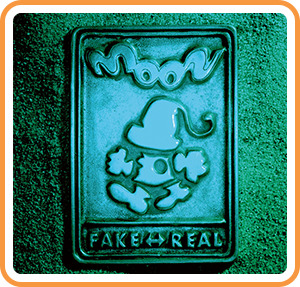 One day in the late 90s, I was clicking around a website that was dedicated to RPGs. I was reading about PlayStation RPGs that never made it to western shores. One of those games was called Moon. I saw some screenshots that were, simply put, bizarre. Even more bizarre was the premise: the website described Moon as an anti-RPG where you save monsters instead of slay them. After going through Chulip (another game from Moon’s developer’s: Love-de-Lic) a part of me wondered how Moon would have fared over here because, let’s be real, Chulip had a lot of issues. Still, I never forgot about Moon. And, I guess, Love-de-Lic never forgot about those that missed out on it because an English localization for the Switch was announced in September of 2019. For better or for worse, Moon is an experience like no other.

One of the reasons I always remembered Moon was due to its presentation. Moon’s graphics remind me of a combination of claymation and SaGa Frontier. The latter is my favorite game of all time. Moon is stunning. The colors and artistry used add to Moon’s quirkiness. Each area of Moon is filled with character. The music is interesting. During your adventure, you can collect MDs (each with unique cover art) and make your own soundtrack. Or, you can simply leave the music off and enjoy the ambiance. For those that played Chulip, you’ll immediately recognize Love-de-Lic’s take on voice acting. Characters speak in gibberish gobbledygook that is constantly amusing.

The other reason I always remembered Moon was due to its plot. Moon satirically begins with your character playing his GameStation in the late hours of the night. He goes through a game called Fake Moon (a game within a game scenario) that pokes fun at RPGs from the NES era like Final Fantasy and Dragon Quest. As he goes through the motions, he eventually reaches the final boss of Fake Moon. The battle carries on, but your character’s mom interrupts his playing just as things were getting good. It’s time for your character to go to bed. He lethargically turns off the GameStation and television. But, the television turns back on and sucks your character inside. He ends up in the world of the game he was just playing. Things look very different on this side of the screen. You need to figure out what happened and what to do to return to your world.

The introduction is strange, and it only gets stranger. More events happen that set the stage for Moon, but I don’t want to get too deep because half of the fun in Moon is discovering its strange world yourself. The abridged version is that the hero from Fake Moon is running amok, your character dons kooky clothing, and gets asked by a spirit of Moon to gather Love throughout the world. You gather Love in two ways, which will be described below. The story in Moon is creative and charming. Moon’s residents are easy to fall in love with. The world itself features a day and night system, plus different days of the weeks. Everyone in Moon has their own schedule that makes the world feel more alive. Of course, the downside to this is that you’ll spend a lot of time waiting for the right moments when certain characters and events become available.

Helping the above mentioned residents of Moon is one way to gather Love. Moon is very non-linear, which can be frustrating without the assistance of a guide. After the initial events, you’re basically on your own and need to figure out what to do to help each individual. There were many times I thought to myself, “What the heck do I do now?” Wandering aimlessly can feel like a waste of time, and it also drains your energy. In Moon, there isn’t any combat. However, you can still get a game over when your energy is empty. To restore it you need to rest or eat food. To increase it, you need to gather Love. Trying to gather Love from the first group of people you meet can be infuriating because you’ll be learning the ropes, the methods for Love acquisition from some of these folks are obtuse, and your activity limit will empty before you know it.

Luckily, there’s another way to gather Love, and lots of it. In order to reach maximum level, the hero from Fake Moon has been mercilessly slaughtering every animal in his path. The souls of these animals now wander about. Your character can catch these souls so that they can pass on peacefully in the afterlife. Doing so rewards with you Love and the game’s currency, Yenom. Saving the animals is one of the most rewarding aspects of Moon because each one has its own required quirk for rescue. It’s fun to figuring out how to do so. After a certain number of animals have been saved and you get your get your Love high enough, you’ll have more time and freedom to explore Moon to its fullest. Tasks range from simply talking to people, to playing games of memory. There are music puzzles, fetch quests, and fishing. There’s even a fun mini-game where you create your own fireworks. Not all of the tasks are fun. The ones that are enjoyable tend to sadly get overshadowed by the ones that aren’t.

After helping enough folks of Moon and gaining a high enough Love Level, my time with Moon came to an end in about 15 hours. Interestingly, that’s about the same amount of time I spent with Chulip. The difference between the two is that I have no interest in replaying Chulip, whereas I look forward to the time I get to replay Moon. There’s still a part of me that is in disbelief that the game was localized. I hope other games from the era, many of which I still remember while perusing that website back in the late 90s, get the same chance. If it could happen to Moon, then anything is possible.

Overall, 7/10: In Moon, Love always wins. Gather as much of it as you can in a delightfully bizarre RPG.