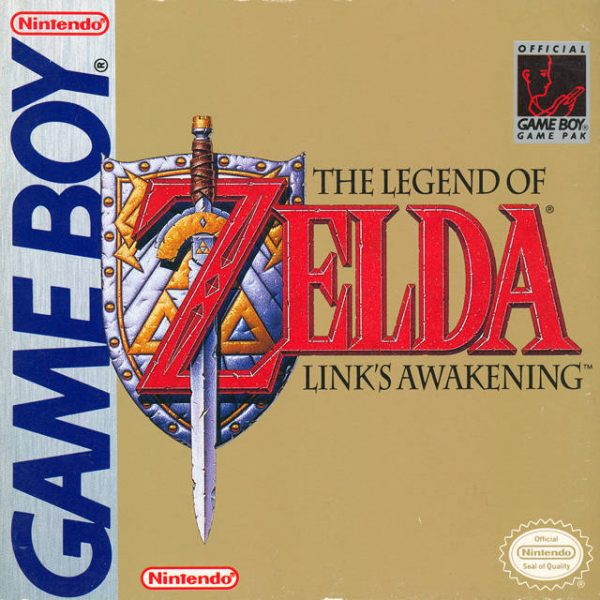 My time with the Legend of Zelda series is surprisingly small, despite my love for adventure games. Like any gamer worth his status, I know a good amount of stuff about the series. However, I never found the time nor desire to play through any of the titles. Well, except for one. Despite there being numerous games out there featuring everyone’s favorite green hatted elf, Link’s Awakening is the only one that kept me hooked from start to finish. For those who are Nintendo savvy, you probably know that there a variety of ways to enjoy Link’s Awakening. This review is going to pay homage to the original on the Game Boy that is shaped like a cinder block.

Despite the lack of color, the Game Boy does a good job at capturing Link in his new quest. The graphics look like they came from the original Legend of Zelda, but have less pixilation. At the time I played it, I never cared about the game being in black and white because the huge world of Koholint Island.

That’s right, the entire game takes place on an island. Link will not be in Hyrule at all in this adventure. After he gets marooned on the island, he learns that there is only one way to return home. Link needs to find magical instruments and awaken an entity called The Wind Fish in order to return to Hyrule. With the guidance of a wise owl and the support of a girl named Marin, Link will hopefully return home. One of my favorite things about this game is that the story will take a dark turn when you start to get closer to awakening the Wind Fish. At the time, I was very surprised by the events that transpired.

But, the meat and potatoes of the game is adventuring with Link as he goes through a variety of dungeons, solves puzzles and finds items. The game takes place in an overhead perspective. Due to the limited amount of buttons on the Game Boy, you don’t have many options at your disposal. While you can use your sword with the A button, you can use a variety of artifacts with the B button. Making the switch is easy, but it can get tedious having to go from the Hook Shot, to the Pegasus Boots, to the Roc Feather and so on. Speaking of the Roc Feather, this is the first title in the series that let’s Link jump. All of the tools he finds will be used in the dungeons and to fight against the challenging bosses. The formula is addictive and will keep you playing until the credits roll.

The only downside to this game is that it’s very, very short. In about eight to ten hours, you can finish your adventure on Koholint Island. However, with a variety of side-quests and secrets to uncover, the adventure never grows old and replaying the game is a treat. For my first Zelda title, I’m glad it was this one. Maybe some day I’ll get around to the others, but for now, I’m happy with the memories of Link’s Awakening.