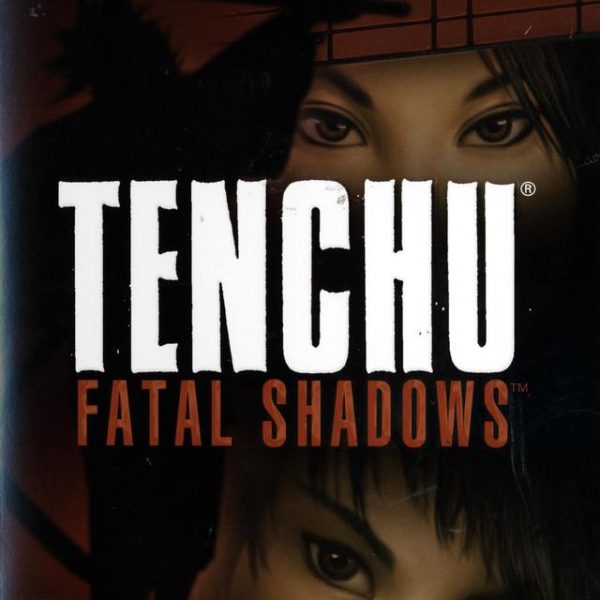 Author’s Note: This review was originally published on July 11th, 2006.

Originally, I disregarded this game for not having the same enjoyment factor that Tenchu: Wrath of Heaven had. However, after a long hiatus of ninja games, I got this game back and put it into my PS2 with a new attitude. I am glad I decided to give the game a second chance because Tenchu: Fatal Shadows is a good game. I still enjoyed Wrath of Heaven more, but Fatal Shadows has some new features that help the game stand out.

Killing for Honor and Killing for Revenge
Tenchu: Fatal Shadows stars Ayame and the new character, Rin, on their journey to stop an evil clan of ninja from taking over Japan. Ayame finds Rin’s village burning to the ground, and after a confrontation, the two kunoichi set off to exact justice upon the killers. Both characters reveal interesting things about themselves, as do some of the main villains. However, the story isn’t anything novel. Yes, I expected this because this is a Tenchu game, so I will let it slide. It was interesting being introduced to Rin and the new cast of villains, and Ayame is just as cool as ever. Also, fans of the series will recognize some returning characters. Unfortunately for me, Rikimaru was no where to be found.

A Sharper Image for Sharper Blades.
The game’s graphics look much sharper than they did in Wrath of Heaven. While there is still plenty of room for improvement, the graphics got an upgrade from the previous entry. Gone are the blocky character models, but the cheesy blood spurting animations fail to give the game the realistic feel it was going for. This was over-looked in the first PS2 Tenchu because of the many game play improvements, but you would think that it would be taken care of in this game, especially at this point in the PS2’s life. The backgrounds and level designs are just as good on the eyes. There are some interesting, although dark, places to which you shall travel.

Silent like a Mouse and Deadly like a Lion.
The feel and playing style of the game are the same as they’ve been in other Tenchu games. You chose a level, you pick out some items, you’re given hints about the stage, you aim for being stealthy to earn the highest ranking possible, you maybe encounter a boss, and finally obtain a ranking at the end of the level. Add in some story scenes and that’s what you’re basic Tenchu formula. However, some things have been added to this formula.

The most obvious new feature is the new character, Rin. She has a fighting style completely different than that of Ayame’s. This also means that she has never before seen stealth kills. Rin will also get items that only she can use, much like Ayame will. Near the end of the game, the two ladies will share nearly all of the same items with the exception of a few.

Speaking of items, some new items have been added to this Tenchu. You will recognize the shuriken, the blow gun, the sticky bomb, and the chameleon spell, but you will also get to play with the wasp nest, the spinner, and the cannon. There are many more items you will find in your quest and playing around with them is quite fun.

My favorite new feature was the way Ayame and Rin acquired new moves. When you perform a stealth kill, the enemy will drop scrolls. If you time your button presses properly, they will drop extra scrolls. You will know when this happens because the screen will flash. At the end of you mission, your scrolls are tallied up. If you reach a certain amount, you will learn a new move. Ayame and Rin do not share scrolls, so each girl will learn new skills at a different rate. Some of the skills, like the wall run, the hawk vision, and the grappling hook maneuver are learned by both girls. Ayame will learn how to make a quick sprint, while Rin will be able to become one with the shadow for a brief period of time.

Finally, Ayame and Rin have the ability to kill two people at once, however it is a rare occurrence when you are able to pull these off, not to mention they aren’t worthy anything more than a regular stealth kill. If you’ve played other Tenchu games, then all of this will become easy to use once you pick up the controller.

If you are spotted by the enemy or are up against a boss, it is time to get physical with melee combat. Hand-to-hand combat provides a slight challenge because you’ll often be surrounded by a group of foes. Furthermore, most of the melee fighting can be a bit clunky. Enemies will block most of the time. It’s not challenging, but annoying. This is why it’s important to use stealth. Luckily, you have a very nice camera helping you out that is as quick as the kunoichi you are controlling. By default, boss battles are a difficult thing to overcome until you get the hang of the foe’s pattern. You can create various combos with your character, but actually hitting the intended foe with the combo can be a tough task. Overall, the game play was remained unchanged for the most part, with the exception of new kills, items and techniques.

Japanese Tunes with Curdling Cries.
I love the ancient times oriental sound track, even though most of the songs can loop more often than I liked. Some of the songs come from other Tenchu games. The game also features some better voice acting, and luckily you can switch between American and Japanese VAs. The other sounds were done well, and nothing spells satisfaction like the sound of an enemy’s throat being gashed during a stealth kill.

A Forgotten Past for A New Beginning.
So, with all of this information about Tenchu: Fatal Shadows…do you buy or rent? I say buy if you are a Tenchu fan, or if you like anything dealing with ninja. To the fans of Tenchu, this game is everything you know, and in some cases love, about the series. I enjoyed the game from beginning to end. You will find plenty of things to unlock once the final boss has been defeated. I am unsure why I stopped playing Tenchu: Fatal Shadows before. Whatever the reason, I am glad I gave it a second chance because the game has much to offer. While the graphics could have looked a tad better, and while the AI was a bit moronic at times, this is another ninja game that does the best warriors in Japan justice.