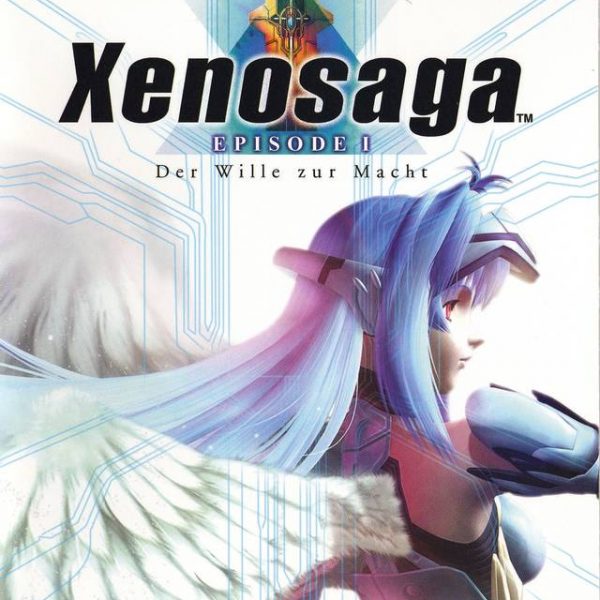 Author’s Note: This review was originally published on March 5th, 2003. Of all the 2003 reviews, this one might be the 2003-est. The level of blind fanboyism and fanboy-rage is palpable.

Wow…what a game. I was worried that there would be too much hype for this game, but my god… This is one truly incredible game! For those of you who enjoyed Xenogears, get ready for a new quest.

Story 10/10:
In the distant future, humans and other races exist in space. The various galaxy federations have inter-planetary communication, each with their own goals and ambitions. One federation is Vector Industries. The First Order of Vector is creating an android to combat Gnosis, a form of evil creatures that spread terror about the universe. Shion Uzuki is the leader of creating the android, named KOS-MOS. However, Shion is in for a quest that will take her beyond the far reaches of the universe. The story is truly amazing. With a space setting and religious ties, you will be hooked. The entire setting is so well done, words can’t describe how original it truly is! Whenever you ask, ”How does that work? What is that?” you will get an answer. Namco left no leaf un-turned. And what they did leave is for the later episodes!

Gameplay, Field 10/10:
Very easy to learn and understand. The gameplay is very linear, but it’s still tons of fun. The menus may get annoying at first because you can’t access everything right away, but they’re nothing that will give you a hard time. My one complaint is that the confirm button is the O button, not the X button which most RPGers are used to nowadays. What’s worse is that you can’t change it, but it’s no biggy. A great thing about the gameplay is the ability to use the Square button to fire your Vaporizer Plug-in. This gun allows you to, for lack of a better term, BLOW STUFF UP. By doing this, you can access new areas and find treasures. Also you can spread fire and electricity to halt enemies in their tracks. Speaking of treasures, there are tons of them to find, and there are four amazing mini-games in which you can earn more treasure! You can also receive E-mail from people and get new items and Techs. as a result! Again, the creators of this game did an amazing job with the gameplay.

Gameplay, Battles 10/10:
MY GOD ARE THESE FUN!! First off, they’re really challenging because a lot of the monsters hit hard. It takes a while to get used to the battle so you can get out with minimal damage. Battles begin when you run into an enemy, so there are no random encounters. Enemies will give chase if you aren’t stealthy enough. You can have up to three characters in battle, each with their own unique attacks and Ether (magic) skills. Your characters have 4AP at the start of the battle. With this AP, you can use items, Ether, guard, or attack. If you attack you use 2AP for one attack, so you can attack twice. If you want to use your Tech Skills, which are your powerful moves, you need to conserve 6AP. This is done by guarding or using one attack. You learn more Techs as you level up. Techs can be improved using the TPts. you gain from after a battle. Ethers can also be improved by using E.Pts you gain after a battle.
Also in battle you can summon A.G.W.S, which are giant robots. These customizable robots are super strong and have a ton of attack power. However, only a select few of the characters can pilot these Mecs. So overall, the battles are just a ton of fun. You will enjoy leveling up in this game.

Gameplay, Character Development 10/10:
You are going to know each and every character, and pretty much every NPC as a real life person. You will find yourself saying, ”I bet Shion would say blah blah blah” at times. The characters develop really well over time. They all have great stories to tell, mysteries to reveal, and things to contribute to the quest.

Graphics 10/10:
HOLY GEEZ ARE THESE GOOD! First off, they’re 3D anime models, so you must already know that the girls are going to be simply gorgeous. Also, the entire background setting is so well done and detailed, you’re going to want to stop and just look for a while. While the scenery can get bland after a while due to the fact that you’re on a space ship a lot, the graphics are still simply stunning. Oh, and in the cinematics (which are a large part of the game) are to die for. The battle Techs and Ethers are dazzling, and each character has their own unique pose in battle. The weapons change, the Mecs are STUPENDOUS, and gosh darn it…EVERYTHING JUST ROCKS ABOUT THE GRAPHICS!

Music 10/10:
A lot of the times you won’t hear music, just the sound of your space ship. However when you do hear the music, crank that volume up! The battle music totally rocks, and the dark religious music is amazingly cool. The orchestrated backgrounds are of the highest quality as well. If I ever find the soundtrack, I’m going to totally buy it.

Sound 10/10:
The sounds you make as you walk react appropriately with the floor, so the creators paid plenty of attention to detail. Also, the voices match the characters EXTRAORDINARILY well. They are so well done, you won’t want the cinematics to be over! Speaking of the cinematics, the dubbing is excellent. Remember the dubbing in FFX…? Well, Xenosaga is nothing at all like that. You can tell that they spent a long time making sure the lips moved properly. Well done Namco!

Replay Value 8/10:
This is a looooong story. By the time you’re done, you may have forgotten some of the foreshadowing that took place. So I think you will totally be playing this game again. And even if you don’t play it again, still hold onto it. The game rocks!

Difficulty: Medium-Hard
Survival may be hard at first because the battle system may confuse you from the start. But once you get used to it, you will be fine. Some of the bosses can really be challenging, but that’s how it is supposed to be in an RPG!

Buy or Rent? Buy!
Who wants to waste money renting the game when you know you’re going to buy it no matter what!? Buy this game and hold onto it forever!

The wait was worth it! Xenoaga Episode 1 will totally stun you in every way. It has everything you asked for in an RPG and an anime movie. Life has a new purpose: the completion of Xenosaga!