Eternal Darkness is, literally, insane in the membrane. 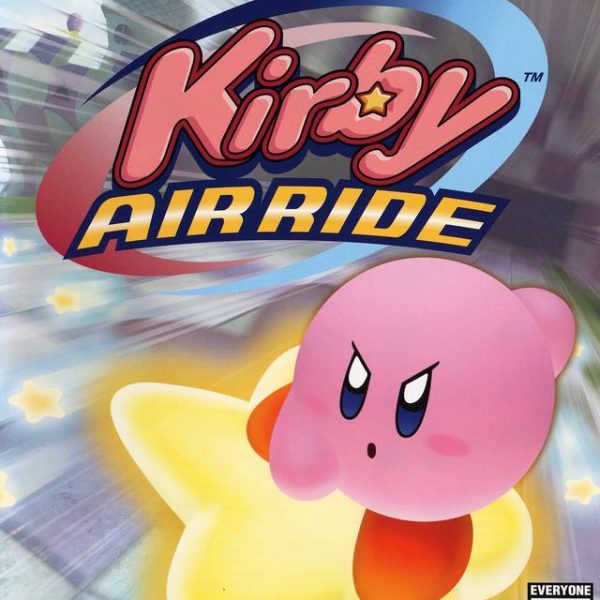 My favorite Nintendo mascot has found himself in another game that takes him out of his (and my) comfort zone. Indeed, I am talking about Kirby. Once again, my favorite pink n’ puffy piece of preciousness has been perilously placed in a precarious proposition. Of course, it was only a matter of time before he entered the world of racing. It happened to Mario. It happened to Chocobo. It happened to Diddy Kong. Why not try a new racing game with Kirby? With it not being a traditional Kirby title, Kirby Air Ride offers enough fun to last only a couple of hours. It won’t have the staying power of Mario Kart and it lacks the story and writing of Chocobo Racing, but fans of simple racing games may get something out of this title.

Like most racing titles, regardless of them featuring a mascot, Kirby Air Ride doesn’t have a story. But, this isn’t a big deal. Instead, Kirby Air Ride has three modes of play that can be selected at any time. As you continue to play them, you will unlock more and more content for them. The controls in all three modes are the same. Kirby Air Ride is an exceptionally simple racing game that requires the use of only the control stick and the A button. Your character, which is usually one of the many colored Kirbies, is always moving forward. With the control stick, you can steer. With a flick of the stick, you can do a spinning attack that will knock away obstacles and other racers. Sometimes, you can glide or float if you hit a ramp by gently tilting the stick up or down. The A button is used to store power, break, perform a boost, suck in enemies, use a copied ability and/or spit out enemies that don’t provide Kirby with a power. And that’s it. Kirby Air Ride is a humble racing game that is easy to pick up and play, but will likely turn away those that like more complex systems.

The three modes might be varied enough to keep players coming back, at least for a short amount of time. Air Ride mode is for up to four players and, for all intents and purposes, can be considered the standard racing mode. You select from a variety of courses, vehicles, and from one of two types of racing: Lap or Time. Additionally, you can check out Free Run mode in for practice. Top Ride mode lets you view a course from a top camera perspective. As you race against other computer players, you will try to find power ups like drills, bombs and food in order to move ahead of your foes. Finally, City Trial mode is the one that will take the longest to complete and the longest to master. Instead of a track, you ride your vehicle through a gigantic city and collect power ups that can be applied to your current cruiser. With enough exploration, you can unlock a variety of new racers, new characters to use, and other secrets. Once the time runs out in, you and the rest of the players will go head to head in some sort of challenge. City Trial mode is the most varied of the three, but the mechanics remain unchanged no matter which mode you’re playing.

I don’t mind the simple controls and there are moments when Kirby Air Ride is a fun way to kill time. Heck, there are some moments when it actually feels like you’re playing a traditional Kirby game. But these moments are fleeting because my biggest problem with the game is its redundancy. For a racing game, Kirby Air Ride is lacking a certain flavor that makes people want to participate in just one more course, just one more battle or just one more task to accomplish. It’s not because of the simple controls, because they work well. It’s not the lack of things like banana peels or turtle shells because the copy abilities provide some sort of power up for your racer. It’s just that nothing about the game sets it apart from other racing titles. As a Kirby game, it lacks the features that make the mascot so memorable. And as a racing game, it lacks the fun that makes you want to invite three of your friends over to play it with you.

For those that do look further into Kirby Air Ride, you’ll be glad to know that the game has a great look with some great tunes. Like other first party Nintendo games on the Game Cube, Kirby Air Ride is a game with lots of polish and color. Originally intended for the Nintendo 64, it’s great to see Kirby on gorgeous display. With a huge variety of courses, items, power ups and vehicles to unlock, the developers took full advantage of the Game Cube. The music is catchy, but nothing will stick with you once the system is turned off.

Kirby Air Ride could last months for those that wish to unlock everything. However, my guess is that it’ll get put away permanently in favor of other racing and/or multi-player games after a few hours. My biggest issue with this title is that it features Kirby. Instead of the Game Cube having a traditional Kirby Game, the only time we really get to see him in shine is in Super Smash Brothers Melee. It’s unfortunate, because Kirby deserves better.

Overall, 5/10: As a Kirby game and as a racing game, Kirby Air Ride lacks the features that makes the aforementioned games memorable.