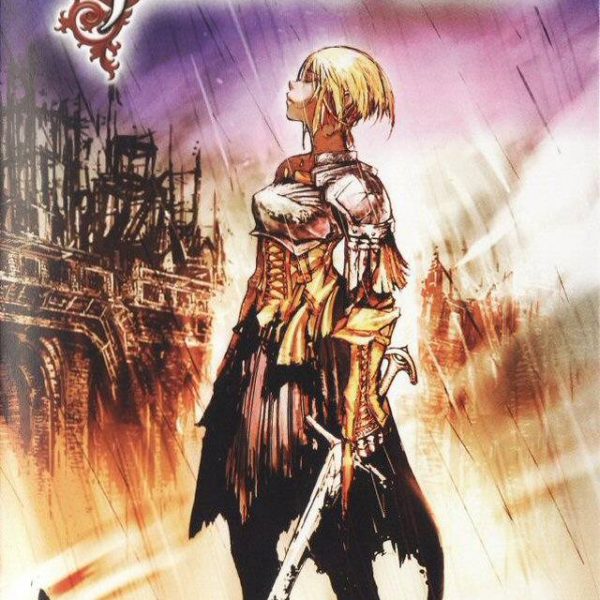 Author’s Note: This review was originally published on December 18th, 2008. Like other reviews around the time, it features “witty” taglines to separate each section in lieu of standard section headers. I received quite a bit of flack for this review.

If there is one thing I enjoy in a video game, it is when a female is in the lead. Be it in RPGs like Valkyrie Profile, SRPGs like Yggdra Union, or even good, old-fashioned action games like Nightshade and Metroid, a strong woman usually is a key ingredient in a successful video game recipe. Thus, it was a shame that Jeanne D’Arc was such a snooze-fest. Despite the leading lady, the rest of the game left much to be desired.

France and Fantasy.
The real story of Joan of Arc tells a story of a young, French woman that hears the voices of heaven to lead her people to victory in war. Jeanne D’Arc’s story is quite similar, and probably the best part of the game. Jeanne, living in a small village, is enjoying a festival. After a chance encounter with a wounded knight, Jeanne finds a mysterious armlet that grants her magical powers. These powers lead her and her friends to a mighty destiny that involves a bit of history and a bit of fantasy, all rolled into an excellent story. Along with the excellent story is a cast of fun characters. As the story develops, so do Jeanne and her friends. Unlike some SRPGs, there are no mercenaries or lackeys to fight alongside you.

Heads de Bobble.
The graphics in Jeanne D’Arc need a bit of polish. While there are plenty of beautiful anime portraits and a handful of anime scenes, the character graphics look like bobble heads. Similar to Romancing Saga: Minstrel Song, it is difficult to take this game seriously when you see such silly looking characters. Despite this shortcoming, the environments and special effects look fine. However, for a PSP game, I expected a bit more from the overall presentation.

Je Parle Francais!
The fun characters in Jeanne D’Arc are given more flavor with a good batch of voice actors. While the only time you will hear the voice acting is during the anime movies or the battle cries, the job was done well. However, with this pro comes a con, and that is the music. For a game based on French history, I expected the music to be full of orchestrated classics. Instead, we got tunes that are easily forgotten as soon as you turn off the PSP.

To Arms! To Arms!
The flaws in Jeanne D’Arc could have been overlooked had the game been fun to play. Unfortunately, the game is boring. No, it is not bad, but very boring and uninspiring. On the world map, you can equip your characters with armor, weapons, and skill stones. Obviously, skill stones grant your characters new abilities. You can enter shops to get new things, and you can combine skill stones to form more powerful stones, thus letting you deal with your team’s limited skill stone slots. This customization can be fun, but it can also be tedious. I found it more tedious than fun only because I have seen systems similar to this so many times before.

When your characters are good to go, it is time for a battle. Using the overdone player-turn, enemy-turn system, you fight it out until one side is no longer. If you are in a story battle, you may very well find other battle conditions that need accomplishing to achieve victory. Like most SRPGs, you move your character to a certain square on the map. If in range, you can attack a foe. Then, a foe will counterattack. When all of your members are done, your turn is finished and then the enemy attacks.

The basics are a bit humdrum. Unfortunately, I found the new features to be the same way. One new feature is the Link Guard System. If a foe attacks your character, he or she may take less damage if he or she is surrounded by friends. Another new feature is the Burning Aura System. After you attack an enemy, the square directly behind the enemy will glow. When someone is placed in that square, that someone gets a huge boost in power. Finally, characters with special powers like Jeanne can transform in the heat of battle. Not only will their stats increase dramatically, but after finishing off an enemy, they can gain an extra turn. Ultimately, this means that this character can attack as much as possible, so long as there are enemies to be finished off in a single blow.

On paper, the new features in this SRPG sound exciting. On the PSP, however, I found them to be anything but exciting. In the end, I felt as though I was playing yet another SRPG that required a bit of thought, and bit more level building. Certain story battles can be a bother, especially if there is a turn limit or the friendly AI decides to do something unintelligent. Overall, the game play is dry. While it does offer some features never before seen in SRPGs, the features were not enough to save the game from being boring.

Stick to the History Books.
The story in Jeanne D’Arc was exciting, but the rest of the game had features ranging from average to below average. Overall, the game was boring. Those who are die-hard SRPG fans may enjoy it. Usually, I consider myself to be a part of this group, but Jeanne D’Arc was unable to be that captivating story that was portrayed in European history.