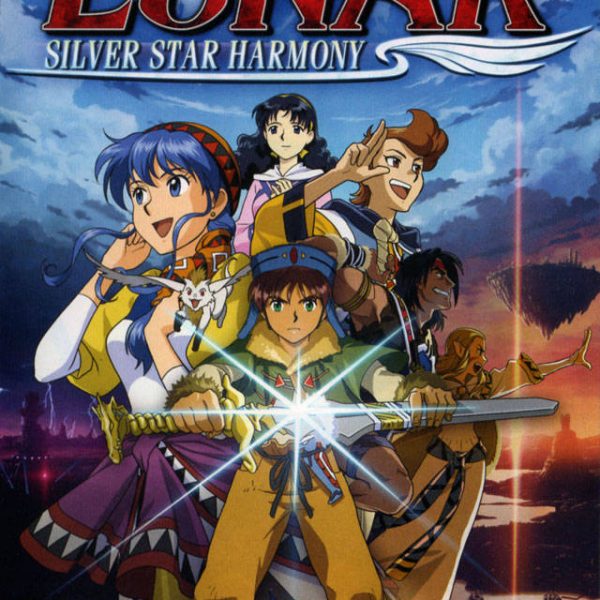 When I think of Working Designs, I immediately think of one thing: delays. Lots of delays. Delays upon delays upon delays. That was the name of their game back when they acquired localization rights to RPGs such as Growlanser, Arc the Lad and Magic Knight Rayearth. Lunar: Silver Star Story Complete had plenty of delays. Were they worth it? No. In fact, Working Designs promised me a mansion, but instead I got a shack! It was functional, but it wasn’t enough. The delays had no excuse Thus, it’s ironic that XSeed’s publication of Lunar: Silver Star Harmony makes me think of the delays. Unlike Silver Star Story Complete, the enhanced PSP game was released in a timely manner, but the problem with it is that it suffers from some of the worst loading times and game play designs I’ve ever seen in a video game.

To be fair, this is the best looking and sounding version of the game. The sprites are much more detailed than they were in previous editions. Special attacks and spells got a bedazzled make over. Now, they actually look like they can cause some hurt. The exact same anime scenes from before have returned, but the scripts for these got subtle changes. Personally, copying and pasting is a lazy design idea. One of the biggest upsets is in the music department; they changed the lyrics to Luna’s songs! How am I supposed to sing along with her on the boat if they used an entirely new set of lyrics? Aside from that, the music and voice acting sound great on the PSP. Despite some lethargic tendencies, this is easily the best version when it comes to graphics and music.

Unfortunately, that’s where the fun ends. This version of Lunar does have a fresh coat of paint. Behind the paint is an old shack that’s about to fall apart. The script has, thankfully, very little references to pop culture. It tells the tale of Alex and his desire to become a dragonmaster like his hero, Dyne, who along with three others, saved the world from an overwhelming evil years ago. Alex wishes to have that kind journey. Our hero has been given much needed depth. He actually has a few things to say other than, “Luna!” or “Ghaleon!” The script, much like the anime movies, has been copied and pasted to the PSP. Again, you’ll notice subtle differences, but chances are you have seen it all before. If this is going to be your first time with Alex and his crew, you’ll be in for a predictable but endearing story. Such a tale! Such a yarn. Such a classic JRPG formula that couldn’t stand the test of time, much like an old, over-used shack.

But, with enough nails, hammers, wood and TLC even the most dilapidated of structures can become beautiful. The creators of Silver Star Harmony must have left their tools at home, TLC included. The biggest problem comes with the loading times. To give you an idea of what to expect, we should look at an example of you, the player, stuck in rush hour traffic. You’re on the highway, coming home from a long day of work. The day’s end is in sight! You’re cruising along at a brisk pace, but all of a sudden, you have to slow down and stop. What gives?! You’re frustrated! You’re angry! Why did everything come to a dead halt? Whatever. The traffic picks up after three seconds of waiting! Phew! That was close, you almost got delayed and–it stops again. What’s going on!? There better be an accident!

You end up making it home. Too bad it took much, much longer than it should have. The cause of this traffic? Nothing. There was no excuse as to why the nimrods around you were driving like turtles on your entire commute. You just wanted to get home! What was the hold up?! Nothing. Similarly, Silver Star Harmony plays the same way on the battlefield and in it’s locations. You just want to progress the story! What’s the issue? There are, again, no excuses for the ridiculous loading times and their abundance. You’re loading 2D sprites, people. Entering any house, room, dungeon, or corridor causes the screen to fade out. Slowly. Then it starts to light up and chances are you’re in a dinky, small area that has nothing to offer. So you exit the room and it fades to black. Count with me: one, two, three. Gasp! It’s lighting up again! Count with me again: one, two, three. You’re back in the original area. Now, multiply this method of exploration times 200 to 400; depending on how thorough you want to be. I’m not exaggerating. The load times are abysmal. Battles are a bit swifter, but thanks to the dungeon corridors being narrower than an Indiana Jones escape, you’re going to be forced to fight monster after monster. Why bother with on-screen monsters if you’re going to get into a fight every two to three steps?

Battles are similar to the other versions. At the start of a round, you select the actions you’d like your team to perform. Combat plays out. You watch the drama unfold. Then, you select your commands again. This is how it goes until the enemy team dies. Some strategy is involved due to a range system, as well as the fact that you’re token healer, Jessica, is a power hitter. Should she heal or should she dish out damage? Either way, the challenge from earlier versions is gone with normal encounters, but bosses still follow that ridiculous formula in that their base level is multiplied by Alex’s level. However, this new version has a Limit Break type of system to help deal with the boss’ surplus of energy. After dealing and receiving enough damage, you can unleash a special attack that usually works wonders on the annoying bosses you encounter.

People who just can’t get enough Lunar: The Silver Star will be glad to know that the PSP version does have some new content, the most relevant being the fact that you can play as the original four heroes in their quest to save the world. While it does shine some new light on things, it doesn’t make up for the rest of the game. You can put a cute diggery-doo on the outside of your shack, but it’s still a piece of crap. Due to all of the problems with this game, it’s doubtful we will see an enhanced port of Eternal Blue; the superior of the two Lunars. I don’t include Magic School because it never got released state-side, nor do I include Dragon Song because…well…we won’t even go there. It’s such a shame, really. Having an enhanced port of Eternal Blue would give the creators a chance to fix the buggy issues, add more cut scenes and make a better combat system. It would give XSeed the opportunity to do away with Working Designs’ script and create something more fresh; more current. But, it will never be so. If your PSP needs an RPG, look elsewhere. This is especially true if you’ve already played Lunar: The Silver Star. If you have yet to try Lunar, you have your options available. You can play the original on the Sega CD if you want to do some hunting. You can play the “updated” version on the Playstation if you’re willing to shell out a ton of money. You can play the Game Boy Advance version and deal with some translation issues. Or, you can play the PSP version and deal with all that I mentioned above. The choice is yours. No matter which version you play, you’re still playing Lunar: The Silver Star. The only difference is which shack you’re getting yourself into.