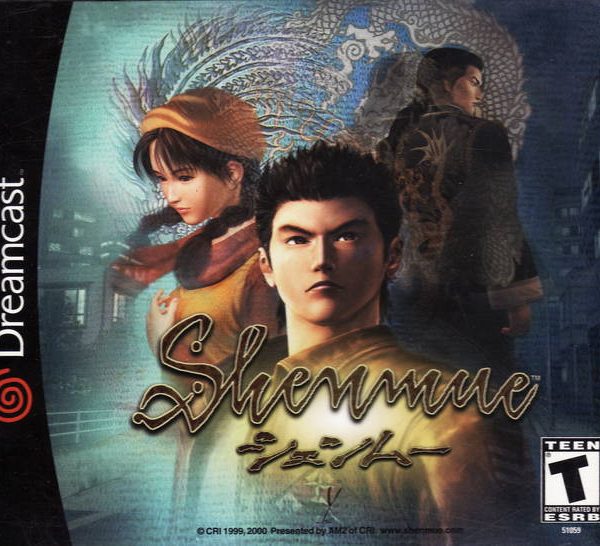 Certain games have more ambition than an aspiring actor or an Olympic athlete. They attempt to do things never before seen in this entertainment medium and either take a game to new heights or fall flat on their polygon or pixelated face. A game that is filled with ambition and a gigantic bill to show for it is Shenmue on the Sega Dreamcast. Prior to its release, the amount of advertisements and coverage for Shenmue was overwhelming. The videos, articles, interviews and previews for it caused me to believe that Shenmue would be a revolutionary title. Unfortunately, my Dreamcast desires were lacking during its release. In other words, my Shenmue experience started many years after it was put on the shelves. Thanks to a crowdfunding campaign for Shenmue III and the appearance of Shenmue’s hero in Project X Zone 2 as a solo unit, I finally decided to step into this ambitious world and see what it offered. With all of its issues, Shenmue manages to be almost everything that the fans say it is and almost everything its developers wanted it to be.

As soon as a new players pop in the first of four discs in their Dreamcast, one thing is for certain: this is a gorgeous game with graphics that manage to hold their own against today’s generation of consoles. Taking place in Japan during the 1980s, the developers did a magnificent job capturing architecture, fashion, hair styles, and cultural nuances. As you continue to explore Japan, you will notice how much care was given in order to provide a strong sense of realism. A lack of moving clouds and swaying trees might make a few gamers scratch their head, but for the most part the game excels in the graphics department. Shenmue’s soundtrack is also a sensory treat. Depending on the time of day, the music will change. During story events, the music will match the mood of the circumstance. No matter what, this is a fantastic collection of music that once again captures the feel of the game. Unfortunately, the terrible voice acting might distract you from it. I question where the staff found these “voice actors.” There is nothing much to say about it; the voice acting is awful.

Furthermore, the script tends to have some annoying and cheesy lines. When those lines are voiced, it takes away from the narrative. Shenmue is a story of revenge. At the center of it is Ryo Hazuki, an average student that witnesses some tragic events upon returning to his family’s dojo. Ryo sees his father going toe-to-toe against a powerful martial artist from China named Lan Di. Lan Di threatens to end Ryo’s young life if his father doesn’t give the location of a mysterious artifact called the Dragon Mirror. Upon retrieving the mirror, Lan Di kills Ryo’s father. Now, Ryo has vengeance on his mind and needs to gather clues in order to get his revenge and find the truth about the Dragon Mirror. The narrative is interesting and continues to leave you guessing as you delve further into it. As mentioned, there are moments in the script that feel out of place due some odd writing. However, there is no doubt that you will be routing for Ryo from the start. The mysteries behind his family, the stolen mirror and the villains will keep you going until the final moments of the game. As a lead character, Ryo is fantastic. He cares for his family and his friends, and isn’t afraid to get his hands dirty if it means new information about Lan Di.

For the majority of the game, Shenmue offers an open-world type of game that can be compared to something like the Grand Theft Auto series. Time is always moving, so certain NPCs or shop owners will not appear until certain times of day. At the end of each day, Ryo will return to his house and get ready for the new day. Ryo’s main objective can be viewed in his notebook and usually the game gives you enough guidance regarding the next story-related destination. However, it’s really easy to become immersed in the world of Shenmue and let the quest for revenge take a backseat. Since you have no way of advancing time, you will learn to distract yourself by collecting figurines, chatting with shopkeepers or random people, playing arcade games, practicing your fighting and/or other daily tasks. Obviously, the lack of an option to wait for a certain time or the ability to make the clock move faster can make the optional content outlive their welcome when you just want to advance the story. Truthfully, I have mixed feelings about this. I understand that Shenmue is trying to achieve realism and not having the ability to manipulate time adds to that realism, but I can only play in the arcade for so long before wanting to see what happens next.

When you do reach the next plot point, there will be dialogue revealing more information and Ryo will document what he needs to do in his journal. Shenmue also features quick-time events that require precise button presses in order for Ryo to advance. As far I can tell this was one of the first times this feature was added to a video game. If you fail the QTE, you have to start the entire sequence over. During one key segment of the game, Ryo will have to operate a forklift. This is another low blow for Shenmue. Driving a forklift looks fun in real life, but adjusting to the controls in Shenmue is a different story. Some critics jokingly said that you’ll spend more time in the forklift than fighting enemies. Obviously, this is false, but it does start to feel that way.

Finally, there will be times Ryo will have to fight against enemies. The good news is that Ryo is a trained martial artist and knows how to throw a roundhouse kick like a pro. The bad news is that combat takes a while to master. If you played a Virtua Fighter title, then you will have more of an edge in understanding the combat. Otherwise, there is a slight learning curve. Enemies can be brutal and Ryo playing the role of a one-man army means that he will be swarmed by all sorts of thugs. Like Virtua Fighter, button mashing will not get you anywhere. Instead, you need to watch for openings and strike, kick and throw precisely. Ryo can learn new moves from NPCs and by reading scrolls. Overall, combat is equal parts satisfying and frustrating.

Reaching Shenmue’s ending can take either 10 hours or 40 hours. It depends on how much you want to do and how long it takes you to get used to the game’s flow. By the time it ends, you will be ready to see what happens next in Shenmue II. I think the biggest issue with Shenmue is that it was released for a system that, at the time, I had no interest in. With the third game in progress, I am glad I decided to finally give this game a chance. In comparison to video games of this generation, Shenmue still holds its own. It has some severe issues, but getting over them is worth it.

Overall, 8/10: Shenmue is a game all about pure ambition. Indeed, Shenmue is an ambitious title that shines despite the voice acting and some tedious content.