Konami and Benami do it again with DDRMAX 2.

Finally, Vincent Valentine gets his time in the spotlight. 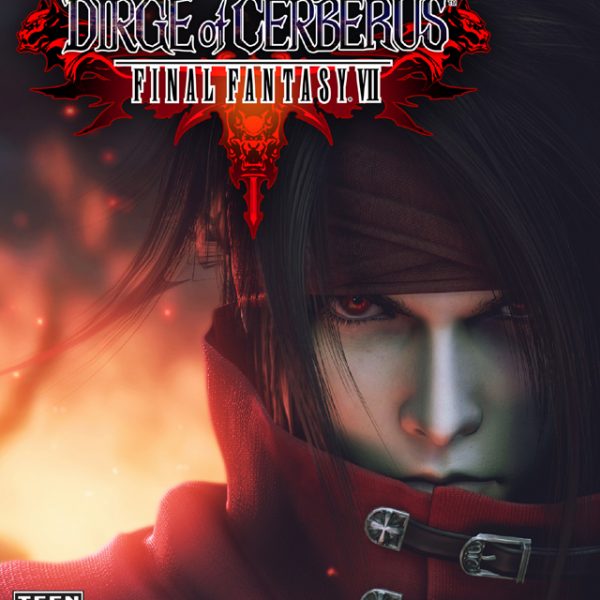 I know it’s blasphemy, but I need to admit something: I’ve only played through Final Fantasy VII twice. During both of those times, I never used Vincent in my final party. The first time I used Tifa and Red XIII. The second time I used Cait Sith (I know, I know…) and Barrett. Sure, I went through the motions in Nibelheim to recruit Vincent, but I never gave him his chance to show me what he could do. What could this handsome man, cloaked in red and full of mystery, bring to the table? We saw some of his abilities and personality appear in Advent Children, but personally, I wanted to see more. One of the reasons why I enjoyed Dirge of Cerberus so much was because it was a game for Vincent. We finally got to see the man behind the mantle. And, much to my surprise, he has more personality than his initial impressions would lead you to believe. As a game, Dirge of Cerberus is fun in small doses with issues that prevent it from being a masterpiece. As an addition to the Final Fantasy VII universe, Dirge of Cerberus is recommended.

Dirge of Cerberus takes place three years after the events of Meteor Fall. Vincent now resides in the city of Kalm; still regretting his past involvement with Dr. Lucrecia Crescent and the twisted Dr. Hojo. One evening, an army of soldiers from an organization known as Deepground attacks Kalm. Men, women and children are either slaughtered or captured by this new group of super soldiers. Vincent attempts to save as many citizens as possible and, eventually, Deepground retreats. Reeve, now a member of the World Regenesis Organization, informs Vincent that Deepground was affiliated with Shinra and their bizarre experiments. Vincent decides to pursue Deepground and prevent them from causing further harm to the remnants of the world. Vincent’s appearance would lead anyone to believe that he’s a brooding, mysterious character. However, Vincent’s personality (and past) slowly peak through as you progress. Vincent is a likable character with a strong, silent-type personality. He has plenty to say, but he’ll only say it when necessary. I like this about him. During the journey, familiar faces and new faces will show up to either help or hinder Vincent in his quest to stop Deepground. While there are times Deepground and its members will feel contrived, the story is well written and well paced.

Running alongside its brisk pace, Dirge of Cerberus is a brisk, third-person action game with a touch of RPG. Months before its release, many speculated that it would be similar to Devil May Cry. Dirge of Cerberus is vastly different from DMC, which will be either good or bad news depending on your feelings towards the latter series. Vincent’s quest takes him through multiple levels filled with a preset number of enemies that wish to stop our hero. An expert marksman, Vincent can equip up to three guns. My personal favorite is his handgun, but there is a machine gun and an assault rifle. Each gun can be upgraded with both Gil and with various barrels, attachments and Materia. Materia is very powerful, but it will quickly drain Vincent’s magic. There is a thunder, blizzard and fire option available and each one will deliver devastating results. Vincent can also use items to restore his health, his magic, or transform into the Galian Beast. He has access to a melee combo, a dodge, and a double-jump.

It all sounds good, but for the most part, Vincent is better off entering Combat Mode with the R1 button and firing away. For an action game, Dirge of Cerberus is very limited. His dodge is useless due to enemy speed and number. The areas he explores give the impression that his double-jump would allow him to get to new areas. Instead, Vincent is constantly blocked by invisible walls. His melee attack causes the camera to stutter since he can’t lock onto an enemy unless his gun is out. Finally, the Galian Beast is clunky and, really, is only useful for restoring all of Vincent’s health. So, what’s the appeal? Why would anyone want to put up with such a screwy system? Well, most of the time, Dirge of Cerberus’ core game play, which is shooting different types of enemies before they end Vincent, is a good time. It’s simple, but effective. Sometimes, the swarms of enemies can cause Vincent’s aiming/the camera to mess up. But, those instances are few and far between. Watching Vincent pop foes in the head and take down bosses twice his size and speed is a fun and rewarding experience. At the end of the stage, you will receive a ranking. Higher ranks yield higher rewards. That said, the difference between an S rank and an A rank is tiny. One of the more odd design choices shows up at the end of the stage: Vincent accumulates experience throughout the stage, but it doesn’t get added to his level until the stage ends. Furthermore, the Gil you receive as a reward can be converted to experience points. It’s a weird feature. For what it’s worth, I never felt under leveled. I preferred to convert the Gil to experience and use my money for essential items and my favorite gun.

Each level Vincent visits is uniquely designed. Some of them made an appearance in Final Fantasy VII; it’s great to see them again in a new game. As usual, Square did not disappoint with the presentation. The soundtrack is composed of original tracks that serve each stage and scenario well. And, of course, the graphics are stunning. There are some wild and crazy fights displayed in full-motion video that deserve to be watched multiple times. But, the in-game graphics are just as easy on the eyes. If you played Final Fantasy X, then you should have some regarding what to expect to see. If you’re not having fun while playing Dirge of Cerberus, you can take comfort in knowing that all of the movie events are easy to access.

Dirge of Cerberus’ story isn’t long. I was able to finish it in about 15 hours. However, the game doesn’t have to end just because the credits roll. Aside from extra missions and multiple difficulty levels, there are items called Memory Capsules hidden in every stage. Shooting these unlocks bonuses for your viewing and listening pleasure. Finally, there is a secret ending available for those that take the time to fully explore the few nooks and crannies that the programmers left open. Dirge of Cerberus could have been an epic continuation from one of video game history’s most treasured titles. It’s not epic, but it’s still a damn good time. This is another game that would have benefited substantially from some extra polishing. But, for what it is, the finished product does a great job of giving Vincent his time and shedding some much needed light on his enigmatic character.

Overall, 7/10: Dirge of Cerberus will please fans of Final Fantasy VII simply due to its story and choice of leading character. The game’s simplicity and accessibility will appeal to everyone else.