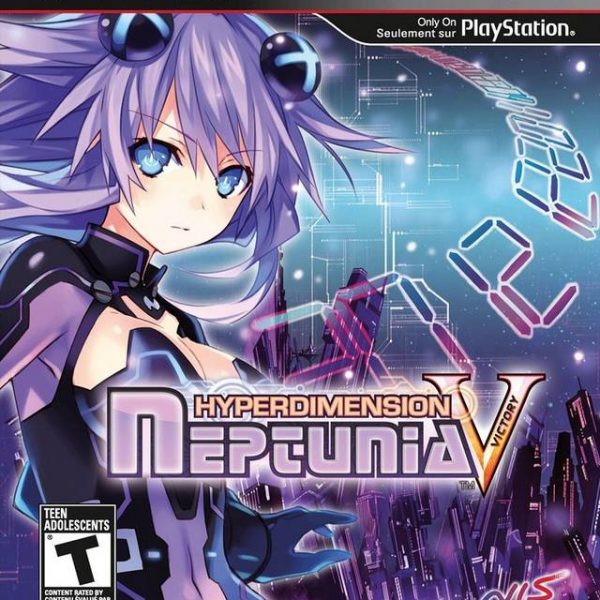 When I was in school, I would often times be tasked with writing ridiculously long lab reports and term papers. Before teachers became suspicious of plagiarism, my fellow students and I would often times find information on the World Wide Web and use two very helpful features: copy and paste. Thanks to these short cuts, our papers would become the right length and we’d make the grade. Of course, we would edit subtle bits of the information to make it look like we wrote it, but it got the job done. After all, we had video games to play! We didn’t have time to write long papers and do our own research! My point? Copying and pasting is a useful technique for research papers. Unfortunately, using these functions isn’t useful nor recommended for video games.

About a year ago, I had the chance to play Hyperdimension Neptunia Mk II for the Playstation 3. It was a fun game that showed promise for the future of the Neptunia franchise. After the 40 or so hours of playing, I felt that this was a step in the right direction for Gamindustri. So, along comes Hyperdimension Neptunia Victory. Essentially, Idea Factory created a term paper in video game form. They performed the useful copy and paste, made a few subtle changes, and there you have it: the game was finished. While a lot of the stuff that made Mk II special was still there, it felt like a cheap copy of Nepgear’s quest and a step back for the series. To bring my point closer to home, I could copy and paste my entire review for Mk II and make the necessary changes, but I will try to avoid doing that.

One thing that is different is the story. Neptune and the rest of the gang have gotten lazy since we last saw them. After being bugged by Histoire to do some work, Nep-Nep ends up wandering into a mysterious portal. She winds up in a parallel version of Gamindustri, except that there is only one nation: Planteptune. Not only has she found her way to a new dimension, but she has found herself back in time. Neptune needs to get back to her era, deal with a group called The Seven Sages, and save the day. It’s great to see Neptune as the lead character again. Her silliness, her bubbly personality and her constant need to break the fourth wall make this an entertaining story. Neptune meets new heroines in her new adventure, too. Unfortunately, they are both irritating as heck. First is Plutia, who is the CPU of the alternate Planeptune. The second is a toddler named Peashy. While Neptune’s antics rarely grow stale and the plot is entertaining, seeing her new friends Plutia and Peashy may urge you to press the skip button.

The major differences stop there. Exploration, shopping, battles, and all of the other attractions of an RPG remain as they did (for the most part) in Mk II. The world map is the exact same, with the exception of new continents. One new feature that is somewhat useful is the Scout System. After a certain point, you can send scouts to dungeons. When they come back, they can bring you items, change certain aspects of the dungeons, or even uncover new areas. This was a nice little touch, but nothing groundbreaking. While wandering around a dungeon, performing actions enough time will boost the lead character’s stats. Again, nothing to get worked up about, but a nice touch.

Now let’s focus on the battles. Once again, you can swing your weapon at the on screen enemies to gain the upper hand. Battles combine the simple, turn-based nature of a classic RPG with a free-moving range system. Once one of your character’s turns arrives, you can move her towards the enemy. If the enemy is in range, you can begin your attacks. Combos can be created with preset attacks from the main menu, and after a certain point, you will gain access to new combos and the useful EXE Gauge. Skills will cost SP, but to execute the really powerful skills, you’ll be relying on the EXE Gauge.

The graphics in HDN Victory are the exact same as they were in Mk II. While a great looking game, nothing was changed aside from a bunch of special attacks and a handful of new monster models. The environments are still lacking in variety. In fact, the same design gets recycled over and over. Dungeons are a real drag, especially since all of the silly looking monsters from Mk II are back. This does include the happy-faced sunflower and a frog with a hardhat. The music got treated a bit better: the music has old tracks as well as some new ones. Finally, the voice acting is as spot-on as ever. Neptune, Noir, Blanc and the rest of the cast’s character models look and sound just as nice as before.

Funnily enough, one of the Seven Sages in Hyperdimension Neptunia Victory is named Copypaste. I can’t help but to wonder if that was intentional or not because, as mentioned, most of the game feels like it was copied and pasted from the second title. Still, fans of the series should at least dip their feet into the water for a few hours and see if they’re ready for more of the same with some minor additions. Completing the game takes about 25 hours. Earning all of the trophies will take 40 to 50 hours. In the end, Victory is another quirky title in a quirky franchise. I enjoyed it, but as is typical with the series, it has a certain flavor that may not appeal to everyone. But the biggest flaw is that it didn’t bring anything noteworthy new to the table other than the story. Instead, it copied most of Mk II and pasted it with a few lackluster touches.