Hyperdimension Neptunia gives you a bad first impression of what will eventually become an entertaining series. 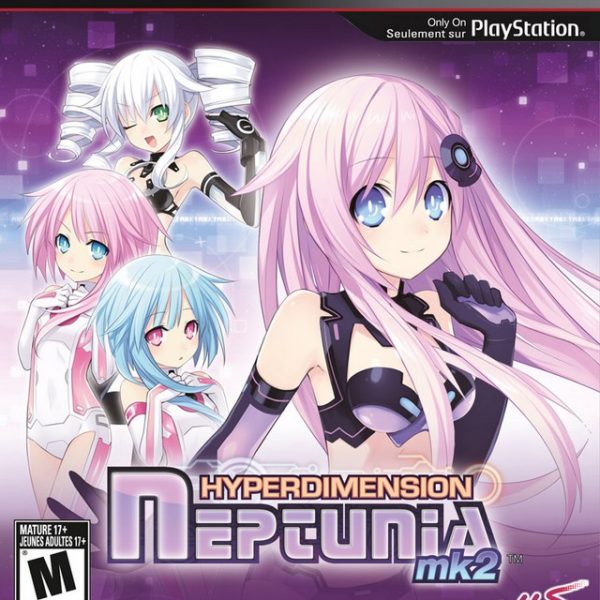 Hello, my dear CPU Candidates! Welcome to another review by yours truly. This review will be covering one of the most quirky, niche, cult classic titles I have ever had the pleasure of playing. As some of you know, my taste in games is off the wall. Titles that the masses find fun, I have a tendency to dislike. Titles that the masses don’t care for are ones that I typically enjoy. This happened once again with the sequel to Hyperdimension Neptunia. Players are back in the world of Gamindustri and have to stop an evil syndicate from taking over in Hyperdimension Neptunia mk 2. This time, we follow the adventures of Neptune’s younger sister: Nepgear. The younger sisters of the CPUs, old friends and new allies come with her in another fun and funny adventure. Much like before, I have a hard time recommending this game. However, fans of the first game will be interested in returning to the world of Gamindustri. Furthemore, Idea Factory fixed some of their mistakes to make the game more user-friendly.

But, before I talk of those fixed errors, I can give you more background about Nepgear’s adventure. Neptune and her friends have been captured by the diabolical ASIC. Due to their influence, ASIC has gained substantial shares and caused the powers of the CPUs to fade. Only Nepgear and her friends are able to win shares back for Planeptune, Lowee, Lastation and Leanbox. The story is just as silly as before. Great characters? Check. Well-translated script? Check. Fourth wall breaking hilarity? Check. Fan-service? Check. All of this and more are waiting for you as you fight to bring peace back to Gamindustri. Despite all it offers, the story is very short. Depending on your choice of ending and the way you play, you can finish the game in as little as 20 hours. That said, there is plenty of incentive to go through the game again to see extra events you may miss the first time and to experience new endings.

The extra events I mentioned above are better known as Chirper Events. In each town, you’ll have the option to select the Chirper option to see what various folks around Gamindustri are “chirping” about. At certain points in the story, reading the Chirps from folks will unlock new events. While NPCs play a minor role with this, your party members will potentially gain affection for Nepgear. Simply called the Lily Ranks, raising affection will help with battle, item creation and which ending you get. Chirper Events are a perfect, short and sweet distraction from the main game. As you advance the story, you will be able to buy and sell gear, items, parts for the CPUs, and recipes for the above mentioned item creation. All weapons and accessories will alter your party’s appearances. Money can be a problem, but most of the time everyone can get by pretty easily with basic gear. One of the most important things you can do in towns is accept guild requests. These will increase and decrease the shares of the five superpowers in Gamindustri: Planeptune, Leanbox, Lowee, Lastation and Arfoire. Thus, once you finish a quest, shares will be effected and you will be rewarded with money and items. Shares are divided into global and city shares. Most people will tell you they are more manageable this time, but I have to disagree with them. While you can still increase and decrease them with guild requests, I found it took more time than the last time get them where you wanted. Since shares determine endings, a few players might get disgruntled due to the time it takes to manipulate them properly.

Luckily, the rest of the game is more user-friendly. First, battles are no longer random. Instead, you will see them running around the dungeons. You can swing a weapon at them and gain the upper hand. Battles move at a much quicker pace. They combine the simple, turn-based nature of a classic RPG with a free-moving range system. Once one of your character’s turns arrives, you can move her towards the enemy. If the enemy is in range, you can begin your attacks. Combos can be created with preset attacks from the main menu, but you no longer have to memorize which attack sequence creates which skill. Attacking and using items requires AP, while using special skills and transforming into HDD mode requires SP. Best of all, you can use items outside of battle. Thank you, Idea Factory, for getting it through your thick skulls that the item system of the first entry was ridiculous. There really isn’t much more to say as you fight the enemies of Gamindustri; battles got a solid makeover and aren’t as mind-numbing as they were in the previous entry.

The graphics in Mk 2 didn’t get a makeover, but they did get a slight touch-up. The environments, while lacking in variety, have more color and space. Nepgear and the rest of the cast’s character models look just as nice as before. Whether they are in or out of their HDD forms, the girls move gracefully as they hack enemies to bits. The world map looks like it came straight from Mega Man X and uses 8-bit art to add to the nostalgia. This is a great looking game, however there is one major disappointment: enemy design. Mk 2 suffers from some of the worst enemy designs I have ever seen in my life of playing RPGs. A happy-faced sunflower and a space invader inspired alien are already a downer, but recycling the models over and over is inexcusable. For a game with such a creative world, you would think that the monsters would be better looking. Other than a few bosses, be prepared for an upset when you’re against some enemies. The music fares much better, thankfully. Alongside a wonderfully catchy opening theme song, Mk 2 has fun music for each town and dungeon. Finally, the voice acting is as spot-on as it was in the first game.

As you can see, Hyperdimension Neptunia Mk 2 is a step in the right direction for the series. The awful healing system is gone, fights are much more brisk, and the world map makes it so traveling to different cities isn’t such a chore. Then, after you add in the hilarious characters and dialogue, you get the makings of a solid RPG. Yet, I have a hard time recommending this title unless you either have odder tastes (like me) and/or enjoyed the first title (like me). Casual RPG players might get annoyed by certain aspects of the game. Realize that this is a quirky RPG. Fans with obscure and unique tastes will surely get enjoyment from it, but it’s hard to recommend since those types of people are so few these days.