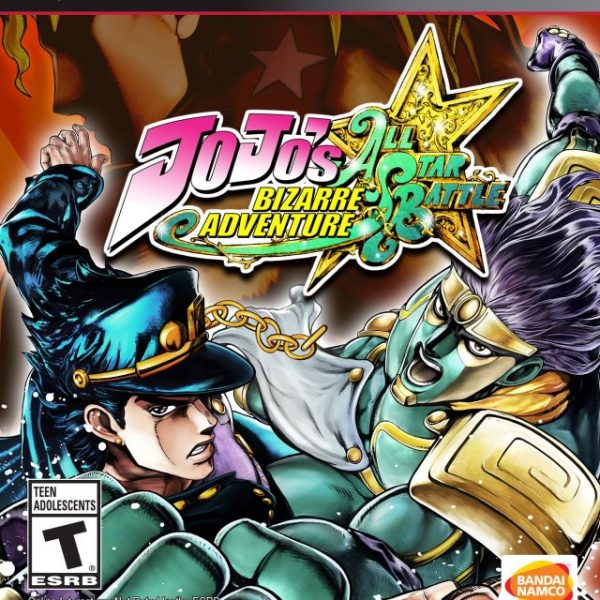 JoJo’s Bizarre Adventure All-Star Battle is a 3D fighting game that features a variety of modes. Beyond arcade and versus, there is a campaign mode that lets you fight others online and earn special accessories, badges, and other trinkets to customize the look of your favorite characters. The main draw is the story mode. You can go through the Phantom Blood, Battle Tendency, Stardust Crusaders, Diamond Is Unbreakable, Vento Auero, Stone Ocean, Steel Ball Run and JoJolion arcs in a unique manner thanks to this mode. While the manga and anime would do a better job of telling these stories, the game still gives a good synopsis of them. By going through each arc, I learned about this crazy and “bizarre” world of Hamas, Stands, and more. Since this is a fighting game, each character doesn’t get as fleshed out as they could in comparison to their manga/anime counterparts. However, story mode is definitely JoJo’s Bizarre Adventure All-Star Battle best mode.

No matter which mode you pick, battles will be one on one affairs that are relatively simple to pick up and play. The controls can feel a bit stiff with certain characters. Furthermore, some characters have much more potency than others that will lead to some unfair advantages. However, most of the time, fighting is fun and as over-the-top as the series the game is based on. Characters can perform a weak, medium and strong attack. By inputting certain commands, they can execute special abilities. Both can be combined to form combos. Depending on the character, pressing the R1 button will initiate a different type of character’s special. Some characters can execute a Hama, which allows them to increase their Heart Meter. The Heart Meter lets characters perform extra-powerful abilities that not only unleash high damage, but they have copious style and flash. Other characters can execute their Stands: personifications of psychic power. A few characters are able to fight on horseback with the push of the R1 button. The further you get in story mode, the more characters you can unlock. It’s easy to find a character with a fighting style that fits your mood.

Alongside the variety of characters are some unique arenas. Each one has a hazard that can be triggered if you step in the appropriate area. Finally, if you use a special attack that requires the Heart Gauge as a finishing blow AND if your foe is in the right area, you can execute a Dramatic Finish. After the fight ends, you are rewarded with gold. You can use this to buy voice clips, music, concept art, character models and much more in a shop. There is also a glossary that gives a rundown of each completed synopsis and the characters involved.

JoJo’s Bizarre Adventure All-Star Battle is a fantastic looking game. The characters look like they came straight from the manga. They are outlined by crisp lines, they move well, and they execute dramatic attacks that look as painful as ever. The arenas look great, too. Each one pays homage to their designated story arc in some way. The game has wonderful music; there are plenty of tracks to enjoy. Alongside the music, the game is entirely voiced in Japanese. Each character sounds great. This is one of the best looking and sounding PlayStation 3 games available.

As a fighting game, JoJo’s Bizarre Adventure All-Star Battle will last you as long as you like. If you have a friend, you can play hours of couch co-op. Unfortunately, the online servers are barren at this time so chances of finding another player for network play are slim. Luckily, there are plenty of items to buy in the shops, some easy trophies to earn, and a solid roster of characters to master. Story mode will take about six hours, but there will always be something to look forward to once you finish it. As a novice to the JoJo’s Bizarre Adventure world, this was a great game to get my feet wet with the franchise. Fans that have been around since the beginning will find the most enjoyment with this. Even if you aren’t as experienced with the series, I still recommend JoJo’s Bizarre Adventure All-Star Battle because it’s a fun, different fighter that pays homage to a classic series.