Magic Knight Rayearth is only for the true fans with lots of patience. 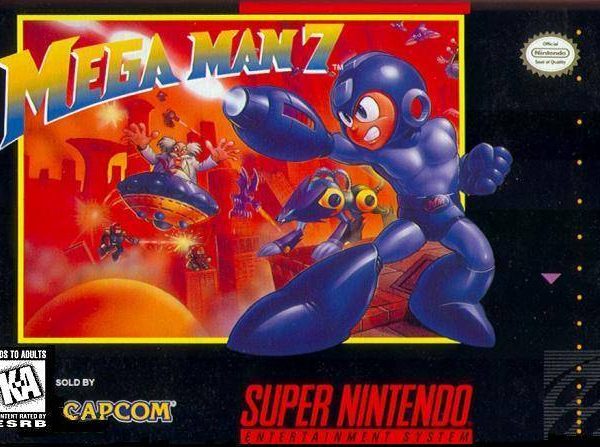 Author’s Note: This review was originally published on September 27th, 2005. I was seeing scathing reviews “discussing” how everything wrong with Mega Man 7 can be attributed to it not being Mega Man X. This was my response.

Sure Mega Man 7 lacks the fun and appeal of MM 2, 3, and 8 (my personal favorites) but it still is a great game. I first played it on the Mega Man Anniversary Collection and wasn’t too fond of it. Now actually playing it on the actual SNES, I really and truly realize it’s a great game. Go Mega Man! I think the reason it didn’t receive proper credit is because it lacked the maturity, the challenge and characters of Mega Man X. Yeah, Mega Man X is real mature…you fight animal robots instead of just robots. Yeah, Mega Man X is really challenging, especially after you get the power ups. Yeah, Mega Man X had cool characters like Zero, not Beat and Rush. Don’t get me wrong, I love Mega Man X but for the people who down-grade the regular Mega Man, you can bugger off. Anyway, enough of that. Since this is the seventh part of the Mega Man series, let’s list the seven reasons to check out the game.

Reason 1: Music
Mega Man means awesome music, that’s a guarantee. MM7 delivers in this department, even with todays possibilities with music. The game features some really upbeat and fun songs to jam to while you are blowing up enemy robots.

Reason 2: Game Play
The most important part of any Mega Man game. Mega Man can charge up his buster, jump, slide and use Rush to get to higher ground. There are 8 boss robots to defeat, all of which grant you a cool weapon to use. Boss battles in MM7 can range from being too easy to annoyingly difficult. All bosses, however, have a weakness for you to uncover. There are E tanks and W tanks scattered throughout the stages, as well as a few secret areas that get you new power ups. Proto Man is back in this game, and he’ll give you advise as well as test your worth at some point. It’s up to you to find him. New to the Mega Man series are bolts. Find bolts and you can use them to buy things such as E tanks and extra lives, as well as cool new gadgets for Mega Man to use. The coolest thing about MM7 is the Rush Armor. If you find four special chips, you can equip this armor that gives Mega Man a power punch and a jet booster. The game play in this game is what it has and always will be in Mega Man games (with the exception of X7) FUN. MM7 delivers on this aspect. It keeps the difficulty level you know and love (or hate in some cases) and adds some awesome new flare.

Reason 3: Characters
Ok, so Mega Man has never been much for characters other than Roll, Dr. Light, Dr. Wily, Rush, Beat, and the rest. Hmm, actually that’s a good amount of fun and colorful characters. MM7 introduces characters Bass and Treble. Think of Mega Man and Rush with a more dark outfit and bat wings. There, that’s Bass and Treble. The new characters are a great addition to the Mega Man crew. While you don’t get to learn much, you get to learn enough about this enigmatic duo.

Reason 4: Graphics
This game is pretty. Some PSX games look worse than MM7. This game is all about colors. Colors are everywhere, and they look vibrant beyond all belief. It’s a beautiful game.

Reason 5: Replay Value
It’s a Mega Man game, so you’ll be playing again and again trying new ways to win and buying new items. Try the ultimate challenge of using the main weapon the entire game, or not using any E tanks. The fun never stops when playing a Mega Man game.

Reason 6: Story
Ok, the story is the same as always: Dr. Wily is back and on the loose, but this time you get to learn about the two characters I mentioned before: Treble and Bass. Mega Man must fight with these two enigmas and save the world again from Wily’s evil clutches. Will he succeed? Hey, the story is cliche but it works…right?

Reason 7: It’s Mega Man!
Honestly, how can anyone hate a Mega Man game? With the exception of X7, all Mega Man’s have been a treat to play and I look forward to seeing the series continue onward and upward.

There ya have it folks, the 7 reasons to play Mega Man 7 for the SNES. To sum them all up, it’s just a fun game that doesn’t get the credit it deserves. After you complete this, be sure to check out Mega Man and Bass to learn more about Bass and his story.