Forgotten, but not worth forgetting. 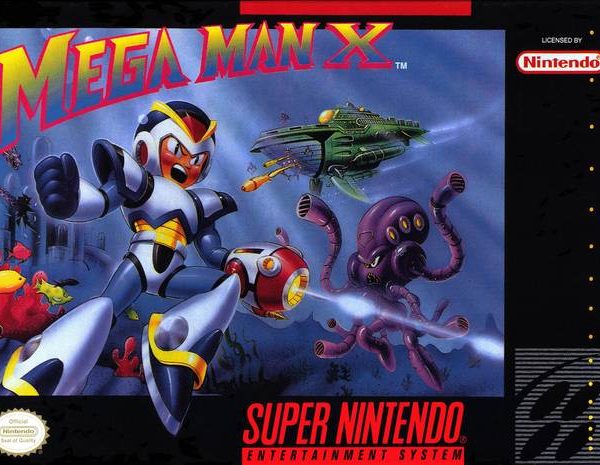 Mega Man X is a game that helped define my childhood. Games like this are a rare breed because I’m able to go back and play them over and over again. Over 20 years later, Mega Man X is still a game that I can pop in and enjoy from start to finish. A great game that can still be enjoyed by gamers of all ages, I recommend everyone give this game a (charged) shot.

Unlike classic Mega Man, Mega Man X takes a darker approach in terms of setting, story and characters. Taking place years after the original blue-bomber, players are introduced to Dr. Cain. An archaeologist and all around good person, Dr. Cain discovers ruins that contain a robot that was created by Dr. Light. Named Mega Man X, Dr. Cain learns that X can think and feel like a human. Hoping to replicate this phenomenon, Dr. Cain tries to make copies of X. Unfortunately, these replicate robots (Reploids) sometimes don’t obey the laws of the land and get dubbed as Mavericks. Dr. Cain designs a robot immune to becoming Maverick named Sigma. Of course, Sigma decides to turn on his creator and become leader of the Mavericks. While a peaceful being by nature, X knows that he and his friend Zero are the only ones who can stop the Mavericks and Sigma’s ambition. Indeed, most Mega Man titles lack a story that keeps you guessing, but the darker tone in the X universe is a nice change of pace. Let’s be honest, though. Who really plays a Mega Man game for the story?

The real fun is Mega Man X’s game play that is so similar yet so different from original Mega Man titles. When you start the game, you are taking to an introduction stage that shows what X can do. He has a shot that can be charged, can jump somewhat far and he can kick up walls to ascend vertically. After the introduction stage ends, you will be taken to a familiar screen that features eight boss robots. Only this time, the term boss robot isn’t appropriate. X’s enemies are Mavericks named after animals and range in all sizes. As you go through each enemy’s level, you will see that X is a being that has the potential to grow. Heart-shaped capsules will increase his overall health. Pods left by Dr. Light will give him enhanced abilities. Up to four Energy Tanks can be found that will store health in case of emergencies. You have to use your abilities and search thoroughly in every level to find these, but the rewards are well worth it. Of course, defeating an enemy means that X will obtain his powers. When all is said and done, X will mature into a powerful hero.

Stages and the bosses at the end of them are a blast. Each stage has unique enemies, traps and requires precise reflexes and timing. Furthermore, stages effect one another. If you venture into Flame Mammoth’s stage before finishing Chill Penguin, the stage will covered with fire and lava. Blasting enemies into oblivion is fun, but some stages let you hop into a giant suit of armor and punch enemies to smithereens. Bosses are intense. While having their weakness weapon is helpful, it requires experimentation. Those who like a challenge can use X’s X-Buster. In other words, no two games are ever the same giving Mega Man X the replay value not found in games these days.

Mega Man X is a great looking and great sounding game. The music shies away from the techno-pop sound in favor of more punk-rock and trance sound. Either way, it works and works well. The music is something that will help set the stage for future titles in the X series. Obviously, Mega Man X has a more adult look than the original Mega Man. He’s slightly more muscular, has more expression and has more of a determined look on his face. The rest of the graphics look wonderful, colorful and truly show how capable the Super Nintendo is when in the right hands.

I’ve probably logged over 100 hours into Mega Man X. Playing through the game once doesn’t take long, but the hours come from playing the game over and over and over again. Whether you’re a Mega Man veteran or you just got introduced to the idea of it, definitely check out Mega Man X.

Overall, 9/10: Mega Man X is a great game that has nostalgia for all the right reasons and is still able to compete with the big name titles today.