Only for the true fans with lots of patience. 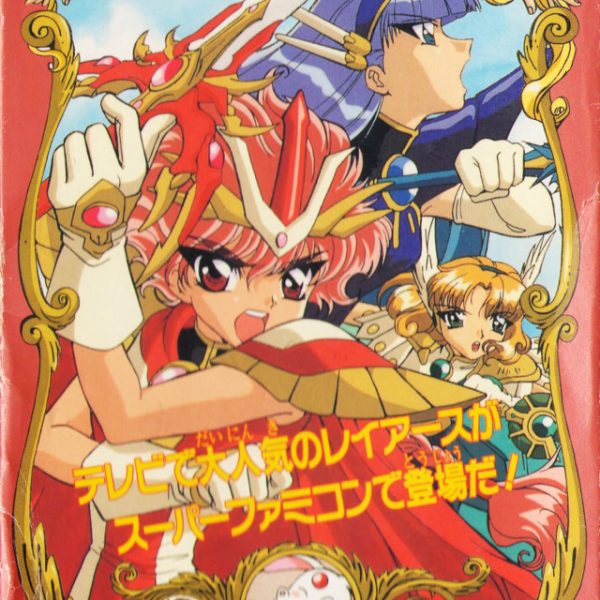 Aside from Sailor Moon and The Slayers, Magic Knight Rayearth is one of my most cherished anime franchises. It’s the type of series that brings back good memories while simultaneously inspiring myself and others to do their best, no matter the circumstances. When you think about it, Hikaru, Umi and Fuu have way too much for eight graders to deal with. When I was in eighth grade, my biggest fear was making it to class on time. These three girls have to fight for their lives in an unknown world just so they can return home. I’ve experience CLAMP’s famous franchise in manga, anime and the excellent Sega Saturn video game. I recently finished an earlier video game in the series that never made it to the United States. However, thanks to the efforts of some devoted translators, fans can try to fully enjoy Magic Knight Rayearth on the Super Famicom. The operative word in that last sentence is “try.” This Super Famicom game has not aged well; people that don’t mind old-school RPGs and those that are loyal Magic Knight Rayearth fans will be the only ones that enjoy it.

For the most part, the story in Magic Knight Rayearth stays true to the series. The game doesn’t show the beginning story segments in which Hikaru Shidou, Umi Ryuuzaki, and Fuu Hououji cross paths in the Tokyo Tower and get wrapped in a mysterious light. Once the light fades, they land on a giant fish that takes them to meet a guru named Cleff. Cleff informs the three girls that they in the magical world of Cephiro, and have been chosen to become Magic Knights. The goal of the Magic Knights is to rescue the imprisoned Princess Emeraude from the clutches of High Priest Zagato. The princess acts as Cephiro’s pillar; her prayers allow the land to remain at peace. With her in captivity, monsters are running amok and the weather is starting to get nasty. The three girls from Tokyo must awaken the Mashins in order to become full-fledged Magic Knights and ultimately return to Tokyo. The story is more loosely based on the anime due to the inclusion of Inouva, but anyone familiar with MKR lore will immediately recognize what’s going on in Cephiro. A few story segments are original to the game, but the overall plot and the unsuspecting plot twist at the end are all there. Unfortunately, this means the story will predictable. Furthermore, there is no side content making this a short journey.

If you have even the slightest familiarity with the RPG genre, then MKR will be a breeze to get into. You take control of Hikaru, Umi and Fuu as they go from place to place on the world map. The limited number of towns provides folks to chat with and light shopping. There are no weapons or armor to buy because the three girls are given both as part of the story. Cephiro is a magical place, but this version of it is sparse. There are only a few new locations that didn’t appear in either the manga or the anime. Luckily, you can save and recover anywhere while on the world map. Also, the save spots in dungeons and/or towns grant you full recovery, too.

Battles are turn-based and as basic as the exploration. At the start of the game, the three girls will be able to attack, defend, use items, move from the front or back and/or attempt to run away from battle. Eventually, they will start learning magic. While the use of weapons powers them up, magic is exceptionally powerful and the best way to end battles. Unfortunately, watching the same spell over and over due to the game’s high encounter rate and the overly inflated hit points of the enemies gets old too quickly. All of this coupled with random spikes in difficulty makes the game feel unbalanced. Things will be too easy one moment and upon entering a new screen in the same dungeon, you will be fighting for your life. By the end of the game, chances are you will be tired of spamming the same spell and just end up running away from most battles.

One thing that does deserve some praise is the presentation. The sprites are adorable and colorful in this 2D game. While the backgrounds and environments are dull, seeing the variety of character and monster sprites is a joy. There are times when anime stills will be thrown in, which is a nice touch. Fans of the anime will recognize the game’s version of Yuzurenai Negai when the game begins. The rest of the music sounds great, especially some of the tracks that play during boss battles. Battle cries and shouts from Hikaru, Umi and Fuu are only played during battles.

While there is a need to grind during certain difficulty spikes, Magic Knight Rayearth can be finished in about six to seven hours. Like I mentioned in the introduction, the world of Magic Knight Rayearth is one that I will always enjoy. This mediocre game hasn’t altered my views on it one bit.

Overall, 4.5/10: This is a game only for fans of the series and those that don’t mind dated RPGs.