Even after multiple sequels and iterations, Guilty Gear X is still a solid, 2D fighter. 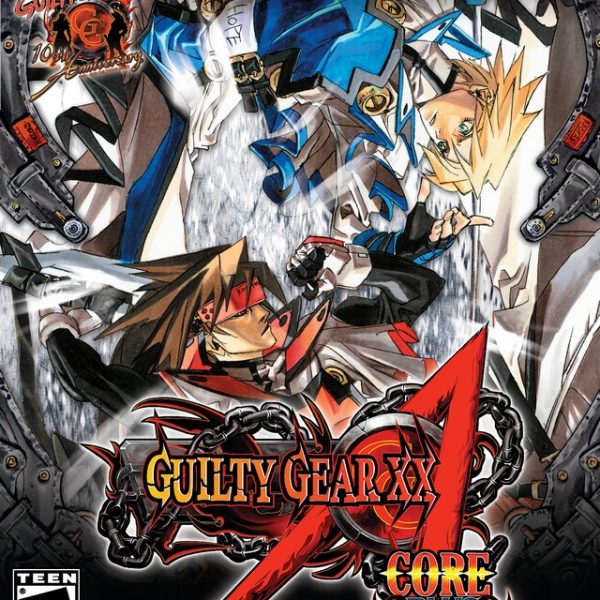 Guilty Gear X2 Accent Core Plus is the definitive version of all things Guilty Gear X2 related. And trust me; there is plenty of stuff related to GGX2. For the record, I don’t count Guilty Gear Isuka as part of the Guilty Gear X2 re-releases. I don’t care how many A.B.A. fans I upset when I say that, either. After Guilty Gear X2’s initial release, fighting game fans got hit with plenty of remakes of Arc System’s crazy chaos combat contest. Thus, you might be wondering if you should bother picking up this game. Well, yes, you should. Look at it this way: do you want the most up to date character roster, the most balanced move set, the most information regarding the Guilty Gear mythos and the most modes alongside the classic arcade and versus? Of course you do! Anyone can see that GGX2ACP is the game to get for those who want the most out of the world of Guilty Gear. Trust me when I say that there is plenty of “most” for everyone.

Those new to Guilty Gear might be a bit lost in terms of story. The cast of Guilty Gear is eccentric and wild; the types of people you want to hang around with at a party. Due to the aggressive and dangerous nature of Gears, bounty hunters and The Sacred Order of the Holy Knights alike waged a century long war to end the existence of all Gears. Tournaments have been held in the past to extinguish any remaining Gears and the ruler of all Gears: Justice. In doing so, the victors are granted money. Lots and lots money. That’s the basic premise behind the Guilty Gear world, but the characters and their eccentricities are what make the game so special. There are no Ryu/Ken types here, thankfully. Instead, you have a huge cast you’d never expect to find. There is Bridgette, a transvestite who fights with yo-yos, stuffed animal and roller blades. There is also Slayer, a vampire with more power than a generator that controls a continent. Seriously, he blocks attacks with smoke from his pipe! We also have the beautiful Millia Rage, an assassin trained to use her gorgeous hair as a weapon. All of your favorites are back and one of the draws of Guilty Gear Accent Core Plus is the fact that two fan favorite characters have joined the roster: Kliff and Justice. While these overpowered jerks are rarely used in normal play or in tournaments, it’s still great to see familiar faces and have such a huge variety of characters. With the up to date story mode, you can find out more about each unique character as they battle the entities known as Gears and the mysterious figure known only as “That Man.” All characters have multiple endings in their story modes. Since each arc is short, you can see different sides of the tale.

Alongside Story Mode, there is a new Survival Mode that allows you to level up your characters as you battle the computer. You can also play the regular Arcade, Training, Versus, M.O.M, Versus Computer and Two-vs.-Two Modes. Accent Core Plus will let you go on-line provided you have the proper PS2 attachments. Once a mode is picked, you select a character and once a character is picked, the fun begins again. The fighting is as hectic as ever yet still retains the familiarity of all of the predecessors. Characters have a variety of attacks, skills and the potential to chain them all together to create impressive combos that demand respect. All characters have strengths and weaknesses, but knowing how each character performs will lead to huge combos and a better understanding of how to battle other opponents. As usual, there is plenty to offer in Accent Core Plus in terms of strategy that goes beyond a standard combo. Techniques such as Faultless Defense, Roman Cancelling, False Roman Cancelling (more on those in a minute) and others are needed to fully get the most out of the fighting. All in all, fighting is a blast. The computer controlled AI does not pull any punches even on the easier difficulty settings. Practice makes perfect when it comes to picking a character that’s right for you. This leads me to my biggest complaint about the game: the lack of a good practice mode. Sure, Training Mode gives you some options but it would have been nice to include a mode that gives you hints about the basics of 2D fighting, combo ideas and strategies. Considering this is the best version of Guilty Gear X2, an extra mode would have helped to sell the package and set it apart from the other releases. One of the good things that the Training Mode offers is that it allows you to learn the input of executing a False Roman Cancel. False Roman Cancels, or FRCs, allow you to stop most attacks mid-animation and either follow up with an impressive combo or dash away in case an attack missed. They’re very important, but also very trick to learn. Since all characters have different FRCs, learning the timing for each of them will take effort. However, this effort is worth it and it was a good move on Arc’s part to include the FRC practice feature.

Despite the lack of a more involved Training Mode, there are some great things to point out that you can only find in Accent Core Plus: bonus material. As you complete the various challenges, you’ll unlock stunning artwork. Fans know that the illustrations in Guilty Gear have always been amazing and what better way to see them than as a reward for winning a tough match? Get ready to see the Game Over screen and hit the start button while a countdown begins. Luckily, the rewards for your troubles are well worth it. Once again, anime is the central theme in the graphics department. Animations and scenery look like they should: excellent and full of vivid details. The rock and roll inspired soundtrack is back in full swing, as well. For those of you that buy the game new, you will get the OST on a separate disc so you can rock out with your…well…you know….when not playing Guilty Gear. Finally, all of the voice acting is in Japanese.

The best thing about Guilty Gear X2 Accent Core Plus is that it has everything a fan of the series could want with just enough extra stuff to set it apart from other remakes of X2. To me, the best part is the free soundtrack. However, even without it, this is still an excellent 2D fighting game from a legendary franchise. All of the characters and their crazy moves, the gorgeous graphics, the awesome music and the endless amount of options available to you make this game one worth checking out. Having now fully immersed myself in both BlazBlue and Guilty Gear, I can easily say that Guilty Gear is the better of the two. Both series are great, but there is something about Guilty Gear that sets it just above its counterpart. If that’s not going to convince you to purchase Guilty Gear X2 Accent Core Plus, then nothing will.