Growlanser: Heritage of War is an abomination on the Growlanser brand. Seriously, don’t play it.

Even after multiple sequels and iterations, Guilty Gear X is still a solid, 2D fighter. 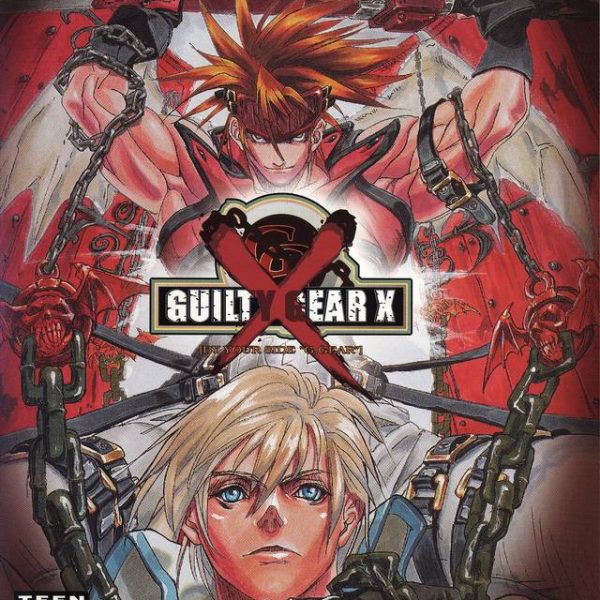 A few days before writing this review, I was at an arcade convention. Among all of the pinball machines and arcade cabinets, there were a variety of consoles available for the con-goers to play. I spent most of my time playing the console version of Guilty Gear X. For a game to be over ten years old and gone through multiple sequels, it truly says something special about it if it still holds up to this day. Sure, you can play X2 or XRD or anything in-between, but Guilty Gear X holds its own in the series.

Guilty Gear X takes place after the events of the first game. After stopping the ambitions of resurrecting a Gear named Justice, a new Gear has been discovered with even scarier powers. Dizzy, an innocent looking babe in the woods, has the potential to unleash terrible havoc on the world. If someone is able to apprehend her, they will be granted a large sum of World Dollars. Having played Guilty Gear X2 before playing Guilty Gear X, it was interesting to learn the origins behind Dizzy. For Guilty Gear X, characters such as Venom and Jam Kuradoberi were brand new. Guilty Gear’s world usually has more than the average fighting series, and Guilty Gear X continued the trend from its PlayStation predecessor.

The game still looks amazing. The 2D, anime sprites are brilliant. Special moves are flashy, but there is never a moment when things get too hectic that you can’t keep up. I will always favor 2D graphics in my fighting games if they look like Guilty Gear X. The music is a heavy rock and roll inspired soundtrack. Every track in the of the game is memorable and will have you bumping your head along to the beat. All of the voice acting is done in Japanese.

The biggest testament to the game is how well and precise it still plays. Going back to my time with it at the convention, it felt like riding a bicycle because it was easy to get back into the groove of comboing with punches, kicks, slashes, heavy slashes, dust attacks and a variety of specials. I had to relearn a few special moves due to their input being different than later versions, but that wasn’t a problem after some practice. As I continued to perform well against either a computer controlled AI or another person, I remembered the Tension Gauge at the bottom of the screen slowly filling up. With this, I could perform a Roman Cancel to interrupt a move and continue a combo string OR I could unleash a devastating attack. One of Guilty Gear’s earliest claims to fame, the Instant Kill, feels satisfying to pull off. In other words, game play in Guilty Gear X is just as amazing as future games in the series. Unfortunately, there are some loading issues and not as many modes outside of one-player, versus and training.

I’m glad I finally gave Guilty Gear X a chance. By the time I first heard of the series, Guilty Gear X2 was out everywhere. It’s good to learn from the past. Guilty Gear X is fun and it has allowed me to appreciate the direction the series went. At this point in the series’ life, XRD Revelator is the game of choice for fighting game fans. If you want a break from that, check out Guilty Gear X.

Overall, 7.5/10: Guilty Gear X is a smooth and sleek fighter that has held up well over the years.