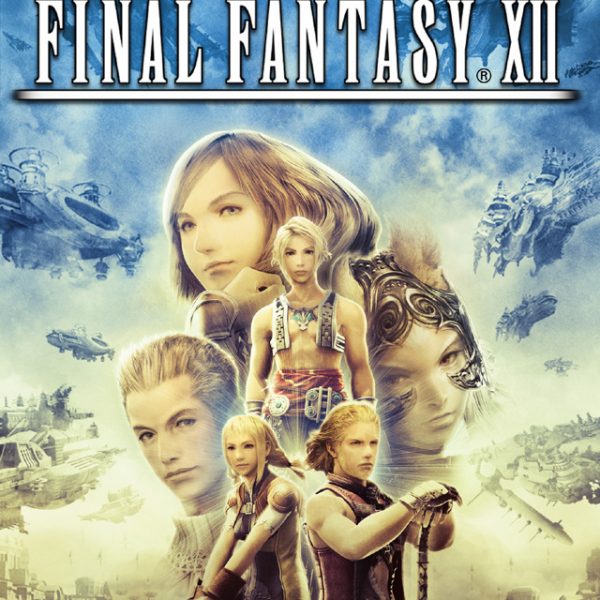 Author’s Note: Since this review’s 2015 publication, Final Fantasy XII received an enhanced port on the PlayStation 4.

Up until now, Final Fantasy XII was the only numbered, non-MMO entry in the RPG series I never touched. I had a few reasons for staying away, mainly due to the fact that there were other games out there that needed my attention. Ultimately, I decided to give in and give this highly praised game a chance. The end result was mixed. As a person who despises the MMO genre, there were times I felt like I was trapped in one. Furthermore, the unique features found in FFXII worked against the game and ended up making it last longer than necessary. Sure, there were some great things about the title, but I had a hard time focusing on them when other parts of the game were so boring. Final Fantasy XII was an ambitious title, but ambition was unable to make up for the lack of quality.

Final Fantasy XII is the first numbered entry in the series that takes players to the fantastic world of Ivalice. Rather, it takes players to the appropriately termed “Furry Ivalice.” For those who have played the epic Final Fantasy Tactics or the overshadowed Vagrant Story, you might recognize Ivalice as a world with conspiracy, assassinations, dark arts, and mystery. The more modern Ivalice has none of that. The sun is always shining, people are out and about doing their thing without any fear of the unknown, and life seems generally good for the most part. Worst of all, adorable Moogles, odd looking bunny girls and even odder looking anteaters walk alongside the humans. This is not Ivalice, and it’s a real shame because the story in FFXII is entertaining and engaging. It starts with the Archadian Empire invading the city of Nabradia. The recently married prince of Nabradia, Rasler is killed by Archadians and leaves his wife and princess of Dalmasca, Ashe. The king of Dalmasca was about to sign a treaty, but he is murdered by Captain Basch. Now, the captain is to be executed and Ashe commits suicide. At least, that’s what the main character, Vaan is lead to believe. A young man living in the town of Rabanastre, Vaan dreams of becoming a sky pirate. With his best friend Penelo, Vaan gets swept up in the conflict with the Archadian Empire and begins a quest that will shake the world to its foundations.

Final Fantasy XII has a fantastic story with great characters. My favorite is Balthier, a debonair sky pirate. He is an absolute dream. More video games need characters like him that talk sense into everyone else while acting like a perfect gentleman. The rest of the cast is great, even if Vaan is somewhat annoying during the early hours of the game. While there are times the story drags, the end result is worth it. My biggest issue with it is, as you can guess, the setting. It can be hard to take things seriously when odd looking creatures that belong in a fairytale are part of the world. Ivalice deserves better.

Luckily, the world got great treatment in both the graphics and music department. I would love to spend hours gushing about both, but I’ll sum them up as best as I can. FFXII looks magnificent. Characters, NPCs, and the monsters that inhabit the world are represented by some of the best 3D models on the PlayStation 2. A variety of spells, weapons, and special attacks can be used and they all look like they hurt thanks to stunning special effects. The normal graphics are great, but in typical Square fashion, the story will often advance with high-quality FMVs. The music was composed by Hitoshi Sakimoto. No matter how you feel about this game, you should check out some of the music. Sure, I’m biased because he’s my favorite composer, but this is easily some of his best work. Finally, the voice acting. This is a mixed bag. The contrived accents of some characters takes away from their credibility. Other characters sound inexperienced. But, there are times that the voice acting sounds fine and helps with the narrative.

While the story and style of the game are epic, actually playing the game can range from interesting to boring. Before I started Final Fantasy XII, I asked a friend of mine what to expect. He gave me a one word summation: “Walking.” Indeed, Final Fantasy XII has a huge world to explore and you will be doing lots and lots of walking to get from one point to the next whether it be to advance the story or do simple things like shopping. Vaan’s running speed is about average for an RPG, but the massiveness of everything explored makes things last longer than necessary. As you move from a city to a map or a dungeon, you will have to continue your slow walking pace but with a party of three and with monsters trying to impede your progress. Before getting to the battles, I think it’s important to talk about two important features. The first is the License Board. While characters still gain experience and level up, the License Board is what allows characters to not only use abilities, but equip weapons and armor. In other words, if you don’t spend the License Points earned from enemies on a new weapon you acquired, you can’t equip it. Since everyone has the same board, this means that everyone can ultimately end up the exact same in terms of abilities. They can all equip the same weapons, armor and accessories. They can use the same black, white, and green magic spells. The list goes on. The only differences are the character’s base stats and Quickening’s, which are FFXII’s version of “over the top special attacks that look like Limit Breaks.”

The License Board is an interesting idea, but using it for equipment seems silly. Furthermore, having an army of colorful characters that have the exact same strengths and weaknesses takes away from their personalities. That was what happened in Final Fantasy VIII and it was a disappointment. Ultimately, it makes the next part of the game equally boring: Gambits. These are settings you can give to your characters that will activate when the conditions you set occur. For example, you can set a character to use a spell on a certain type of enemy until the enemy is gone or the character runs out of MP. These are a great idea, but the problem is that they take away from the player doing anything. Gambits have a plethora of options, which means you can have your party of three fight, heal, use magic, use items and everything in between and emerge victorious with little input.

But if you don’t want to use Gambits, you can participate in battles normally. Pressing the X button will bring up the menu and you will then choose what you want to do. Unlike typical FFs with random encounters, enemies roam freely. When you are in range, your characters will draw their weapons. Unless your Gambits are set, your team will do nothing. You need to manually enter the commands. The Active Dimension Battle system isn’t very exciting despite some unique ideas. In fact, all of this stuff that I wrote about it makes it seem really complicated when in actuality, there isn’t much to it other than getting into an enemy range and making sure your party does what you want it to do. The computer will take care of the rest.

Final Fantasy XII is a massive game with copious amounts of content, both regular and hidden. The main story will take about 50 hours, but the bonus content and the secrets within Ivalice will easily double that. The Collector’s Edition comes with a shiny, metal case and a bonus DVD that talks about the history of Final Fantasy starting with the first game all the way to Final Fantasy XII. Despite the great look and narrative, this is a difficult game to recommend. Actually playing as Vaan and his team the way Square wanted you to will make it feel as though you aren’t doing anything aside from the most abundant feature in the game: walking.