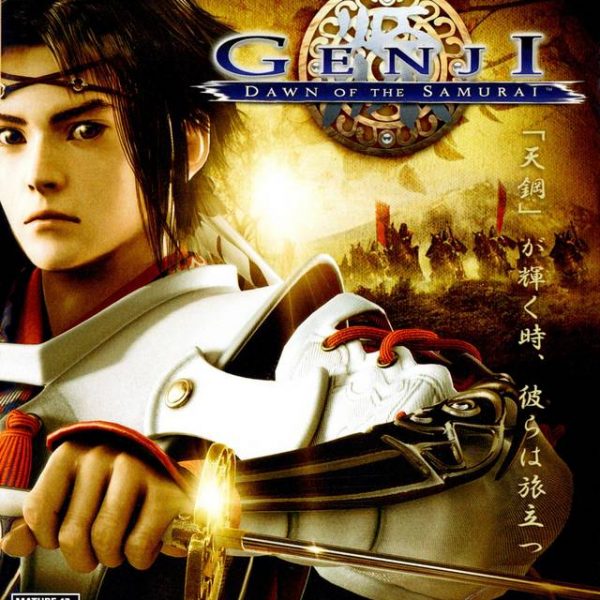 Author’s Note: This review was originally published on January 21st, 2006. I remember getting to the end of the game after a minuscule three hours and thinking, “Wait. That’s it?” This messy review attempted to put my anger into words.

Picture this: a gorgeous, ancient Japan setting with extravagant characters, heroes and villains alike, plenty of action and RPG elements. It sounds like the perfect combination of ideas for an action adventure, and it is for the most part in Genji: Dawn of the Samurai. However, when this samurai scenario suddenly stops (alliteration matter = me) the whole game suffers in every department. I wanted to play more, I wanted to see more, I wanted to know more, I wanted to hear more…I wanted more!

The story of Genji revolves around ancient Japan during a giant war of good versus evil. The enemy kingdom, the Heishi, is turning the tides of war with the powerful Amahagane. These spheres or power unlock hidden abilities and skills of their wielders, but since they are objects, the power is reflected by the user. Thus, the Heishi have been steadily gaining control of the war situation. A lone samurai named Yoshitsune has an Amahagane himself, and after an enemy ambush by the Heishi he vows to put an end to the Heishi terror reighn. He’ll meet allies on the quest to save Japan, one named Benkei who also carries an Amahagane and will stop at nothing at over throwing the evil.

In all honesty, the story for an action adventure video game had plenty going for it. There are plenty of coll characters you’ll meet, and Yoshitsune and Benkei kick major ass as they vanquish evil. However, when you think there is about to be a cool twist (these do exist, but they’re nothing mind-blowing) the story ends, and the ending is beyond cliche. With such an awesome setting, it was so upsetting to see the story finish abruptly.

What mainly disappointed me about the game being so damn short was that when they story ends, playing the game ends. This game was F-U-N. You chose to control either Yoshitsune or Benkei. Yoshitsune wields dual katanas and fights with a graceful, deadly style all of his own. Benkei uses gian clubs or giant spears and crushes foes with his massive body and strength. Both characters fight differently, but they all have the same actions. They jump (although Yoshitsune can wall jump), block, dodge, and use kamui. Kamui is an ability in which time slows down, allowing you to deal powerful counterattacks to the foes who come at you in slow motion. Furthermore, both characters can equip weapons, armor, accessories, items and Amahagane essences. These fragments allow attack, defense, and life to be boosted, however these items are hidden so it’s up to you to search them out. Finally, both characters level up once they get enough experience points from killing foes. This is where the fun begins.

The square button is your combo creating, weaker attacks while the triangle button is your strong attacks that execute slower. Pressing these buttons along with moving the analogue stick allows you to create impressive combos. Obviously, Yoshitsune and Benkei have different fighting styles, thus their methods of killing are different. Yoshitsune relies on speed and multiple slashes whereas Benkei is slower and stronger, able to wallop multiple enemies at once with his massive weapon. It is important to decide who to use for the stage you’re playing, especially when faced with a boss.

Besides battling, you are able to buy things, talk to folks and go back to older stages to see if you missed any items and level train. No matter what you are doing and no matter who your character is, Genji is a blast to play. As I said, however, it is over too soon.

The game’s look compliments the gameplay. In any part of the game from a battle stage to a full motion CGI movie, this game is gorgeous. The 3D setting and characters have so much color and vivid detail that you’d be a fool to not stop and look around. Not to mention, there is plenty of blood and gore for your viewing pleasure. If you are into that sort of thing, you’re in for a treat…I know I sure was treated well! I wish the music was a good treat too, but…not so much.

While the music was nothing special, it was fitting. Taking place in feudal Japan, the OST is filled with oriental themed music. I enjoyed it, but it wasn’t really all that noticeable; no tunes stuck out. The entire game’s dialogue is spoken in Japanese with sub-titles, which I greatly enjoyed. As per usual, everything else sounded fine. Be it Yoshitsune’s swords gashing apart a foe’s arms, or Benkei’s club taking off an enemy’s middle section, things sounded fine. Of course, I would of enjoyed hearing more songs but once again, it goes back to the fact that the game is too short.

When I played through the game my first time, I died once, leveled up a bit, searched everywhere thoroughly, and talked to everyone. The total running time for my playing was three hours. Seriously, that’s too damn short! There are unlockables for when you beat the game, but it’s nothing worth mentioning. I will go back for more, but not for a while. If you haven’t figured it out by now, this is a rental game. Currently, it’s running for $30.00 and that is SO not worth it. Why did I buy my copy, you ask? It was for $10.00 at Target, duh! Don’t judge me…I said Target, not Wal-Mart.

Anyways, that’s what Genji: Dawn of the Samurai is all about. I’ve always hated it when good games end too quickly. First Golden Sun, then Ys VI, and now this. Playing the game is a blast, but since it’s too short you’re better off renting it or buying a different title to satisfy your hunger for action.