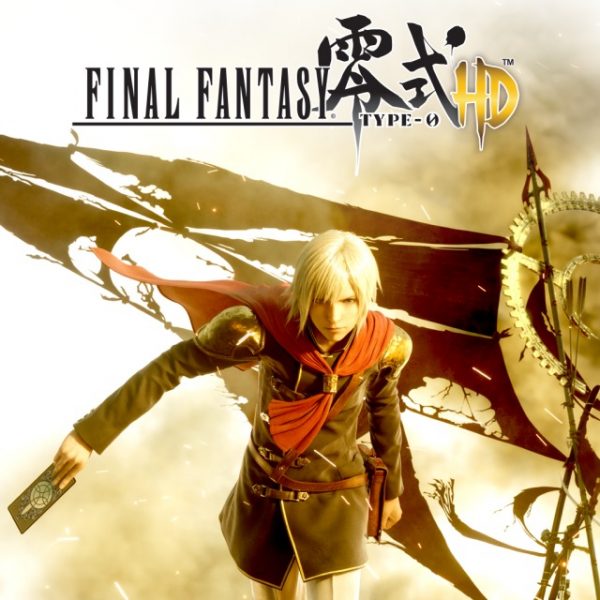 When you were a youth in the classroom, chances are war, death and politics were the last things on your mind. For a group of cadets in Class Zero, the above mentioned tragedies are all they know. Final Fantasy Type-0 might seem like another entry in a legendary RPG series, but its darker themes surrounding death and destruction set it apart. This, combined with an action packed battle system, a huge amount of historical information to uncover and a large group of customizable characters make Type-0 a worthy entry to the series. Originally on the PSP, Final Fantasy Type-0 HD is an enhanced port for modern consoles.

As a part of the Fabula Nova Crystallis, Type-0 features some familiar lore seen in Final Fantasy XIII such as l’Cie, Focus and Pulse. Other than that, Type-0 has a story nothing like Lightning’s. It takes place in the world Orience. Four nations live in Orience, each with their own crystals that act as guides to its people. Cid Aulstyne of Milites, the kingdom under the White Tiger Crystal launched an attack against the people of Rubrum, the kingdom under the Vermillion Bird Crystal. Rubrum’s people, adept in magic, were able to stop the Milites advances thanks to their spells and Eidolons. However, a Milites l’Cie named Qun’mi launched a Crystal Jammer that prevented the people from using magic. As a result, Milites’ powerful weapons caused Rubrum to become a blood soaked city. Just when all seemed lost, Rubrum’s regent sent 12 young cadets from the mysterious Class Zero of Academia to the battlefield. Unaffected by the Crystal Jammer, Class Zero’s magic decimated the Milites troops. Still, Cid is relentless. War has begun and only the cadets in Class Zero can bring Orience back to peace. Obviously, Type-0 took a bleaker approach to its story and setting. The cadets in Class Zero are a diverse bunch, but since the story only spans eight chapters, they (and the rest of the characters) don’t get the amount of development normally seen in other FFs. There is a ton of history and lore to uncover in Type-0, but doing so requires at least two files.

To some, going through the game twice to see it all may not be such a bad thing since the game is fun for the most part. Type-0 has various modes of game play. The first is Free Time. After a mission, you are given Free Time to explore towns, visit the world map, raise Chocobos, chat with other students, or participate in side missions. Most of the above mentioned tasks take away a certain amount of time. When you are out of Free Time, you will be given a story related mission. It’s a standard formula that works well for the game. The best part is that participating in practice battles for extra experience, upgrading magic with Phantoma (more on that in a second) and/or shopping don’t take away from Free Time. Type-0 has a huge amount of NPCs that you can speak with and the return of the world map means there are a variety of places to explore. Eventually, Free Time will end and you will be prompted for a mission.

This is where combat takes center stage. Type-0’s combat is a mixed bag, but remains fun for the most part. Class Zero is full of unique personalities and, as such, each one has their own unique weapon and abilities. You can bring in as many as you want to a mission, but only three will be allowed in a battlefield. When one of the cadets is killed, one of the reserves can be put in as a replacement. The player takes control of one of the cadets while the AI covers the remaining two. Each character has unique skills that can be upgraded. They can also equip magic. All of their abilities are assigned to one of the face buttons. You will go from area to area defeating enemies, fulfilling mission objectives and finding items in fast and frenetic action-packed battles. If you played Crisis Core, you will have an idea of what to expect. However, Type-0 introduces new ideas that set it apart from Zack’s journey.

One of the most important features is harvesting Phantoma. After an enemy is killed, you can lock onto it and absorb its Phantoma which restores your magic points and can later be used to upgrade magic. This doubles as an attack; absorbing Phantoma causes the enemy to burst apart and cause an explosion. A favorite feature is the Break Sight/Kill Sight. When a locked-on enemy makes a certain move, there will be a brief moment you can either deal huge damage or kill them instantly. Another unique feature is the ability to either summon an Eidolon at the cost of a cadet’s life or performing a triple attack that drains the cadet’s Ability Gauge. Special Orders can be accepted in order to gain bonus items and a stat boost, but failing to meet the objective will result in a deadly penalty. Finally, you can accept support from other members of Academia to earn SPP, which are used to purchase unique items. Battles are a blast, but of course, they aren’t perfect. One problem is that using non-equipped items does not pause combat, leaving you at a severe disadvantage. Another issue is that you can only change equipment and upgrade your skills at a save point. These aren’t deal breakers, but they are questionable design choices. My biggest issue with the battles is that the camera has a hard time keeping up with the action unless you utilize a lock-on. Even if you aren’t locked on an enemy, your character might not attack in the desired direction. Luckily, bountiful save points and the ability to restart missions makes Type-0 challenging but not impossible. At times, Class Zero will have to participate in RTS styled sortie missions. These are poorly executed and cumbersome, so I won’t get into much detail about them.

With so much variety in terms of content, I question why the graphics didn’t get the same treatment. Being an HD port, the game looks fine from a technical standpoint. Square never misses the mark with a solid look, but nearly every area looks the same. Aside from Academia, nearly all of the towns, caves and structures look identical. Then, there are moments the graphics look extra shiny. It’s as though everyone bathed in Vaseline or oil to give them extra sheen. However, even if the graphics sometimes look awry, the soundtrack makes up for it. Type-0 has a collection of classic and new music that pulsates through the television and around your eardrums. Personally, this might be my favorite soundtrack in the Fabula Nova Crystallis series. The voice acting is fantastic. With a story wrapped up in war and death, the actors and actresses give the right amount of emotion without sounding over the top.

As mentioned earlier, Type-0 spans eight chapters that don’t take long to complete. While there are optional missions and a variety of things to unlock, most people can finish Type-0 in about 30 hours. Even earning the platinum trophy won’t take long. It feels like Type-0 is over before it really begins. The game ends with some unanswered questions and the only way to get a few of the answers is to play through the game a second time. The New Game Plus unlocks another level of difficulty and lets you carry all of your stats from the first game. Its narrative might be short and its combat has some problems, but Final Fantasy Type-0 HD is a great game. A story that doesn’t pull punches and a roster of combatants accompanied by a great (and extra shiny) presentation make this an easy game to recommend to fans of Final Fantasy and fans of action RPGs.

Overall, 7/10: Final Fantasy Type-0 HD does the Final Fantasy name and the Fabula Nova Crystallis lore justice even if it’s over too soon.