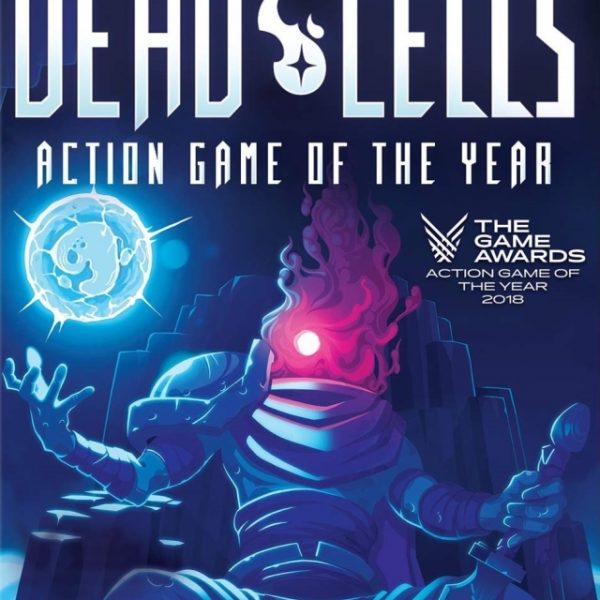 One thing I really appreciated about my time with Demon’s Souls nearly ten years ago was that it had a tough but fair difficulty. It’s the type of game where you die, learn from your mistake, get back up, and try again. These days, it seems like every other new developer out there is trying to replicate that difficulty. They want to make their games hard because, hey, if it worked for From Software, then it will work for us. Dead Cells is one of those games that missed the mark on this. Sure, it can be fun at times, but usually the frustration eclipses the fun.

Soulsborne gameplay isn’t the only place where Dead Cells pulls inspiration. Similar to lore created by From Software, Dead Cells has a minimal story in which the player is just thrown in and expected to fill in the blanks. You play as a nameless slime that has the ability to possess bodies of the dead. Upon awakening in an underground prison, it’s up to you figure out what’s going on. Honestly, I’m still not sure if there’s more worth explaining. Your character is mute, most of the narrative comes from examining objects, and the term “Malaise” gets thrown around at random. I’m guessing Malaise caused the world’s new appearance: dreary and filled with enemies-o-plenty.

Of course, I use the term “dreary” lovingly. Despite the depressing world you explore, Dead Cells is a gorgeous game. Your character and the ever-changing locations it explores are filled with vibrant colors and fluid animations. It’s exciting to enter a new area for the first time because each area is so different from one-another. Bosses are especially unique to behold. It’s recommended to play the game while the Switch is docked, but playing it in tablet mode works. The music didn’t fare as well, but there are some catchy numbers. Sound effects have a crisp, visceral tone to them. Slashing apart enemies sounds and feels great.

Dead Cells is a polished game. Controls are tight. Menus are easy to navigate. It’s clear what you’re supposed to do. But, as a “rogue-like Souls-like metroidvania,” Dead Cells’ emphasis on difficulty will cause more aggravation than something like Dark Souls. Let’s look at each of these descriptions in closer detail. First, the Metroidvania aspect. Your character in Dead Cells can find runes that permanently power him up. He’ll be able to grow vines and/or climb up walls. So, even if you die, you’ll still have some extra advantage when you start over. Also, as you explore, you’ll uncover Blue Prints for the hundreds of possible gear options. Find a Blue Print, pay for the item once, and there’s a chance you’ll find said item throughout your journey.

Second, there’s the rogue-like feature. Dead Cells’ areas will never have the same layout. They’ll never have the same items. They’ll have the same enemies, but their placements will be different. This means that no two journeys through this strange world will be the same. With this promise of randomness comes the notorious punishment the sub-genre is known for: if you die, you go back to the start. This is where the problem with Souls-like aspect comes into play. When you die, you’re expected to learn from your mistakes. You’ll be all the wiser in handling what the game throws at you on your next run. Indeed, enemies and bosses and environments and everything else is out for blood. Healing options are severely limited, naturally. But, remember, this is a rogue-like. This means your favorite weapons, traps, collars and decoys may not show up. This means that you may have to power up your character differently than last time so you can survive.

Sure, death in Soulsborne was a bummer because it meant restarting from a checkpoint with your personally molded character and trying again. In Dead Cells, it means starting from scratch. It means losing all of your equipment, upgrades and unspent currency. It means having to find a new rhythm. I was able to finish Dead Cells in a fraction of the time it would take to finish a From Software title. Ironically, Dead Cells felt longer after multiple deaths and inevitable restarts.

After dealing the killing blow on the last boss, Dead Cells offers tons of replay options: higher difficulties, more weapons, extra bosses, the works. Personally, once through was enough. I would bitch about Dead Cells constantly. And yet, I kept coming back for more. I’m glad I played it since I finally got to see if the praise for it was legit. Unfortunately, my biggest takeaway from Dead Cells is that Motion Twin wanted to make a game that was challenging for the sake of being challenging.

Overall, 6/10 – Dead Cells performs perfectly and has pristine polish. Sadly, it’s hard to enjoy all that when you’re pulling your hair out.