Dark Souls is a gritty, challenging experience full of surprises and enjoyment. 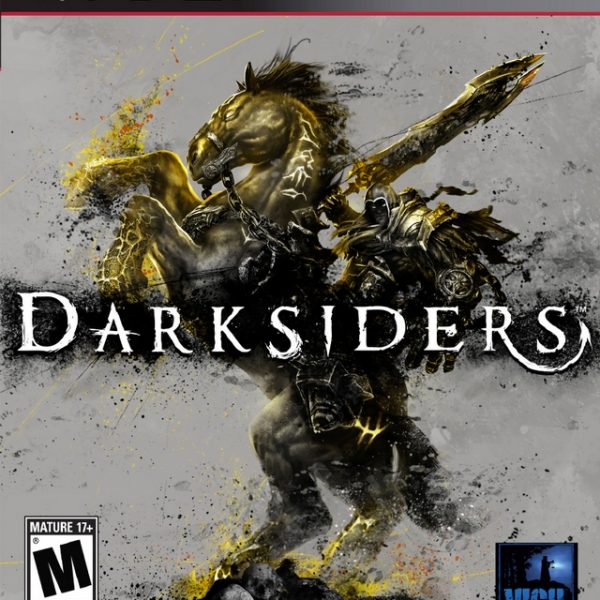 Darksiders is an action game that is based on the Four Horsemen of the Apocalypse. The four horsemen are described in the last book of the New Testament of the Bible as representing Conquest, War, Famine and Death. Instead of what happened in the movie 2012, the Christian version of the apocalypse is that these four horsemen are to set a divine apocalypse upon the world. Needless to say, Darksiders is a gruesome game with a surplus of demons, blood, and destruction. The premise and background of Darksiders is great, but playing the game can cause frustration due to unresponsive controls and an awful camera.

Players take control of War, the first of the four horsemen. An unknown force summons War to Earth and, as a result, causes an abrupt apocalypse to occur. Accused of causing this destruction and for inciting a war between Heaven and Hell, War has to venture to the ruined Earth and find out why he was prematurely summoned. He won’t be going alone, though. An entity known as Watcher will be ensuring that War doesn’t stray from his path of revenge. War is going to have regain all of his powers and forge friendships with both angels and demons if he wants to exact revenge and clear his name. Darksiders’ story doesn’t pull as many references as I thought it would from the New Testament, but the story is still one that leaves you on the edge of your seat. The initial story sequence shows Earth getting ravaged by gigantic monsters, fireballs from heaven and chaos around every corner. After that, the game gets a bit more toned down, but still retains its dark setting.

Darksiders has an involved plot for an action game, but the action itself is what needs some work the further you progress. War is a giant being, so his abilities rely more on brute strength as opposed to being nimble. He begins with a giant sword, magic abilities that are called Wraith Abilities, and few other tricks that allow him to fend off hordes of demons. As you defeat monsters, you’ll obtain blue souls that act as currency. These can be used to buy new moves, new magic and items. As War gets closer to the truth, he acquires more gear. His two other weapons are disappointing. The first is a scythe that can act as a boomerang, but the damage it deals is minor when compared to his sword. The second is a pair of gauntlets that are terrible and serve no purpose other than for solving a couple of puzzles. Speaking of puzzles, War will have to use all of his weapons and sub-weapons to solve the plethora of puzzles scattered through Earth. These puzzles are enjoyable at first, but near the end of the game, too many get thrown at you and stop the flow of the game too suddenly. Beyond that, the puzzles feel too familiar at times. War will get a Zelda inspired hook-shot, a Portal inspired portal maker, a Dark Sector inspired shuriken and a few other tools that seem as though they were stolen from somewhere. Now, if the puzzles are actually fun, then War using these tools would be fine. Unfortunately, these puzzles create too much frustration when really, all you want to do is hack apart a demon army to pieces. Combat plays a central role in Darksiders.

Darksiders’ combat is frustrating and satisfying, usually at the same time. The biggest problem is the camera, due to the fact that its slow and difficult to manipulate. Death comes easily to War, and it seems to arrive more frequently when you’re trying to dodge barrage after barrage of demonic attacks. The camera can’t keep up with War’s giant frame and War’s dodging abilities tend to cause more harm than good. Many of War’s sub-weapons require you to enter a different camera mode so you can take aim. This makes things even more confusing when you’re surrounded. War’s arsenal of weapons and sub-weapons serve their purpose in battle, but the best part is when War can transform into Chaos Mode. For a small amount of time, War becomes invincible and deals high damage as he takes the form of giant, crimson demon. This comes as a huge blessing, especially when fighting the game’s towering bosses. Timed-action sequences are used in Darksiders and they are over the top and satisfying. As mentioned, the camera turns satisfying combat into satisfying and frustrating combat. When it’s good, it’s good. But when the camera misbehaves, you’ll be ready to play something else after your fourth death in a row.

While the combat and plot have their strengths and weaknesses, the graphics and music in Darksiders are some of the best of its kind. The first thing to point out is that Mark Hamill is the voice of Watcher and he delivers. As for the rest of the cast and crew, they do an excellent job in voicing their characters. War, his friends and enemies are an eclectic bunch so having equally eclectic voices for them gives the story that extra chutzpah. Graphically, Darksiders is gorgeous. Despite the fact that Earth is no longer inhabited by humans, the remains of it and its surplus of dangers looks spectacular. From the barren deserts to the natural caves, Darksiders has the look of a next-gen title through and through.

This is why it’s such a downer that it lacks the feel of one. Camera and unresponsive controls aside, the amount of uninspired puzzles makes Darksiders a blah sort of game. The story is great, and the combat does have its moments when things feel like they should. However, problems with the combat arise too frequently and break the flow of the game. The ending sequences of Darksiders will reveal that a sequel is just around the corner. Here’s hoping that the creators have learned a thing or two from this game and fix the issues to make it Darksiders the memorable action series it aspires to be.