Demon’s Souls is a special game.

Dark Souls is a gritty, challenging experience full of surprises and enjoyment. 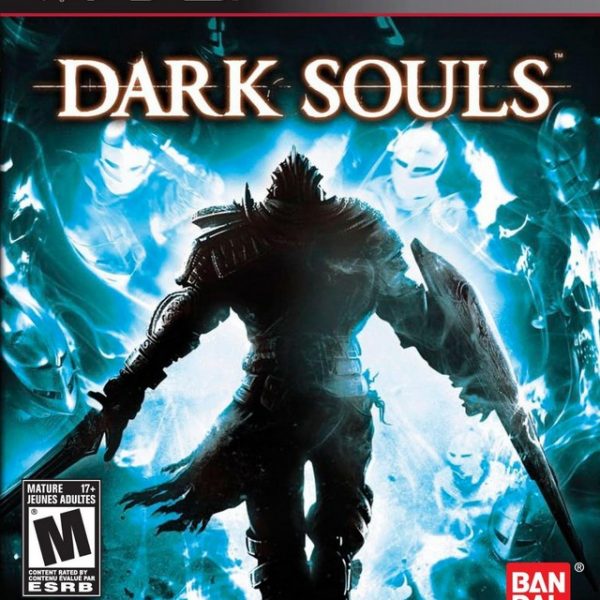 Years ago, I wrote my 200th review for Demon’s Souls. This was a game that had a magnificent atmosphere, challenging game play and unique online features. It was game that earned high praise for doing nearly everything right. I’m not sure why it took me so long to get around to playing its successor: Dark Souls. In many ways, Dark Souls reminds me why I enjoyed Demon’s Souls so much. And yet, Dark Souls is different enough to make it stand apart from the predecessor. If you enjoyed Demon’s Souls, I don’t see why you wouldn’t enjoy Dark Souls. Even if you never got around to playing Demon’s Souls, I still think nearly every gamer that enjoys challenging games, dark-fantasy settings and plenty of customization will find something special in From Software’s next entry in this series.

One thing that is missing in Dark Souls is a solid story. While Demon’s Souls didn’t have much of a narrative, it still had some lore about the world of Bolateria and its inhabitants. Dark Souls took a step backwards, which is a shame because the world of Lordran appears so majestic. Essentially, dragons used to rule the world until someone ignited a giant flame that caused four powerful beings to remove the dragons from existence. One of the rulers, a witch, attempted to make a copy of the flame but things didn’t go as planned and she became a demon and…you know what? It’s not important. The result of all of the backstory is that humans turned into an undead state and eventually become known as Hollow. When someone becomes Hollow, they attack anything in sight. Your character is an undead, but you have been somehow chosen to enter the world and find out the truth behind everything. The important thing to keep in mind is that the character you create is a chosen one and needs to fulfill a prophecy.

You create this character at the start of a new game. After selecting his or her name, you can select a character’s starting class, a starting gift and customize their appearance down to the minutest detail. You’ll start in an abandoned prison crawling with Hollows. This place will serve a tutorial and show you the bleakness of Lordran. Just like Demon’s Souls, Dark Souls starts you off slowly by explaining what your character can do. Most actions require the use of stamina, which regenerates over time. This includes sprinting, attacking, dodging, back-stepping and jumping. Near the end of the tutorial area, you will be put face to face with a boss. Once that is over, your quest will truly begin. Dark Souls features a vast, open world that is very different in terms of progression in comparison to Demon’s Souls. Instead of a central hub like The Nexus, Dark Souls features a world of connected areas that are filled with Bonfires. Bonfires can be looked at as checkpoints. Not only do they provide you with the safety to level your character, attune magic, modify and upgrade equipment and other necessary features, but they recover all of your energy and spell counts. After a certain point in the game, you will be given the opportunity to warp between certain Bonfires. This is a handy feature, but I wish I had the ability to warp between all Bonfires just to reduce walking time. Most importantly, Bonfires restore your Estus Flasks. The Estus Flask has a restorative serum inside that will be the determining factor in whether or not you finish a battle alive.

The Bonfires are great and, in some ways, make the game more accessible and easier than Demon’s Souls. However, Dark Souls is still one of the most challenging games I have ever played. As soon as you leave the tutorial area, you will be forced to face challenging enemies that require you to think. You can’t rush into a group of enemies and hope for a Dynasty Warriors type of victory. Nope, not here. You need to carefully approach each enemy, avoid attacking groups, and learn the pattern of every monster you encounter. Even after you gain better equipment, you still need to approach older areas with caution. Not only do you have to watch out for enemies, but you need to wary of bottomless pits and dungeon traps. There is no other way to say this: Dark Souls is difficult and you will die over and over.

When you die in Dark Souls, you lose all of your acquired Souls and turn from Human to Undead. To become Human again, you need to find pieces of Humanity from treasures or enemies and use them at the Bonfire. Just like Demon’s Souls, you can attempt to reach the spot where you perished to recover all of your lost Souls. Since Souls act as both currency and as points for leveling up, it sounds like it’s a good idea to do all you can to retrieve them. I might be alone in this, but one of the reasons why I find Dark Souls easier than Demon’s Souls is because it’s much easier to acquire vast amounts of Souls. In other words, if you die over and over again and end up losing your hard earned Souls, you shouldn’t fret because you will earn just as many (if not more) after you emerge from the circumstance that is giving you trouble.

These circumstances include tricky dungeons, swarms of monsters and, most importantly, gigantic bosses that show no mercy. While upgrading equipment and learning new magic helps slightly, the key to winning boss fights in Dark Souls is strategy, perseverance and a bit of luck. Unfortunately, there is one boss fight that is notorious for causing people to quit the game early due to it being *too* hard. Death happens multiple times in Dark Souls, but I never get upset because I know I need to regroup and approach the fight differently. This particular boss fight, on the other hand, is ridiculous. Since Dark Souls’ targeting system tends to jumble the camera, this particular boss fight feels more like an uphill battle.

Luckily, Dark Souls features a unique online system in which you can summon other players to assist you. If you prefer to play offline, you can summon NPCs to your side to help you with particular bosses. Most importantly, you need to make sure you character is always in tip-top shape with gear that extenuates their statistics. A character with high intelligence will never effectively wield a huge axe, so you need to make sure your magic spells are fully loaded and ready to fly. A nimble character with low magic ability will do better with a weapon that relies more on speed than power. The possibilities are endless and everyone will find a set of weapons, armor and magic to equip that suits their play style.

One of my favorite aspects of Dark Souls is that every piece of equipment will alter your character’s appearance. Fashionistas like myself will have fun finding a stylish get-up. Personally, I make sure my character looks fly as opposed to having the best equipment. Even if my character isn’t looking stylish, the world he’s exploring is one that is worth viewing. Dark Souls is a gorgeous game. A dark, medieval fantasy setting through and through, this is a game where no stone was left unturned. Anor Londo is a majestic castle filled with imposing giants, sleek knights and demonic gargoyles. The Tomb of the Giants is an eerie, blackened cavern full of skeletal enemies twice your size. My favorite area is the New Londo Ruins. Survival/horror developers need to take a look at this area because it is downright scary. Not only because of its look, but because of the sounds enemies make. Nearly every enemy in Dark Souls makes an unpleasant moan, growl, howl or scream whether they’re trying to end your life or you if you just ended theirs. Most areas lack music, but grand symphonies get played to the fullest during the game’s many boss battles. The entire game is voiced and each actor/actress does a great job.

Dark Souls’ main issues are the lack of the story and the targeting system that causes the camera to get messy. While these instances with the camera are rare, they are an issue because of the game’s punishing difficulty. You need all the help you can get and a hindering camera should be the least of your worries. However, after my first file of nearly 60 hours of game time, I can tell you that Dark Souls is still a fantastic game that I enjoyed playing and that I will enjoy playing again. Folks that are interested in 100% trophy completion will have to complete the game at least two and a half times. While everything from your previous file carries over to the next, all of the enemies get a boost in difficulty. If you were a fan of Demon’s Souls, then Dark Souls is the game for you thanks to its challenge, options and aesthetics.

Overall, 9/10: Dark Souls is a fantastic game that offers the same level of depth as Demon’s Souls, but still has enough new features to make it stand out for all the right reasons.