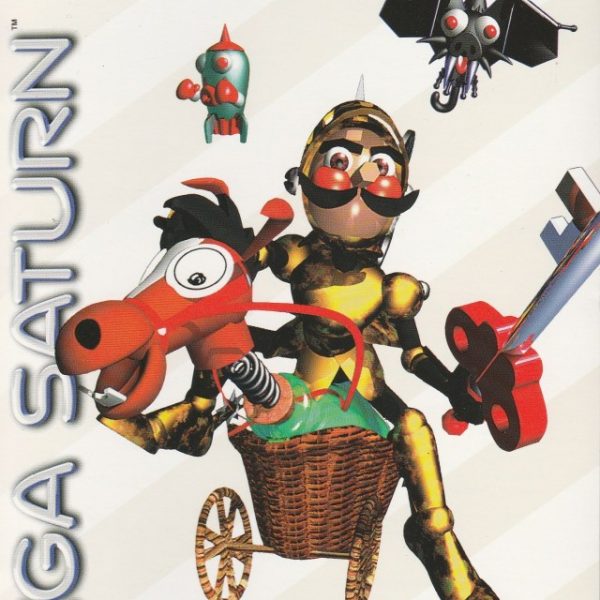 Clockwork Knight was a fun, simple and pleasant platformer that helped show what the Saturn could do in terms of graphics and game play. However, one thing that was severely lacking was length. Just as the stages started getting more exciting and the bosses more interesting, the game ends. Clockwork Knight 2 helps pick up where the game left off and improves on some of the first game’s flaws. But, the game is even shorter than the first. While there are some extra modes of play, the main campaign of Clockwork Knight 2 is just when things start to get good. I still recommend it to those that played and enjoyed the first game, but everyone else may want to look elsewhere for their platforming fix.

The first Clockwork Knight ended on a cliffhanger. When we last saw our favorite toy knight, Sir Tongara de Pepperouchau III (Pepper to his friends), he was able to rescue Clockwork Princess Chelsea from the clutches of evil. Unfortunately, she was still in a deep sleep. Pepper and his friends’ victory was short lived after another set of dark toys swooped in and kidnapped her again. This time, Pepper is getting the aid of his trusty steed, Barobaro and heads further into the house to rescue the toy princess. The story is just as lighthearted and whimsical as before. This time, we get to see more characterization with some of the cast that didn’t get their time to shine in the first game.

When beginning Clockwork Knight 2, you will have a few options at your disposal at the home screen. The Movies lets you view the movie scenes from the first game. By fulfilling certain conditions in the main campaign, you can you unlock additional movies for your viewing pleasure. Bosses Galore is a classic boss rush mode that will really test your patience. You need to guide Pepper or Sir Ginger through each boss from both games in an insane test of endurance. Reaching the end of Bosses Galore will provide you with additional rewards. The option most players will select is simply named Part 2. This picks up the story where the first game left off.

Sir Pepper needs to go through four parts of the house, each of which are divided into three sections. All of Pepper’s actions are the same as the first game. He can dash, jump, thrust his key-blade, wind up certain mechanisms, pick up certain objects and throw them. Each level has plenty of alternate routes to take. These are usually filled with hidden power ups that will increase Pepper’s energy or grant an extra life. Other collectibles include Pocket Watches that extend your time limit and Imperial Crowns that can be used to play a mini-game at the end of each room of the house. Some stages put you on rails. You will ride Barobaro through while collecting items and using Barobaro’s spring head as a weapon. Each room of the house ends with a boss fight. Clockwork Knight 2’s controls are responsive. There are times when Pepper won’t move as far as you would like via a jump, and there will be times when the screen gets too busy with enemies. That minor issue aside, going through the four new rooms in the house filled with multiple pathways is just as great as the first game.

Similarly, the games looks and collection of music is just as great. The music is jazzy filled collection that will have your toes tapping to the beat. Each stage has a catchy tune. There aren’t many sounds to talk about aside from the “ouch” that Pepper makes when he gets hit by an enemy. It’s adorable. Chances are you’ll feel bad for hurting our hero after he makes that sound the first time. The graphics are fantastic. There is a high level of creativity used in both the foregrounds and backgrounds. The usual enemies are plain, but the bosses make up for them. There was a lot of creativity used in making this toy filled world really pop.

The biggest issue is that it ends too quickly. I wanted more stages with Barobaro. I wanted more bosses. I wanted more Clockwork Knight 2. The main campaign can be completed in an hour. There are other things you can do after it’s over such as the above mentioned Bosses Galore, but even that can get dull. Some cheat codes and additional game play options cane help with replay ability, but again, it may not be enough.

Overall, 6.5/10: As fun as Clockwork Knight 2 is, it’s only recommended to those that don’t mind short games and to those that wish to see what happens after the events of the first game.