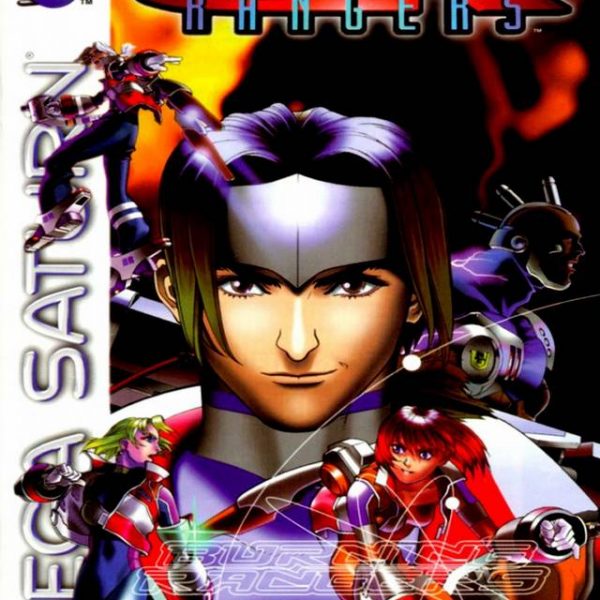 Burning Rangers was one of the last titles to be released for the Sega Saturn. Like other titles that marked the end of its era such as Magic Knight Rayearth and Panzer Dragoon Saga, Burning Rangers comes with an expensive price of admission that doesn’t seem to be going down any time soon. Game collectors, especially those that are fans of the Sega Saturn, are the only ones that would get the most enjoyment from acquiring this unique title. For everyone else, Burning Rangers’ price tag is not worth it. The unfortunate thing is that the game is fun while it lasts and deserves to be played by more people. As much as I enjoyed the aforementioned Magic Knight Rayearth and Panzer Dragoon Saga, I feel that Burning Rangers would be a game that would get the most benefit from being remade, refreshed and re-released on a modern console.

One thing that would help with a remake of Burning Rangers is a more fleshed out story. The premise of Burning Rangers is straightforward: the Burning Rangers are a group of space-age firefighters that travel between various space stations to put out fires and rescue survivors. The rangers have two new recruits: Shou Amabane and Tillis. Shou was rescued by a Burning Ranger when he was a kid and decided to become one himself. While somewhat arrogant, Shou has the capabilities to become an excellent Burning Ranger. Tillis’ family was killed by a blaze when she was a youth. After aging out of foster care, she decided to become a Burning Ranger in order to prevent family tragedies similar to hers. She views the Burning Rangers as her new family. The director of the Burning Rangers is Chris Parton, a fierce blond who wishes to carry on the legacy of her father. Finally, there is Lead (or Reed, depending on the context) Phoenix and Big Landman, seasoned Burning Rangers that are in charge of training the two new recruits. The cast of characters has a solid foundation. Due to the game’s short length and scarcity of story, you don’t get to learn much about them outside of what I wrote and what is written in the game’s instruction manual. There was potential for more exposition, character development and world building.

You take control of either Shou or Tillis. While there are subtle dialogue differences in either campaign, the game plays the same for both characters. The first stage acts as a tutorial in which you fly through a training facility at Burning Rangers HQ. As a Burning Ranger, you are equipped with a jet pack that offers some impressive mobility. You can perform a high jump, a double-jump from that high jump, and sometimes you can kick off from a surface to gain even more height. The jet pack allows you to perform dodges, back flips, and thrusts. One final aspect of the jet pack is that it allows the Shou or Tillis to hop over spaces in floors without any input. In other words, if you’re running in a direction and come across a pit or a hole, you will simply hop over it without having to press any extra buttons. This feature can be bothersome because attempting to actually fall into a hole to explore causes your ranger to jump.

Aside from the jet pack, the Burning Rangers come equipped with a special gun that has the ability to put out fires. Pressing the B button fires a shot that can stop orange fires. Blue, green, and pink fires require something stronger. Holding the B button charges the gun that unleashes a laser. This laser is also used to defeat enemies and bosses. I’ll talk more about those in a minute. Putting out orange fires causes diamond shaped crystals to form. The purpose of these crystals is twofold. If Shou or Tillis are hit by fire or other hazard, the crystals will protect them. Similar to Sonic and his rings, all of the acquired crystals will explode from the ranger. Their other purpose is that they are used as energy to transport survivors to safety. One of my favorite features of Burning Rangers is finding a survivor and sending them away from the scene. You need five crystals to send a survivor. But if you have at least ten crystals, sending a survivor to safety grants you a continue. It doesn’t take much to damage your Burning Ranger’s suit so having extra continues is very beneficial.

After the tutorial stage ends, you’ll start your first mission. Aside from your crystals, there are other things you’ll need to monitor. Each mission has a timer. The quicker you finish, the better your ranking. A meter at the top of the screen will go from green to red. This indicates the chance of fires erupting, which get denoted by a whistle sound. Finally, there is a bar graph which shows the severity of the fires. The goal of each mission remains the same: put out fires, rescue survivors and stop a boss at the end of the stage. Not counting the tutorial, there are four stages. Each one is unique, but each one can go from fun to infuriating in an instant. Sometimes it’s not clear where you need to go. Pressing the Z button will cause Chris to give you some directions, but there are times she won’t know what to do. Stages are linear, but they have odd layouts. Rescuing all of the survivors can be tricky because many areas look the same. Boss battles appear to be intimidating, but they are very simple and require you to simply use a charged shot and occasionally dodge. While Burning Rangers is fun and often times rewarding, it has a tendency to trip over itself. The camera will act up. Maneuvering your jet pack can be an issue. Trying to avoid being hit by successive explosions can turn you around. When the game works, it works well. When game doesn’t work, it gets frustrating.

Something that can cause the game to trip over itself is the presentation. While a visually impressive game, Burning Rangers shows that the Sega Saturn wasn’t quite equipped with the goods to render the level of 3D Team Sonic wanted. It’s colorful, but the jagged edges from the characters and stages are grating. There are some anime movie scenes dispersed through the story that retain that classic, late 90’s style that I appreciate. The music and voice acting in Burning Rangers is fantastic. The songs are catchy, the characters are voiced well, and there are some excellent sound effects. The theme song to Burning Rangers is guaranteed to have you humming along.

Burning Ranger is a very short game. Finishing it once will take about five hours. However, there are some reasons to go back for more. First, every time you save a survivor, they may send you an email. This nice touch gives these NPCs some extra personality. Second, there is a password system that lets you replay the stages as other characters like Chris or Big. Finally, you can try to achieve the highest ranking possible in each stage. Personally, I’ll go back for more Burning Rangers when I have some time to kill. Don’t get me wrong; it’s a fun game and it has some really clever ideas. It also has a legacy behind it that doesn’t get the appreciation it deserves. Truthfully, the game’s biggest flaw is the current price tag. I’m not sure if it received a limited print run or not, but I don’t recommend paying its current price. I hope there will be a time when Burning Rangers will be made more available.

Overall, 7/10: Burning Rangers deserves to be played, but only if the price drastically goes down.