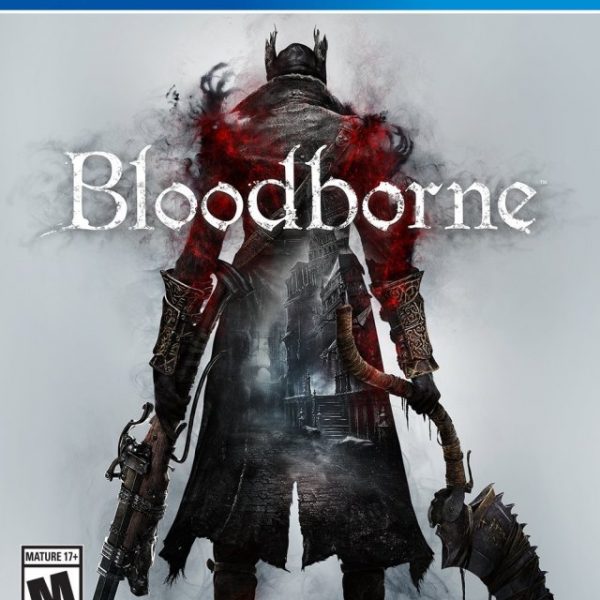 These days, whenever I begin a new game slapped with the “From Software” logo, I go in with nervousness, excitement, and a bit of fear. The nervousness comes from knowing that danger lurks around every corner. Enemies that can’t be underestimated will ruin your life if you aren’t careful. However, that nervousness adds to the excitement. The discoveries from taking hidden pathways and routes to find more treasures and unique encounters is endlessly fulfilling. The fear comes from the idea of never being able to overcome the game’s toughest challenges. With Bloodborne, the fear has a twofold meaning. Yes, there are times I’m afraid I won’t be able to finish a challenge. But, the game itself is haunting, eerie, creepy, and many other words that can be used to describe the stuff of nightmares. The challenging game play is still there, but the people that designed the monstrosities encountered in Bloodborne knew how to strike fear into the players. Having finished the game twice and in the process of getting ready to do it a third time, as well as experience some optional content, I can say that Bloodborne is one the greatest games of all time.

There is only one flaw I have: its story. Bloodborne has all of the pieces to deliver a fantastic tale, but they never come together. I understand that the Souls series is known for having unique lore and leaving it up to the players to fill in the blanks. But, this isn’t Souls. This is Bloodborne. After finishing the final boss, I still find myself scratching my head regarding a few things. The biggest kick in the pants is that the game has a very promising start. It starts with an old man operating on your character that you create. This isn’t any normal operation, of course. Your character, referred to as a Hunter, is going through blood transfusion with Paleblood for unexplained reasons. After that, your character wakes up in an abandoned clinic and learns that the Paleblood they’re after is in the dilapidated city of Yharnam. As your Hunter goes through Yharnam and the various areas connected to it, you’ll uncover some secrets about the truth behind everything that are equal levels of disturbing and horrific. Unfortunately, it never merges uniformly. There are hidden notes, various NPCs that offer some information, and a few cut scenes but these don’t help the story from feeling disjointed.

Luckily, I have no other complaints about Bloodborne. Remember that abandoned clinic you wake up in? It’s unnerving; filled with busted glassware, bloody operating tables, notes from past patients, and more. Every area you explore in Bloodborne is just as disturbing. Yharnam is a Victorian Gothic styled city that will be one of the most memorable video game worlds of all time. There are statues of crying woman, dried fountains caked with blood and vermin, knells that never stop ringing, and sewers that make me thankful that smell o’ vision isn’t a thing. And that’s just the beginning. Your Hunter will go through a multitude of areas that only have one thing in common: death. The anticipation of going through a new area for the first time has always been fun in the Souls series, but Bloodborne takes it a new level. Most areas lack any sort of music, which adds to the haunt factor. When the music does play, it could be magnificently composed orchestral production, a haunting string piece, or a church choir hymn. The voice acting from the various characters you encounter is equally great. Bloodborne’s presentation is fantastic.

As you explore the twisted city of Yharnam and it’s neighboring regions, you’ll be dealing with droves of enemies that want to kill you hard and fast. Like the Souls series, death is inevitable. However, Bloodborne’s combat is one that relies more on offence and aggression. Instead of keeping up your shield and strafing, you need to look for openings and strike promptly. Instead of sniping enemies at a distance with a bow, you will have to know when and when not to lure them to you. There is a lot going on in Bloodborne that separates it from the Souls series. At a glance, it sound like a Souls title due to the third-person perspective and the fact that dying causes you to lose all of your currency known as Blood Echoes.

First, there is no need to worry about armor weighing you down. Dress your hunter with whatever you see fit because armor counts for nothing other than style. At a certain point in the game, you can outfit your Hunter with special runes that increase their resistance to status ailments, increase their stamina, and much more. Speaking of stamina, a stamina meter is displayed underneath your character’s health meter. While aggressive fighting is favored in Bloodborne, you can’t mash your way to victory. Different weapons have different amounts of stamina usage.

The weapons are one of the games’ highlights. There are 26 weapons in Bloodborne, but don’t let that low number worry you. Aside from their unique design, each melee weapon has a trick mode that changes it’s form and it’s move-set. The Threaded Cane goes from a bludgeoning walking stick to a razor-coated whip. The Kirkhammer can be used as a short sword for quick thrusts or a concussion-causing mallet. There is so much variety in Bloodborne; it makes finding the right weapon for your play style a blast. Weapons can be upgraded and outfitted with Gems to increase their various abilities. As a Hunter, you’ll also have access to fire arms such as the Hunter’s Pistol and the Flame Sprayer. The unique thing about most guns is that they are used to set up Visceral Attacks. Mastering the timing for Visceral Attacks is crucial to survival. The moment an enemy is about to attack, firing your gun will stun them. Attacking them as they lie stunned will cause insane damage to them. Nearly every enemy, including some bosses, can succumb to the Visceral Attack.

The bosses in Bloodborne are as brutal as you would expect. They range from quick, beastly quadrupeds to faceless, four-armed blade masters. Each one requires a different strategy. When you do die to a boss, you can still recover your Blood Echoes by examining the bloodstain on the ground. However, dying to a regular enemy will require you to find an enemy in the area with glowing eyes. The glowing eyed enemy needs to be defeated to retrieve your Blood Echoes. Whether it’s a towering boss or a common foe, defeating your prey the first time leaves you with a satisfying feeling.

Bloodborne is difficult, but it’s never unfair. Each area is filled with shortcuts that lead you back to an area’s lamp, which allow you to teleport back to the Hunter’s Dream. Here, you can purchase new weapons, extra supplies, upgrade your character’s stats, and customize your character’s gear. During your journey, your character will gain Insight. This can be used to unlock new shop items, as well as purchase hard to find items. Sometimes, after receiving damage, attacking an enemy will refill part of your health gauge. With a variety of weapons, pathways, enemies, and secrets, Bloodborne never stops being fun. Is it hard? Absolutely. But, I wouldn’t have it any other way. If Bloodborne weren’t difficult, then I wouldn’t enjoy it as much.

Getting to the end of Bloodborne doesn’t take long. It can be done in about 25 hours, even with multiple deaths. Those that wish to do more after the credits end are looking at anywhere from 35 to 50 hours to earn all of the trophies due to difficult bonus dungeons and multiple endings. Even if you don’t want to do everything in terms of trophy completion, Bloodborne features a fantastic online world and high replay value due the variety of weapons and potential character builds. If not for a disconnected story, Bloodborne would be perfect. Going through Yharnam is an experience like no other. This game is recommended to everyone.

Overall, 9.5/10: Make Yharnam rain blood in this From Software masterpiece.