Check out Atelier Totori so you can play an Atelier game as it was meant to be played. 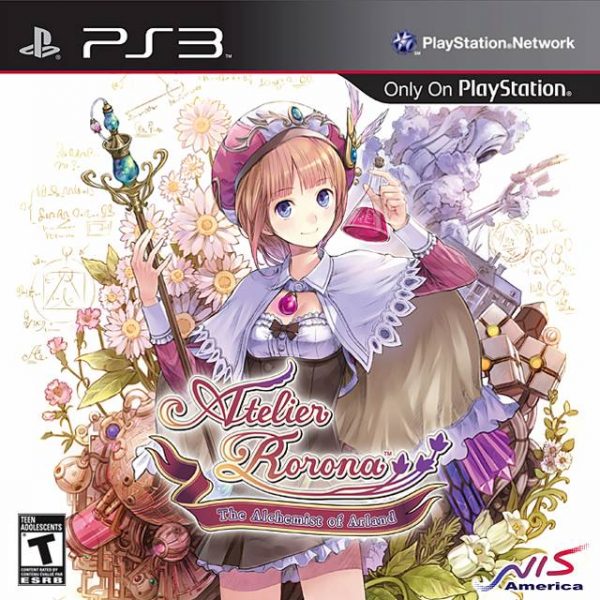 A fair amount of gamers aren’t in the work world yet. Some day, they’ll learn that time management is critical in becoming successful and, hopefully, wealthy. You’ll learn how to manage your days, your resources and get as many things done as quickly as possible. Over the years, I’ve gotten damn good at time management. However, it takes a toll on you. Even if you’re built like a brick house and have nerves of steel, a long day (or couple of days) will ware you down like a bad pair of Jimmy Choos. There is salvation, though! Video games allow you to escape and relax. But! What if a video game also made you exercise time management in a constraining way? What if this game looks like an adorable RPG on the surface bursting with potential? By this point, you probably guessed that this sort of game exists. Atelier Rorona: The Alchemist of Arland follows the formula of a traditional Atelier title. Unlike Atelier Iris, Atelier Rorona’s story is tossed aside for creating item after item before time runs out. A time limit can make or break a game and in the case of Atelier Rorona, it breaks it.

As the title suggests, the story takes place in the kingdom of Arland. Arland has shopping, restaurants and a thriving industry. It also has a workshop where a girl and her master practice alchemy. The girl is named Rorona and she has been given a heavy burden for her supple, 17 year old shoulders. Not only is she a klutz, an alchemy newbie and a bit scatterbrained, she is also now in charge of taking over the workshop before it gets shut down. Astrid, Rorona’s alchemy master, is a scientific genius but due to her laziness and apathy, has gotten Rorona into this mess. The clock is ticking for young Rorona. She needs to save the workshop in three years or face certain doom. Well, not certain doom, but she won’t be very happy for a while; I can tell you that much. You can see that Atelier Rorona is a lighthearted adventure. Lighthearted and minimal. Rorona’s quest doesn’t involve climatic plot twists or darker dealings. You have to save the workshop and that’s that. The inhabitants of Arland are a cute bunch, especially those that help Rorona during her errands. Characters like the heiress Cordelia, the waiter Iksel and the traveling puppeteer Lionela will happily follow Rorona around towns and dungeons, for a price, and you’ll get to learn tidbits about them during the process.

Atelier Rorona wastes no time in throwing you to the lions. After a few introduction scenes, you will be given an assignment to finish within a certain amount of time. When it comes to finishing this assignment, you have time. Plenty of time. In fact, the assignments are easy because you can submit a plethora of items with low quality and still achieve a good rating on them. However, there are gamers out there that enjoy doing it all. Rorona has to do more than just fulfill assignment requests. When Rorona performs alchemy, it will take away a few days and cost her some cash. Fine, you have plenty of them to spare before the assignment is due. Wait, you have to gather ingredients to make the items. Heading off to dungeons takes away more time and money depending on who you bring with you. Take off a few more days. You could buy supplies, but money is a huge problem at the start of the game. Back from the dungeon, you can make more items and turn in the rest of your assignment. Usually, this process will take Rorona 20 to 30 game days. One would think that the remaining time left would be enough to do something fun. Take on a side-quest? Look at a new area that opened up in a dungeon? Actually, you have to do both.

In the castle, you’ll get requests from a girl named Esty. These could be simple requests for basic ingredients or elaborate synthesis items. Once the request is finished, you’ll get money, a chance to spin a roulette for prizes and most importantly, an increase in reputation with the townsfolk. Esty always has something for you to do. Always. Getting that reputation up with the citizens of Arland is important because it allows Rorona to gain better rewards. Not only do you have to help out the folks of Arland with items, there will be times you will have to kill a certain number of enemies, which takes away more time. Rorona’s friends will give her requests to fulfill, too. Not only her party members, but the shopkeepers as well. Gaining their trust is essential if you want to see a certain ending and get more rewards. Thus, time will fly by. If you’re the type of gamer that wants to see everything in a single playthrough, you will be pulling out your hair trying to make everyone happy within each request’s time limit. Even an expert at time management and multitasking like myself got to a point where doing it all went from challenging to sloppy, neither of which were very fun to begin with.

Since the game’s mechanics are simple, the creators counterbalanced it with there being almost too much to do in so little time. Item synthesis, as usual, is fun and simple. Rorona can go to the workshop, pick a recipe, see if she has the right ingredients, use the highest quality and VOILA: an item is made. Eventually, items you make will be available at the shops if you work hard enough. Battles are simple, too. When you make contact with a foe, Rorona and her allies can attack them or use skills at the cost of HP. Rorona is the only one who can use items in battle. There is an elemental meter on the bottom, but it doesn’t make much difference. The battles take place in dungeons, which is where Rorona gathers materials. This is where another problem lies: inventory space. Initially, Rorona’s basket can only hold 60 items. 60! You have no idea how quickly it will take to fill that thing up. When you return to your workshop from item gathering, you can place the items in your container which can hold 999 items. This is a game with a huge – HUGE- influence on item crafting. You’re only allotted 60 slots when you’re gathering? That’s just evil.

As evil the game is at times, it doesn’t portray that look. Atelier Rorona is s cel-shaded game rich with color and vibrance. The game looks more innocent than Hannah Montana pre taking off the wig revealing Miley Cyrus. It’s a delicious looking doll of a game with expressive characters, a multitude of environments and items and plenty of pesky monsters to punish. The sound didn’t do as well. Gust’s music is what you expect: happy, folk-esque, upbeat and most of the time fun. The voice acting is the issue. Chances are you’ll be happy to switch to Japanese because even the more experienced English voice actors lack that certain flare that makes a character come to life. The main character is the worse case of this. Rorona is a clumsy character, but she’s also one with spunk. Her English voice actress does a poor job of getting that across to the players.

At one point in the game, Rorona asks Astrid why she took Rorona under wing to become an alchemist. She has two reasons: Rorona is cute and she seems to have potential. The funny thing is, those two traits (cuteness and potential) were what drew me to the game. Maybe I’m more suited to story driven games with heavy item creation like Atelier Iris. Or, maybe the time limit was too much to handle unlike Mana Khemia. Or maybe I just wanted to do it all like I do in the real world. Unfortunately, time management outside of the video game screen is enough for me. I recommend Atelier Rorona: The Alchemist of Arland for those who don’t mind not seeing it all or those who have no qualms about doing up to five or six extra plays. Rorona has some fun stuff in her adventures throughout Arland, but it’s a shame that she doesn’t have enough time to do all of them.