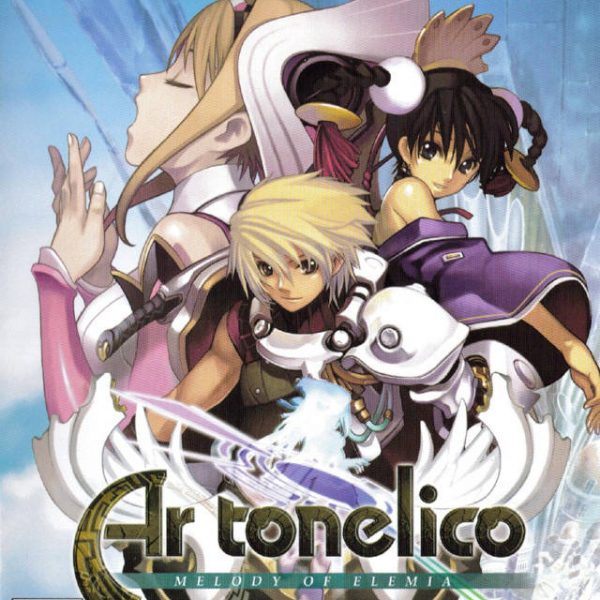 Author’s Note: This review was originally published on May 15th, 2007. I remember preordering this game from a game store miles and miles from where I was living at the time. I’m glad I decided to journey back to it that store and pick up my copy.

It’s a well known fact that RPGs usually have the most obscure titles. Ar tonelico: Melody of Elemia is no exception. Luckily, most games with obscure titles tend to be great, and once again, Ar tonelico is no exception. The combined efforts of Gust and Banpresto mixed with an excellent Nippon Ichi translation (most of the time anyways) have created a classic game that will no doubt become the sleeper hit of 2007.

The land of Sol Ciel has been through it’s fair share of disasters. The earth, sky, and advanced civilization were all lost over the many years of it’s existence. Now, all that exists is the mighty tower of Ar tonelico and the Wings of Horus below it. In the upper parts of the tower in the city of Platina, the Knights of Elemia work to eliminate a monstrous threat known as Virus. These beings come from the tower and take physical forms to cause harm to humans. The administer of the tower, Shurelia, has been given the task to lead the knights in the destruction of viruses. However, during an outbreak, things do not go as planned and Shurelia sends hot-headed Lyner Barsett down to the Wings of Horus to retrieve a might artifact that can eliminate the threat. Saying good-bye to Shurelia and his best friend and fellow knight, Ayatane, Lyner begins an incredible journey.

I only touched the tip of the iceburg in terms of the back story of Sol Ciel. I thought Xenosaga had it’s fair share of terms, but Ar tonelico has so much history and intrigue, it makes learning new terms enjoyable. Lyner’s actual adventure takes him to amazing worlds that will allow you to learn more about the tower of Ar tonelico, and the interactive world around it. Lyner’s quest is not only to save the world, but it is also one of self-discovery. This may sound unoriginal, but it is far from it. You see, Lyner meets some of the best developed characters I have ever seen in any RPG. Everyone has a story, even the NPCs, and learning about them makes the plot more enjoyable. Most importantly, the main characters are not shy about expressing their love for each other. Yes, there is plenty of sexual innuendo in this game, but for the most part the story is wonderfully told.

To touch more on the characters, there are two heroines of the story. You have the quiet and shy Aurica, as well as the spunky and free-spirited Misha. These ladies are called Reyvateils. Reyvateils turn songs into magic. As you progress through the game, you will learn more and more about these girls. How you ask? Well, I’ll get into that a bit later, but the point is that you will be learning a plethora about these two characters. Furthermore, if the right path is chosen, you can learn a vast amount of detail about a third Reyvateil who can join your party. Yes, I did say, “If the right path is chosen.” Unfortunately, this game has multiple endings and one simple choice can mark who’s ending you receive. On the other hand, that’s what multiple save files are for. Down the road, I plan on playing the entire game again to see the other endings.

Now, about learning more from your Reyvateils. This is part of the game play. Besides item creating, card collecting, equipment enhancing, and spell boosting, you can enter an area called a Dive Shop. The Dive Shops allow Lyner to enter Misha’s or Aurica’s Cosmosphere, which is a virtual world that the Reyvateil creates based on her feelings. In the Cosmosphere, you spend Dive Points (earned from battle) to learn more about the character. Not only that, but you will also be able to craft Song Magic in the Cosmosphere as well. Once you finish the current Cosmosphere level, you will create a Paradigm Shift. This indicates that you have cleared the level and that the Reyvateil’s feelings have grown. However, to be able to enter new areas of the Cosmosphere requires work in the real world. The Cosmospheres were an excellent diversion from the main game, and gave a ton of insight about your Reyvateil characters.

The other thing that reveals more to you about Aurica and Misha are Talk Topics. Whether you find them in the field or get them from a Cosmosphere, resting at an inn will allow you chat with your Reyvateil about many things. Again, these conversations lead to more information about the characters. Not only that, but they help unlock new areas of the Cosmosphere. So, as you can see, there is a cycle of events that allows you to learn more about Aurica and Misha, as well as obtain new spells.

On the topic of spells, let’s focus on Ar tonelico’s exciting battle system. You are able to have three characters in front and a Reyvateil in the back, who attacks with Song Magic. When the battle begins, you can have your Reyvatiel begin chanting a song. In battle, you will notice that there are many things going on. At the top of the screen you will see the turn order. At the right of the screen you will see how much power is stored up for the current song activated. As it continues to charge, it increases in level. Thus, the more it’s charged, the more powerful it’s attributes become, be it attacking, guarding, or healing. The bottom of the screen shows the Harmonics Gauge. There are two colors here, blue and purple. As your warriors give damage, the blue gauge goes up, but when they take damage it goes down. The purple gauge is for the Reyvateil, and this always goes up. When the gauges collide, you will get an increase in power, skills, and song charge speed. By filling up a red gauge above it with powerful song magic, you can continue to increase the power of the gauge and ultimately use super powerful attacks. This also allows you to charge up songs at a very fast pace. Your front-line fighters have a variety of unique skills at their disposal, as well as plenty of items to use.

Unfortunately, this game is easy. Most of the spells your Reyvateil can use aren’t nearly as effective as normal attacks. Thus, random battles require little song magic. Bosses are a different story, but you will still find yourself hardly challenged. There are some nasty things the enemies can do though, the main being target your Reyvateil with a charged attack. However, when this happens you will be given the Protect option. The enemy will attack the protector instead of the Reyvateil, and you can then perform a powerful counter-attack on the foe. If all three characters counter-attack in succession, then the last character will perform a devastating final attack. But, this is rare when it happens. Usually, the bosses are a push-over. While the end game foes can give you quite the run for your money, you will have plenty of spells at your disposal to completely decimate what they throw at you. Couple that with endless items and you are looking at a cake-walk RPG. Is this a bad thing? Not at all, especially after having played the very taxing Rogue Galaxy. However, some more of a challenge would have been nice.

In typical Gust fashion, you will be looking at a gorgeously drawn 2D world with 2D anime sprites. From the monsters to the mazes, this game was beautifully made. However, for a world so wrapped up around music, you would think that the tunes would be a bit better. Half of them sound great, while the other half of them sound bizarre. Still, the sights and sounds of Ar tonelico captivated me from the start of the adventure. One great thing about the graphics is that the completion of a Cosmosphere level grants your Reyvateil a new costume. Seeing these in action is great.

This adventure will last you about 40 hours or so. If you want to see all of the endings, then that will give you another 40 hours. There are plenty of treasures to find, as well as items to make. After you save your complete game, you will find that you have unlocked some Extras. You can watch movies, listen to the music, view character art, and see how many things you covered with your Reyvateils. Because it is an RPG, you should buy this game. If you buy it new, you will be treated to a delightful box set. Besides the game, you will get a hard-cover book, 52 pages long, that features the entire history of Sol Ciel, more beautiful character art, and extra information about the characters you meet.

I was upset by the fact that this game had multiple endings, and lacked a moderate challenge. But in the end, these flaws were easily overlooked. A great story, amazing characters, and an exciting battle system were rolled up into a successful title. If you like RPGs, you will like Ar tonelico, bottom line. Escaping into the world of Ar tonelico was great, and I recommend others do the same.