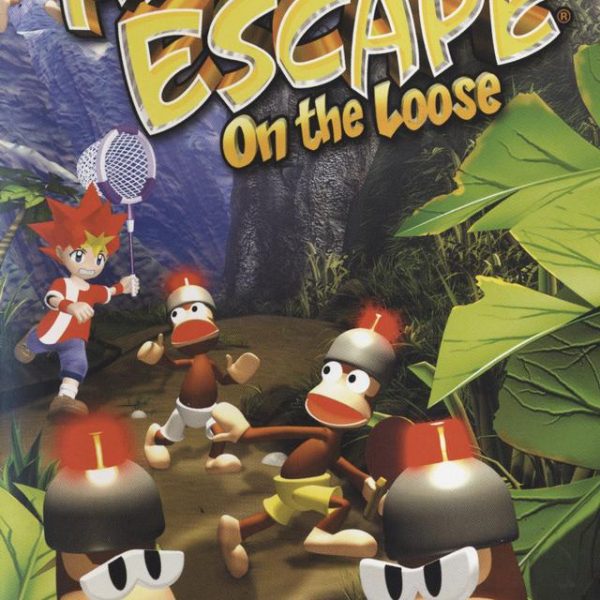 Author’s Note: This review was originally published on September 26th, 2006.

The first time I tried an Ape Escape game was when it was on display at a store. With the simple and fun controls and the adorable graphics, I became intrigued. Receiving Ape Escape: On The Loose as a gift was great because not only was it my first game in the series, it was on the PSP. The game was fun, but unfortunately I wasn’t hooked on it like I thought I would be. After getting a little ways through the game, I decided to cash it in and put it towards something else.

“But Kashell, you said you were intrigued from what little you played of the Ape Escape at the store!” Yes, that’s true. I didn’t clarify which game I was talking about, however. The game I played on display was for the PS2, not the PSP. The main reason why the PSP AE didn’t do it for me was because the control scheme was completely different and the sad thing is that there isn’t any way to make it like it was on the PS2. The PS2 games require the use of both analogue sticks. In the PSP Ape Escape, you have the left analogue stick to move, and the triangle, square, and circle buttons to use for your gadgets. I thought that I’d be able to get used to the new formula, and I did after about three minutes, but in all honesty I wasn’t feeling it after I finished about ten or so levels. Don’t get me wrong, because other than the camera that decides to not work every now and then, the controls in the game were solid. Acquiring new gadgets used to capture the apes was fun, but using them was another story.

Speaking of stories, Ape Escape features an adorable story-line for adults and kids alike. You play as Jack, a hyper-active kid who is out to capture a bunch of apes that are under the control of Specter. Specter was once a normal monkey, but after finding a helmet that grants superior intellect, he decided to take over the world with the apes fighting at his side. Only Jack and his trusty net can get all of the apes back and stop Specter. As I said, it’s a cute as hell story-line with a fun character cast and a crazy world to explore.

Having Jack explore the ape world requires you to travel some very exotic locations. These locations look great. Filled with color and vibrancy, the stages you travel through were done well. The characters and enemies are a mixed bag. Some of the designs are cute and fun, while others could have been done better. Thanks to the camera often times not working properly, you can see the enemies come apart or have Jack experience a bit of a lag while he is traveling. This happens often, and I found it annoying. Just as annoying was the cheesy voice acting that the game had. I would’ve been perfectly happy if the acting was left in Japanese or there was no speech at all, but that was not the case. The music was also a bit of a disappointment. The tunes attempted to be quirky and fun, but ended up being un-noticed. Really, I can’t recall any of the tracks. The graphics, music, and sound all have their pros and cons. However, none of these departments cause a problem for actually playing the game.

And quite frankly, the game was fun and I enjoyed the little bit I played of it. This is definitely a rental type of game. After you get all the gadgets, you should have no problems getting all of the apes captured. Final completion time could take you about five hours at the most. For me however, I did not find the new control scheme enjoyable. Ape Escape is a series that belongs on systems that have two analogue sticks, namely the PSX and PS2. If you are in a desperate need for an Ape Escape game, I say you should get one of the titles that are out on a home console. If you are in desperate need for a PSP game that is of the action/adventure genre, I am sure you can find something else to satisfy your hunger. I enjoyed the cute story and characters, and the visuals were pleasing at times. However, going from one rudimentary yet excellent control scheme to a plain rudimentary one can break all the good that any game has. With Ape Escape: On The Loose, that’s what it did to me.