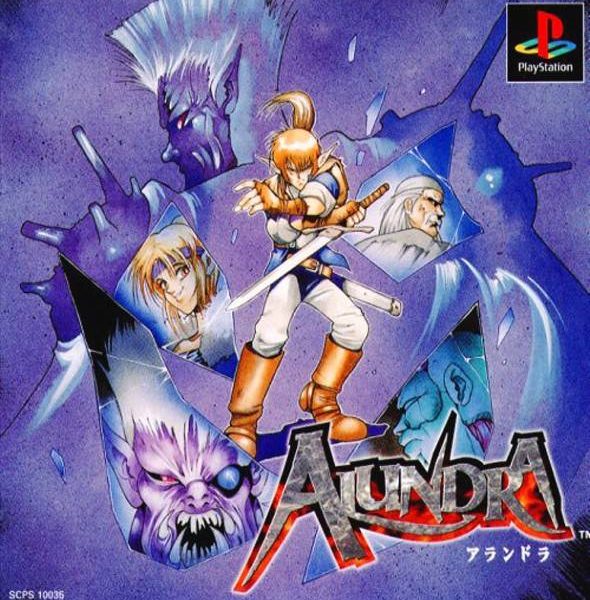 At my age, it takes a special type of game to make you sacrifice sleep. Games like this don’t come around too often. When you think about it, it’s probably for the better because according to the U.S. Centers for Disease Control and Prevention, over 25 percent of Americans experience occasional sleep deprivation. Alundra has a certain something about it that makes you want to press on and explore the unknown. In doing so, you lose an extra five minutes of sleep. Five minutes turns into ten minutes. Ten minutes turns into an hour. The vicious cycle continues until you realize that you have to go to work the next morning and you’re energy level is at an all time low. There is so much of this sleep deprivation inducing exploration in Alundra and it’s ironic that the game is about dream walking.

Actually, Alundra is more than just a tale about dreams. While traveling into people’s minds in the village of Iona is a big part of Alundra’s quest, he also has to learn more about his past, the diabolical Melzas, a vile curse and the fate of the villagers in Iona. When he gets marooned on a the shores of the above mentioned village, Alundra’s quest begins as he travels through caves, forests, swamps and the dreams of people to cure them from deadly nightmares. It’s a unique concept and the excellent (but often times ridiculous) translation provided by Working Designs does a great job in elucidating every villager and villain. Alundra is a silent protagonist, but the rest of the crew does enough talking for him.

Alundra’s silent treatment is very similar to that of another pointy-eared adventurer. In fact, Alundra and a green-wearing hero share many similarities in how they get the job done. Alundra moves on a 2D plane in eight directions. He can jump, pick up jars and boxes, throw them, weed whack with his weapon to uncover money or health, use a bow and arrow, throw bombs, solve tricky puzzles, cast magic, gather keys to open locked dungeon doors and other typical adventurer stuff. So, does anything separate Alundra from the ocarina elf? Not really, but it’s a formula that works and works well for Alundra. Alundra gets weapons and magical items, and his story is much darker and developed than one that would occur in Hyrule. Furthermore, to Alundra’s credit, the puzzles are unlike anything you’ve ever seen before. They’re brutal and will make you think hard for their solution. Usually, spelunking and searching with Alundra will be an enjoying affair. However, it’s not without faults. Alundra isn’t always told where exactly to go, which can lead you to wandering around aimlessly until a plot point occurs. Worse, Alundra would have benefited from having an in-game map available at the push of a button. Alundra’s jumping abilities are awful, so be prepared to do a fair amount of trial and error with the difficult jumps.

The graphics in Alundra combine classic 2D sprites and backgrounds with some fluid animations. Some may argue that the graphics are on the level of the Super Nintendo or Genesis, but there’s no way that 16-bit consoles could pull off an opening movie, a surplus of text or the huge variety of character models. The department that’s lacking is the music. There are a variety of tracks that have a fair amount of instruments, but they lack anything inspiring for an adventure game. Even the overworld theme lacks the drive that makes you want to set off and explore the unknown. The sound effects aren’t much better. The satisfying thwack of Alundra’s weapons against enemies is undermined by the rest of the effects.

Alundra’s claim to fame is the lengthy 30 hour adventure to be had. Despite it copying other adventure games, you will find something unique about it. There’s a hefty amount of dialogue and a huge amount of exploration. Perfectionists will enjoy searching for all of the hidden Life Gems, Magic Seeds and Gilded Falcons. The Gilded Falcons will allow Alundra to acquire fabulous items, but getting all of them isn’t necessary to complete the game. Furthermore, acquiring one of them requires you to play a despicable mini-game based purely on chance. So, pick your battles. Finally, it’s important to mention that Alundra is addictive. Acquiring an item that lets you enter an area you couldn’t before keeps the excitement and sleepless night factors high. Alundra is an old title with some flaws, but there’s an undeniable aesthetic it holds that fans of adventure games will enjoy from start to finish.