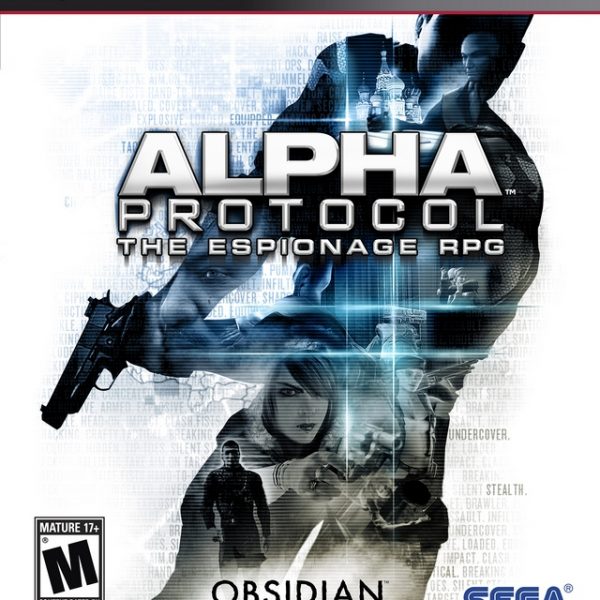 In this economy, being a video game player is tough. Your job can get flushed down the toilet in the blink of an eye and with it go the dreams and hopes of buying a brand new video game. This is why research is important before making a selection on a new virtual project and impulse purchases are risky. Cash that could have been for something fabulous may end up wasted on something you bought on a whim. Luckily for me, I made the right decision in fronting the money over for Alpha Protocol. I knew very little about this so called espionage RPG. Ok, scratch that. Like a good espionage agent on the lam, I knew nothing about the game or what to expect. In the end, I got a fantastic experience that was unique, riveting and full of choices that made no two adventures the same. The most important thing about Alpha Protocol is that it gave it me hope for current generation video games. Nothing will recapture the magic I experienced with Playstation and Playstation 2 video games, but Alpha Protocol came close.

However, before I start gushing like a proud parent about Mike Thorton and his escapades, I have to get the bad out of the way. Friends, the graphics in this game need a bit of polish. Facial expressions and movements look realistic enough, almost on the level of Heavy Rain. Characters get plenty of face time; enough to make a cosmetics model jealous. Outside of the conversations and interactions, graphics have a tendency to fall behind the rest of the game engine. Scenery and enemies will glitch and look like a mess of polygons. Often times, you will turn around and see scenery turn into a black pile of nothing. The camera works fine when you’re furtively moving from area to area or rushing in with your guns doing the talking, but depth perception can often be mangled due to the graphics not catching up with your character moving at a brisk pace. Extra care should have been taken in designing the ways characters moved. That said, the architecture, designs, structures and decor of the various countries you travel are excellent. Furthermore, the music and voice acting are exceptional.

Now then, onto Mike Thorton and what’s going on in the world of Alpha Protocol. The game begins with a missile blowing up a passenger jet. Wanting to investigate the incidents behind this, Mike Thorton joins the government agency of Alpha Protocol. After initiation, he is sent to Saudi Arabia to perform reconnaissance and stop further attacks. However, Mike gets attacked by the same missiles that blew up the jet. Now a rogue agent, Mike will travel to Rome, Moscow and Taipei to uncover a hidden agenda behind Alpha Protocol, a company called Halbech and a slew of unique individuals who may or may not be trying to assassinate Mike. The choices Mike makes with these people will influence the turn of events that will lead you to the shocking truth.

The ending events reveal the same thing, but getting there is a different experience every time. When Mike talks to people, he is given choices of how to deliver his responses. He can follow any of the JBs that have made their mark on the espionage industry. Mike can try to be suave like James Bond, but note that sarcastic remarks don’t always yield positive results. Mike can also try to be professional like Jason Bourne, but certain individuals don’t respond well to the diplomatic approach. Finally, Mike can be the aggressive Jack Bauer type. Blunt and honest remarks get the point across, but sensitive individuals will get upset and those that demand respect will frown upon you lacking deference. The choices are limitless and as you respond to the plethora of well developed characters, you will build relationships with them. Whether they like your or dislike you will determine whether or not they help you or leave you for dead. Uncovering the plot behind Mike’s face on wanted posters through discussions, emails and dossiers will leave you on edge until you get to the thrilling conclusion. However, getting there with weapons, armor and stealth adds to the fun.

Taking a cue from Tenchu, Resident Evil 4 and a variety of simple RPGs, Alpha Protocol plays like a charm with a combination of stealth, gun play and exploration. Before a mission begins, Mike starts in a safe house. Here, you can respond to emails, purchase weapons and customize Mike’s appearance. Mike can take two weapons, a variety of gadgets, body armor and accessories on his missions. The four types of fire arms are pistols, assault rifles, shotguns and SMGs. The gadgets include grenades, mines, incendiary grenades, first aid kits and many more. When it comes to body armor, you have a variety of choices. You can go with gear that has little endurance but makes you quiet as a mouse, or go for the opposite. It really depends on what type of character you want to create. Character customization for Mike uses an ability point system. When Mike levels up, you will get AP to spend on certain skills. Increase his proficiency with gadgets to make them stronger, or increase his health to make him tough as nails. Shaping Mike to be a powerful spy slowly unlocks abilities such as turning invisible, executing powerful shotgun blasts or sensing enemy locations.

On the field, Mike is clearly a pro at what he does. Mike can pick locks, hack computers, fuse circuits and perform some impressive stunts as he tries to accomplish his mission. Having the ability to duck behind most objects and move while in a crouched position, Mike can perform lethal stealth kills on unsuspecting enemies. On the other hand, Mike can also bust out two SMGs and go ballistic on his enemies. Choice is the key for most missions not only in conversation, but in combat as well. If you decide to use your guns and gadgets, you’ll feel right at home if you ever played a game with an over-the shoulder, third person perspective sight system. Aiming is painless and gadgets are simple to use. Certain boss fights can seem unfair, but the game is forgiving in that each area has multiple checkpoints in case you run out of energy. There is also a fantastic auto save feature that will let you pick up the game right where you left off. Mission maps are different from each other. As you progress through missions, Mike will obtain experience points. By the time the mission ends, you can use any AP you’ve acquired to strengthen Mike in any way you see fit.

Alpha Protocol will last about 15 to 20 hours. For those who want to see different sides of the story, unlock all of the trophies and try different character builds, Alpha Protocol will take up much more time. Getting all of the perks, which are little bonuses that increase your AP and experience points, as well as all of the trophies, might take a bit of FAQ reading. However, it is worth it to get it all because this lets you see it all. The great thing about Alpha Protocol is that there are copious options available to you and it makes subsequent files different from each other. Aside from the issue with the graphics having a tendency to get messy, Alpha Protocol is a satisfyingly solid game. Moving with the aplomb of a ninja or going into a gun fight with a rifle is part of the satisfaction, but there is an equal amount of satisfaction in knowing that your words and choices will alter the fate of nations.