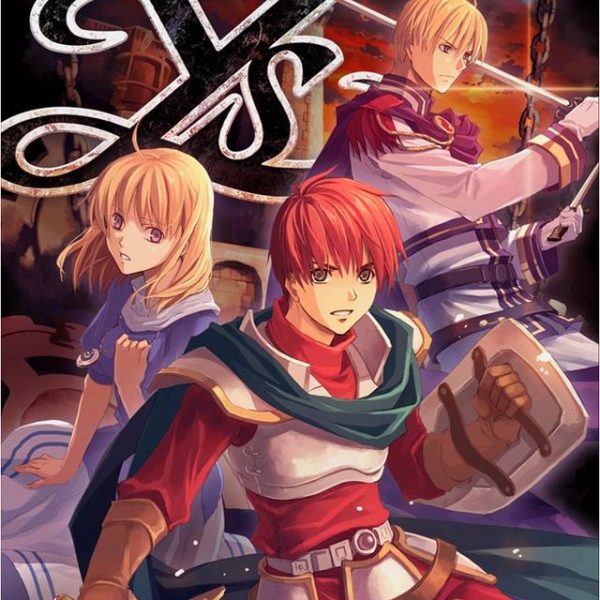 Author’s Note: This review was originally published on December 15th, 2010.

This certainly has been an eventful year for Ys. At least for me. Once Ys 7 ended, I knew I was ready for more and Ys: The Oath in Felghana came at just the right time. A remake of Ys III: Wanderers from Ys, this version of the game was perfect for the PSP. Ys III has always been regarded as one of the best games in the entire franchise, and this remake is proof as to why that is so.

The first Ys III was on the Super Nintendo and had a style similar to the second Zelda adventure. While it still looks serviceable today, it was remade in 2005 for the PC with an all new look that combined 3D backgrounds and 2D sprites. The PSP version took the PC version and upgraded it slightly for the portable. The colorful, crisp sprites and detailed environments are back, but this time there were anime portraits and new animated scenes. Ys III also had a wonderful soundtrack that only the creators of Falcom could create.

The presentation got completely revamped for the PSP, and the script got a buffed and polished make-over, too. Ys III takes place in Dogi’s home of Felghana. Adol and Dogi have come for a visit, but they get greeted by monsters. Dogi’s childhood friend Elena informs the warriors that Count McGuire’s tyrannical rule is getting out of control, monsters have been running amok all over the place, and that Elena’s brother, Chester, has been missing. Adol, the good man that he is, decides to help out. The good thing about Adol’s quest is that it takes place in a more cozy setting. Instead of wandering around a vast landscape, Adol’s quest is only in Felghana. There is one town, a handful of townsfolk, and about five to six dungeons that will give Adol a 15 to 20 hour quest.

During the quest, the real fun happens. Adol is as capable as ever and it shows by his sword and acrobatic skills. Ys III features some tricky platforms to cross, but the game has some forgiving features for those who aren’t as skilled at platforms as others. Myself? I kicked platform butt! Anyways, Ys III will often times require Adol to jump, double jump, and then execute his wind magic to create a cyclone that grants him more air time and land safely. Magic plays an important role in this game. Besides the wind magic, he’ll get fire magic to light torches and earth magic to break walls. Magic is used for more than just puzzles. As you collect gems, it gets more powerful and deals more damage to the enemies. Of course, Adol is more of a swordsman than a magician. He can do various types of attacks. His swords, shields and armors can be powered up to the three times. As he gives and receives damage, he’ll build up a meter that is used to make Adol a force to be reckoned with. This meter is perfect for the grueling boss battles. Yes, these giant menaces can be tricky, but perseverance is key to success. If they get too tricky, you can lower the difficulty. One of the interesting features of Ys III is that there are no healing items. Monsters will drop money, but they will also drop recovery items that get used immediately. Some will increase Adol’s attack, defense, and MP recovery. The fast paced action never stops in Ys III. Whether you’re performing a dangerous jump or finishing off a giant boss, Adol has his work cut out for him. Luckily, you’ll be having a blast controlling him every step of the way.

The fun doesn’t stop with story dungeons, of course. Adol has plenty of side quests to keep him occupied. Furthermore, as he unlocks new abilities, he can go back to previous areas and discover new secrets. As mentioned, doing about everything Ys III has to offer will take about 15 to 20 hours. Of course, finishing the game unlocks new difficulty levels and character art. It also grants you a new game plus option for those who wish to hold on to their progress. As expected, Ys: The Oath in Felghana for the PSP was a pleasure to play. Some of the side-quests were easy to miss and a few of the bosses were too cheap for Adol’s abilities, but those were the only problems from making the game a perfect ten. If you need an action/RPG with fast action, perilous platforms, and non-stop fun, then look no further than Ys: The Oath in Felghana.